Maverick Vinales says the introduction of Cal Crutchlow as Yamaha MotoGP test rider for 2021 has allowed him to “concentrate on racing”, following his commanding Qatar GP win.

Vinales stormed to victory in last Sunday’s 2021 season-opener at Losail after surmounting a quartet of Ducatis and Yamaha team-mate Fabio Quartararo.

Over the winter Yamaha installed three-time MotoGP race winner Crutchlow as its new test rider, with the Briton present in the Qatar test earlier in March.

Vinales says he tried Crutchlow’s bike during the test and found it “fits fantastic for me”, while hailing the change in “mentality” towards race weekends he is now able to take with the Briton in the background evaluating new parts. 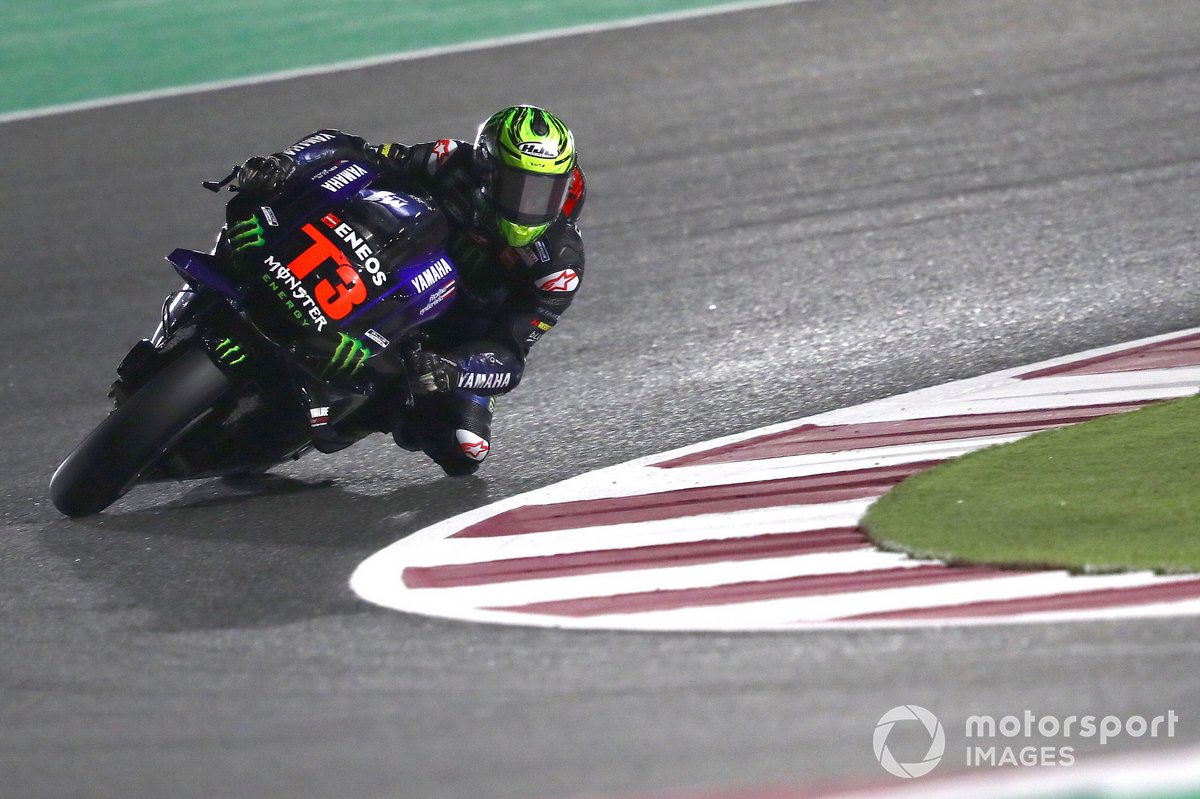 “I was quite surprised because on the last day of testing I tried his bike and it fits fantastic for me.

“So, it helped me a lot to stay concentrated on racing and not concentrate on trying [new] things and this is a totally different mentality from last year because sometimes we needed to test many things.

“I wish everything works, but normally nothing works when you try on a race weekend.

“And this looks like it gives us a lot of calm because we know when Cal will says something is good, it will be good.

“And it’s something I believe in, and for sure now in the next days Cal will have another test and we will work especially on the power delivery of the bike because sometime it’s too much and we need to work very strong on that.

“But it’s just the feeling, the feedback is very similar and this is very important.”

Crutchlow is due to test the Yamaha again on 12-14 April at Jerez, where Andrea Dovizioso will also be present with Aprilia.

During the Qatar weekend, Fabio Quartararo felt the “story” of the Yamaha being an easy bike to ride was over.

Vinales agrees with is team-mate that the 2021 M1 – which has improved turning thanks to a lighter chassis – requires an aggressive style, notes this must also be tempered by an equally smooth approach.

“What I try to do is to help the bike a lot,” Vinales explained.

“I try to be aggressive but in the same way smooth; I try to brake late and hard, but at the same time I try not to move the bike a lot.

“And somehow the Yamaha likes this, finally what you need to do is understand the bike and try to help it.

“And it’s what we need to do. We don’t touch it too much, I just try to work really hard on the riding style, just go corner by corner and really improve myself.

“Overall, for sure you need to push the bike, it’s not that kind of bike that before was mantequilla [like butter].

“It’s not anymore, now you need to push, you need to brake late, you have to open [the throttle] aggressively.

“But at the same time, you need to be smooth.

“So overall I feel we built a good bike. It’s just the first race. We need to see, especially in Portimao, Jerez, if it’s good.”

Rossi “had to struggle” in Qatar MotoGP race