MotoGP Styrian Grand Prix winner Jorge Martin admits the early red flag proved fortuitous for him as he was struggling with his tyres in the original start.

Sunday’s race was stopped on the third lap for a fiery crash involving KTM wildcard Dani Pedrosa and Aprilia’s Lorenzo Savadori – which left the latter with a broken ankle and has ruled him out of next week’s Austrian GP.

Pramac rider Martin had been running in the lead group in the original start but admits he “almost crashed” chasing factory Ducati counterpart Francesco Bagnaia.

Struggling with his hard front/medium rear tyres, he was able to switch to fresh options for the second start which worked better for him and allowed him to claim his maiden MotoGP victory.

“It’s been a nice weekend for me,” MotoGP’s newest winner said. “Friday I didn’t feel so confident, but I knew I had a big margin for Saturday.

“Saturday as soon as I went on track I was super competitive. Then we did the good job in FP4 trying with used tyres and I felt super confident.

“For sure I didn’t have the pace of Fabio [Quartararo] maybe, or Pecco, but I was close.

“Then with some steps in the right direction, making the pole position was amazing, but today the first start I felt OK but I had a lot of moments with the front tyre.

“So, luckily they stopped the race. I hope Savadori is OK, but luckily I could change both tyres and I felt super good in the second start.”

“Today as soon as I went out of the pitlane I saw that the front wasn’t working perfectly and also when I was behind Pecco, in the second-last corner I almost crashed in the second lap.

“So, I was a bit scared, but luckily I had another new tyre and it was perfect.” 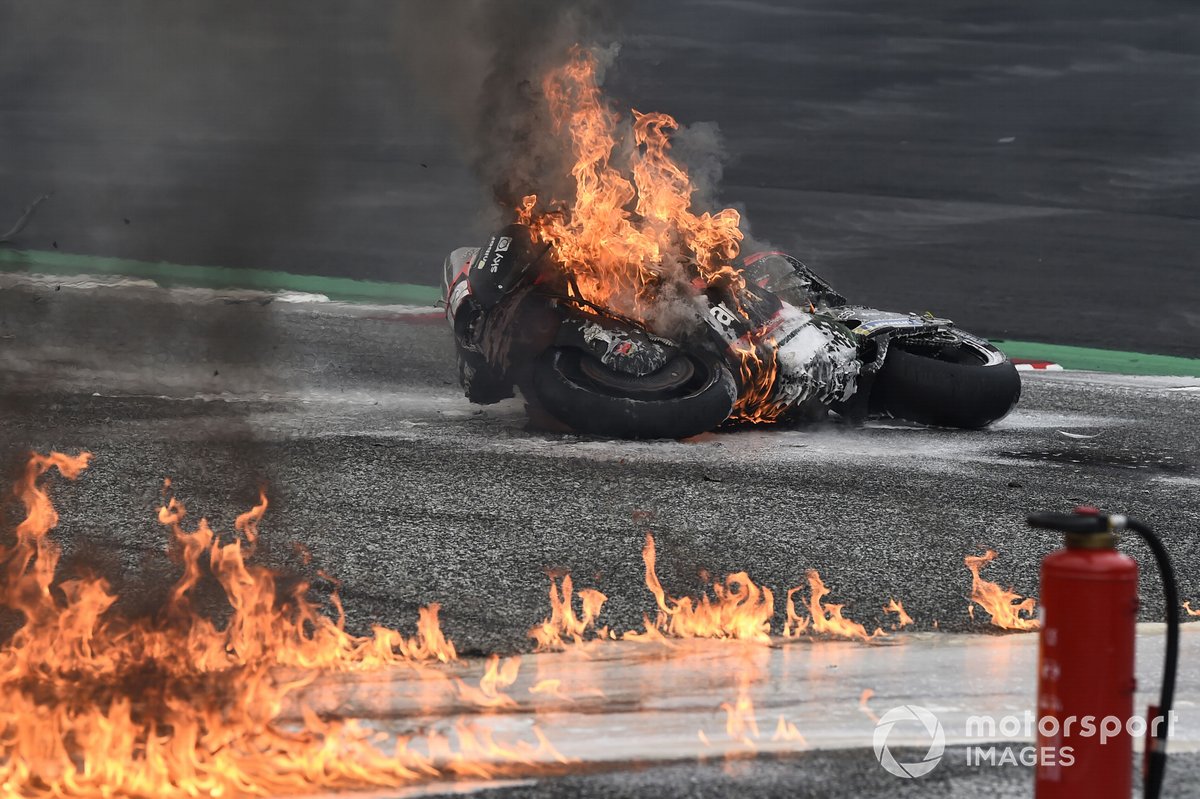 Martin took the lead early on in the second start and resisted race-long pressure from Suzuki’s Joan Mir, eventually opening up a gap to the Suzuki rider in the closing stages.

The Pramac rookie says this gap was ultimately “necessary” for him as he began to struggle with his physical condition, as he continues to recover from the wrist injury sustained in a crash in Portugal in April.

“As soon as I could, I took the lead, trying to put my pace because I knew today was a race just to be constant all the race, and I was able to keep this 1m24.3s, 1m24.2s the whole race,” he explained.

“Joan was super strong today, but when I saw this little gap of two tenths in the board I just tried to put a little bit more in the track making this gap was perfect for me and necessary also because the last laps my physical condition wasn’t great.

“But, really happy for my team and also for Ducati because here it’s so important to win for them.

“I wasn’t expecting to be the rider to win but finally I did it.”