Pramac Ducati’s Jorge Martin took his maiden MotoGP victory after resisting immense pressure from Joan Mir in a Styrian Grand Prix that was red-flagged for a fiery incident early on.

Martin is still recovering from a wrist injury he suffered in the heavy crash in Portugal which ruled him out for four races, but - much like he did in the Doha GP – he absorbed all the pressure mounted on him by reigning world champion Mir to claim a sensational first win for himself and the team.

The race was red-flagged after a fiery incident between Dani Pedrosa and Aprilia’s Lorenzo Savadori, who struck unsighted the stricken KTM of Pedrosa at Turn 3 after the wildcard had fallen.

After a lengthy clean-up operation, the race was restarted across 27 laps at 2:40pm with the grid order based on the original start.

Having led the opening two laps at the first start, Ducati’s Francesco Bagnaia had a nightmare start to the second race, dropping way down the order on the opening lap.

Team-mate Jack Miller shot into the lead at the second start having fluffed it on his first attempt, with poleman Martin slotting behind having made a brief assault on first.

Martin eventually found a way through on Miller at Turn 2 on the fourth lap, with Mir guiding his Suzuki into second soon after.

Championship leader Fabio Quartararo climbed up to third on the factory Yamaha at Turn 3 on lap seven, with that battle raging on through Turns 4 and 6 – Quartararo getting the better of the Ducati rider.

But this allowed Martin and Mir at the front of the field to pull away by over a second, with the leading duo running line astern for much of the race.

By lap 19, Martin began to stretch his legs and put eight tenths between himself and Mir, who would make a mistake under braking for Turn 3 three tours later. 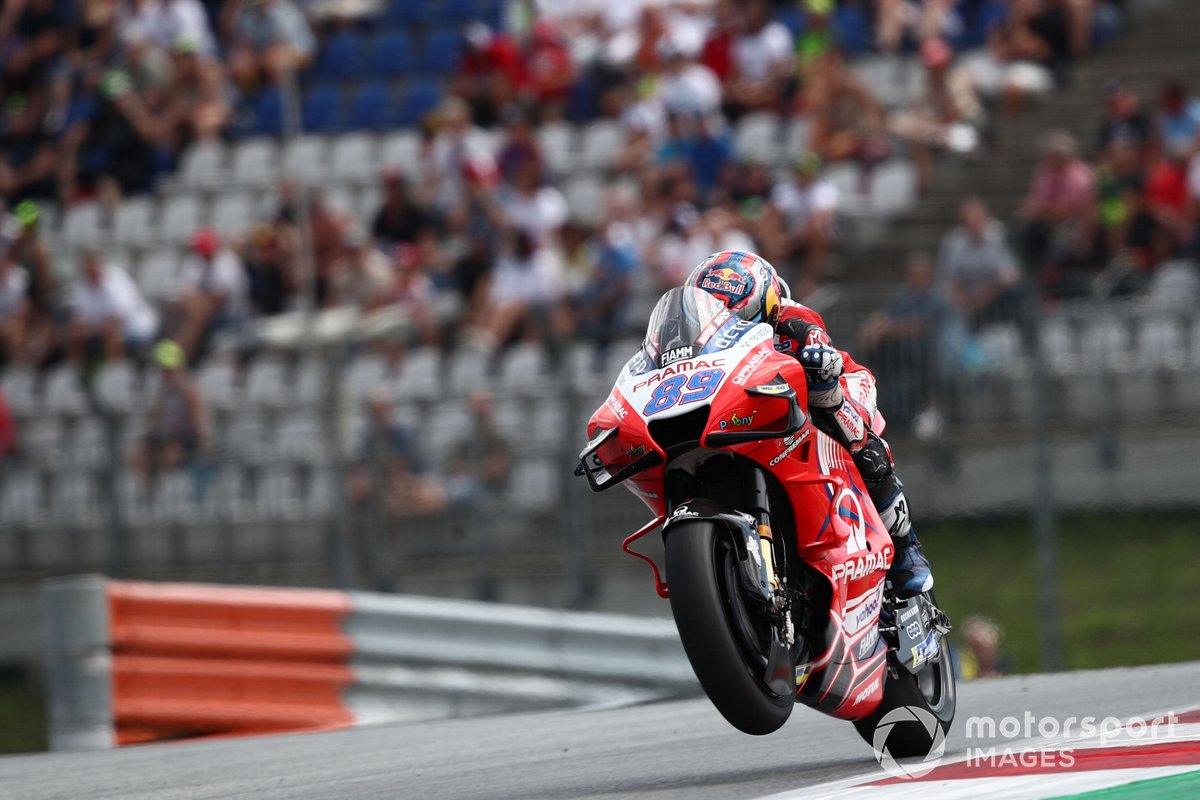 Martin’s lead extended to 1.2s as a result, and as the Pramac rider continued to hammer out a strong pace Mir waved the white flag on his charge.

Coming under no threat over the final laps, Martin took the chequered flag by 1.5s from Mir, while Quartararo completed the podium to extend his championship lead.

Quartararo’s afternoon was made easier when Miller crashed at Turn 7 on lap 18, dealing his championship hopes a potentially fatal blow as he slips 72 points off the lead.

Alex Rins was seventh on the sister Suzuki while Marc Marquez recovered to eighth after running off track at the first corner in the opening stages.

The Honda rider had two first-corner collisions with Aprilia’s Aleix Espargaro on both starts, the former leaving Espargaro utterly furious.

After his scary crash, Pedrosa took the restart on his spare KTM and was promoted to 10th in his first race since Valencia 2018 when Ducati’s Bagnaia was given a three-second penalty for failing to comply with the long lap penalty. 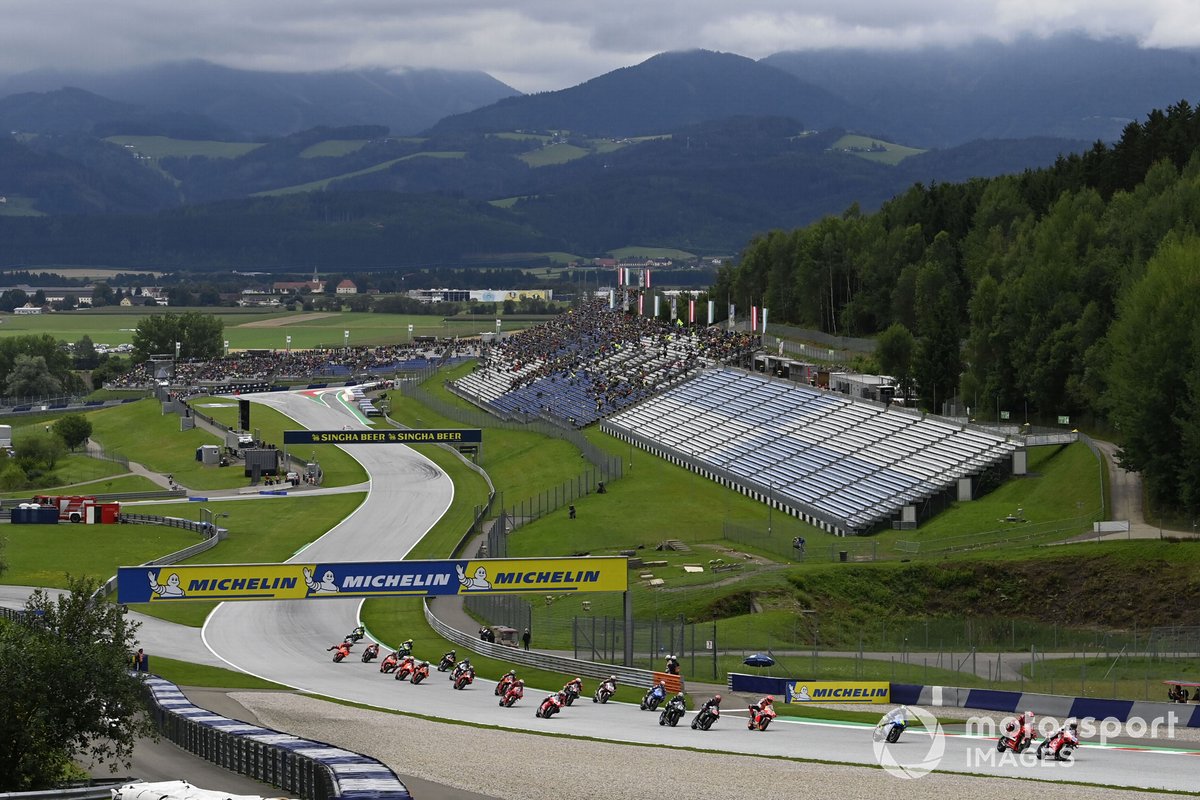 Pol Espargaro ended up without points on his Honda after a long lap penalty, with SRT stand-in Cal Crutchlow and Tech3’s Danilo Petrucci 17th and 18th.

Maverick Vinales was last on the other factory Yamaha after he was forced to start from pitlane when he stalled his bike on the grid for the restart.

Copping a long lap penalty for track limits, it’s the second race in three where Vinales has finished last.

KTM’s Miguel Oliveira retired with a mechanical issue, while Savadori did not take the restart.

Quartararo’s championship lead now extends to 40 points from Zarco, while Mir has closed in slightly to 51 behind.