Pedrosa crashed at Turn 3 on the third lap of Sunday’s race at the Red Bull Ring and his KTM was left stranded on the racing line.

Aprilia’s Savadori was caught unsighted as he exited the corner and smashed into the KTM, launching him off his bike as both machines erupted in flames from the contact.

Fire spread across the circuit at Turn 3 and necessitated a lengthy red flag period, while Savadori suffered a broken ankle and will miss next weekend’s Austrian GP.

Pedrosa was able to take the 27-lap restart and finished 10th in his first race since retiring after the 2018 Valencia GP.

The Spaniard was at a loss to explain why he crashed and doesn’t think he’s ever been in a situation where he was left stranded on circuit while bikes flew past him.

“So, yes, a rough start in the first race because I don’t know why I had this crash,” he said.

“I think it was third lap and maybe I touched the inside line or maybe the tyre was too cold on the right-hand ride; I was using the hard compound on the front with these colder conditions today.

“I don’t know why, I went into the turn when I was at maximum angle and I just tried to pick up the bike out of the turn and the bike didn’t pick up and I stayed on the floor.

“I spun in the middle of the track, unfortunately Savadori hit my bike and he’s hurt, so I’m sorry for him.

“But I was very lucky, I don’t think I had this situation before in my career, so it was a little bit of a shock seeing all the bikes passing by one side and the other.

“But fortunately, it was all good for me.” 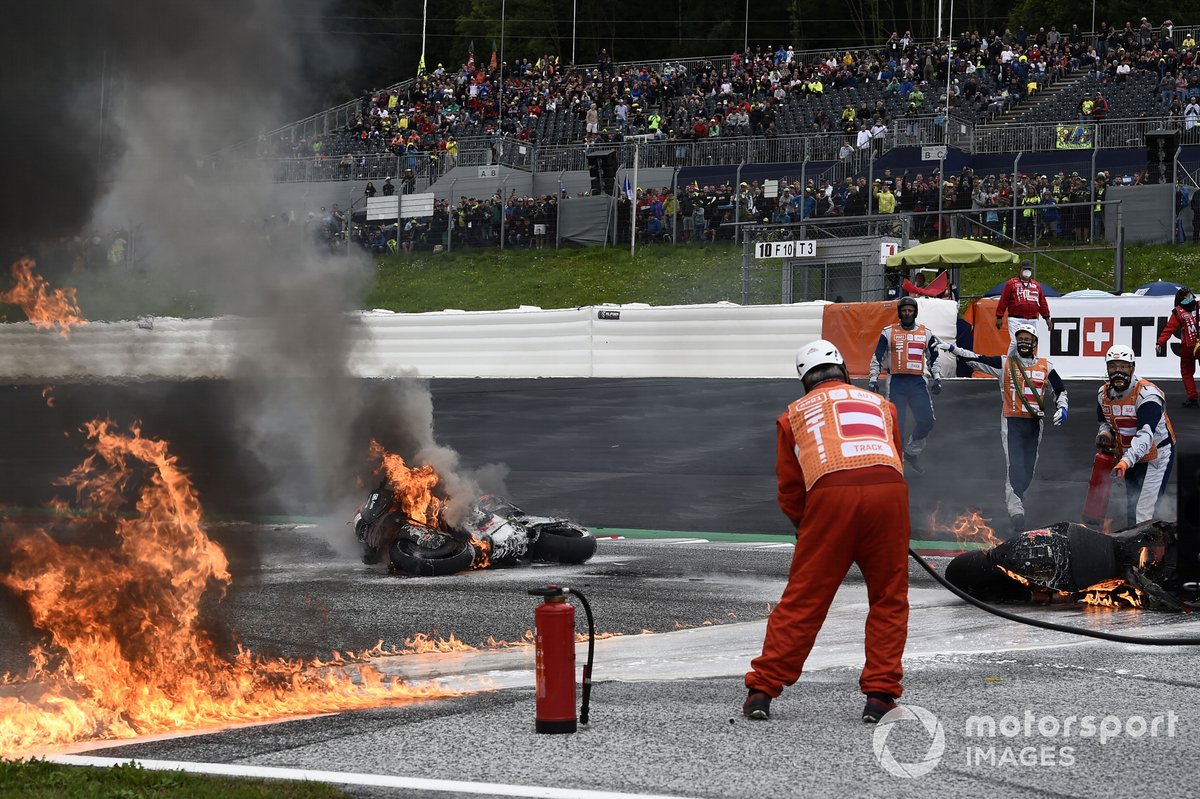 This was the third-successive MotoGP race at the Red Bull Ring to be red-flagged for a serious incident, once again raising questions over the safety of the circuit for premier class machinery.

But while most riders agree safety does need to be improved, many believe Sunday’s accident was one that could happen anywhere.

“They were lucky. It was good that they were both OK, obviously Lorenzo’s got an injured ankle but I’m sure he’ll be back soon.”

“That can happen in any track, when one bike crashes and another one hits it when everything is so close together.

“So, I don’t think that was the track’s fault today.”