Pol Espargaro believes Honda will find it "difficult" to manage its Marquez brothers MotoGP line-up in 2020, especially as the pair are "very close" off-track

Both have spoken at length over the winter about the intra-team dynamic, with Alex admitting Marc hasn't offered much in the way of advice ahead of his debut MotoGP campaign.

Espargaro currently shares a MotoGP race track with his Aprilia-mounted elder brother Aleix, but admits he wouldn't like to share a team with him.

Speaking to Sky Sports Italia, Espargaro says the "beautiful" relationship the Marquez duo have will make Honda's job in managing them "even more complicated".

"It will be difficult for both, not only for Alex," Espargaro said when asked to comment on Honda's 2020 line-up.

"Alex is in his first year on a difficult bike. In addition to this, he will race alongside his brother, who he obviously knows very well.

"But there is a special rivalry with the brother. I don't like racing with my brother in MotoGP; to imagine [racing in the same team], I wouldn't like it at all. 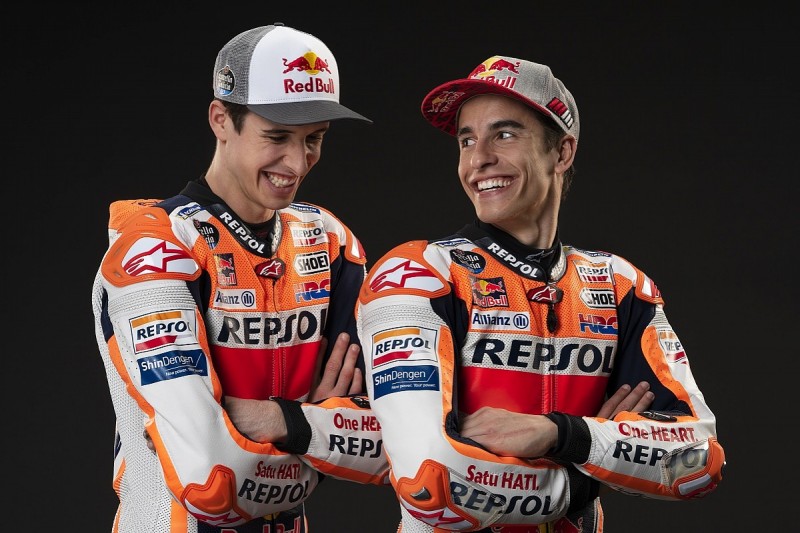 "And then his team-mate is the strongest rider in the championship. It is a very difficult situation for Alex, but also for Marc, who would like to see his brother do well on the factory Honda.

"In my opinion, it will be difficult to manage inside the garage.

"But they have a good boss in Alberto Puig, who knows what to do. They will certainly do well, I am curious."

He added: "It is risky, because they are very close as brothers - it is a very beautiful thing.

"They are always together at home, they train together.

"This makes things even more complicated, because if Alex is seventh or eighth, it would be a good result, but [not] if Marc is no longer first."