Just as with the Mugello race, a five-minute qualifying preceded the 10-lap Red Bull Ring contest on the official MotoGP 19 game, with Pramac's Bagnaia claiming pole in a crash-strewn session.

Bagnaia beat Yamaha's Vinales - who crashed on his final lap - by just 0.038 seconds, with Mugello race winner Alex Marquez completing the front row on the Honda.

Danilo Petrucci (Ducati), LCR's Takaaki Nakagami - who has only had his Playstation 4 for a day - Avintia's Tito Rabat and the sister Yamaha of Valentino Rossi completed the grid.

Vinales jumped Bagnaia off the line on the run into Turn 1, but mass contact triggered by a crash for Alex Marquez forced Vinales, Bagnaia and Marc Marquez off track, with Nakagami moving into the lead.

The LCR rider ran wide into Turn 3 at the top of the hill and made contact with Bagnaia rejoining the circuit, who in turn forced Vinales onto the grass.

Bagnaia stayed alongside the Japanese a rider and seized the lead into Turn 4, while reigning world champion Marc Marquez recovered to third. 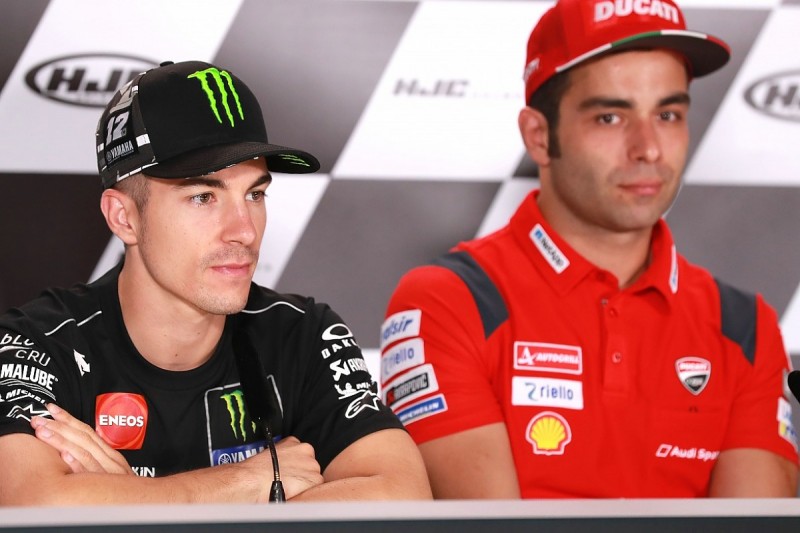 However, the works Honda rider would have all that work again when Nakagami ploughed into the rear of Marquez at the first turn on lap two - and did the same to his brother at Turn 3 on the following tour.

At the front, Vinales steadily worked his way up to the rear of Bagnaia and launched a daring raid on the inside of the Ducati at Turn 3 on lap four.

Bagnaia held onto the lead, but Vinales successfully executed the move on the following tour and eased away to a fairly comfortable advantage over the new few laps.

But a crash for Vinales at Turn 4 on the seventh tour allowed Bagnaia to come back through, though the Yamaha rider was able to get onto his rear again in the closing stages.

Vinales threw his Yamaha up the inside of Turn 4, though Bagnaia would reclaim the lead at Turn 6 - taking to the grass in the process and earning a small time penalty.

An unsuccessful last-ditch attempt from Vinales at the last corner allowed Bagnaia to get to the chequered flag first, and held onto the victory despite the penalty.

Alex Marquez fended off his brother Marc in a brief scrap over third, with a mistake at Turn 6 resigning the latter to fourth.

Quartararo endured a crash-strewn race and was a distant fifth in the end and last of the classified runners.

Multiple crashes for Petrucci, Rossi, Nakagami, Pirro and Rabat meant they failed to reach the chequered flag before the session timed out.

Why Bagnaia thinks MotoGP is "changing" for the better