Vinales “won’t have any problems” with Aprilia in MotoGP

Aleix Espargaro says Maverick Vinales “won’t have any problems” at Aprilia if he does end up racing for the Italian manufacturer in MotoGP in 2022.

Vinales has been suspended by Yamaha for allegedly trying to deliberately blow up his bike’s engine during last weekend’s Styrian Grand Prix.

He has been withdrawn from the Austrian GP – though was at the circuit on Friday in Yamaha team gear – and is unlikely to race for the Japanese marque again, having already elected to quit the team a year early.

Both Vinales and Yamaha management have yet to comment further on the matter since Thursday’s press release, but the rider’s alleged actions have called into question his MotoGP future.

“If Maverick ends up coming to Aprilia here he won't have any problem because there is a great atmosphere and he will be better than ever with me,” Espargaro said of his ex-Suzuki team-mate.

“I have been with Aprilia for many years and I have had some colleagues who have left saying that they didn't have the same material as me.

“Aprilia will have faults, but if there is one thing I can guarantee it is that my team-mates have always had the same as me.

“[Lorenzo] Savadori, despite being a rookie, has the same as me.

“I know that Aprilia is looking for a fast rider. [Andrea] Dovizioso’s option is there, and Maverick doesn't have a bike for next year. 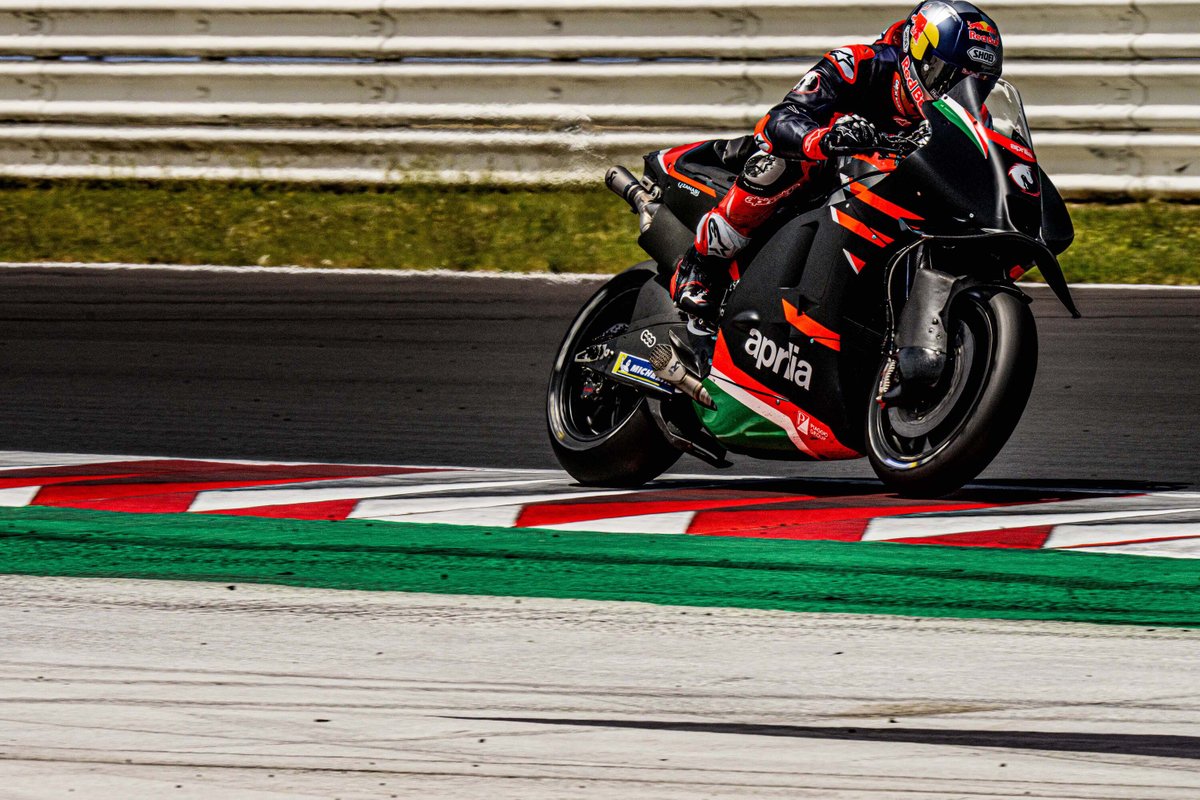 Aprilia test rider and ex-Ducati man Dovizioso was previously linked to an Aprilia race seat for 2022 before Vinales announced he was quitting Yamaha.

Espargaro previously admitted Dovizioso’s pace on the Aprilia in private tests hasn’t been strong and said on Friday the Italian, if he really wanted to race again in 2022, “has had the opportunity to do so” with Aprilia.

“The results of the tests that Dovi has done are there, and that's not for me to say,” Espargaro added.

“I was also looking forward to having him as a team-mate.

“He has not stopped repeating that he wanted to race again, and I can only reply that here he has had the opportunity to do so.

“I see Dovi as an enormous rider, with a lot of courage, and I expected him to accept the challenge.”