Marc Marquez's clash with Maverick Vinales in Sachsenring qualifying shows he is "playing" with his MotoGP rivals and will win the title, according to Honda stablemate Cal Crutchlow

Vinales had to abort a flying lap after contact with Marquez in German Grand Prix qualifying.

Reigning champion Marquez, who went on to win the race and take the points lead, apologised for the incident, but Yamaha rider Vinales intimated that he felt it was deliberate.

Crutchlow suggested it was a psychological tactic by Marquez.

"Maverick is wondering why he's been ridden into, Marc's just like, 'because you were there, why not'. He's done it before with them, he's raced with Vale [Rossi], contact and all that.

"The guy who's leading the championship now is the best rider in the field.

"He will also win the championship, bar any [incidents]." 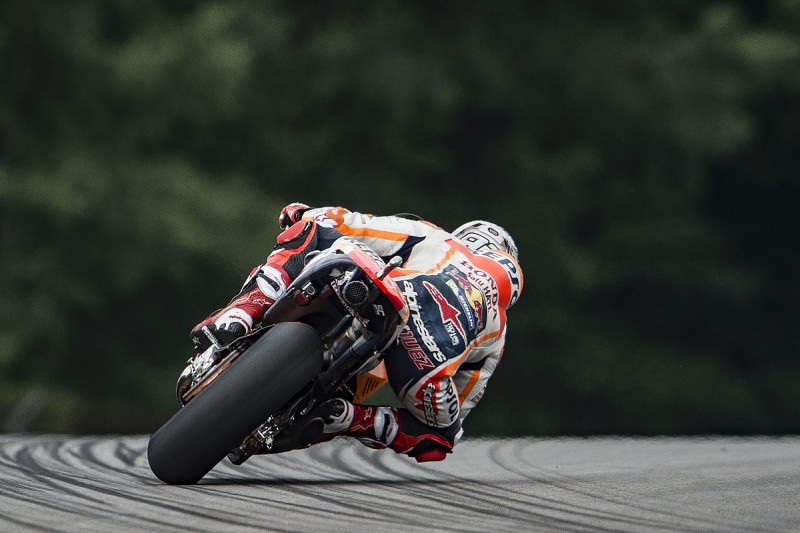 At the previous round at Assen a week earlier, Crutchlow said the "special" way Marquez rides the RC213V was something the other Honda riders were unable to match.

"Every corner [Marquez] does, he does better than any other Honda rider," said Crutchlow. "You have no idea how he rides.

"It's the lean angle he enters the corner at, how much he closes the front tyre, how much he slides at the exit, and he stays on the bike.

"What he does in every single corner, of every practice, every race, me, Dani [Pedrosa], Jack [Miller] and Tito [Rabat], we can probably do one corner per whole race weekend. It's special."

Crutchlow described his 10th place at the Sachsenring last weekend as his most disappointing race of the season so far, telling BT Sport "I've crashed out of races and been happier".

He later explained to reporters that an unexpected spike in front-tyre pressure in traffic caused his loss of pace on a day when Marquez and Pedrosa finished first and third.

"In practice we never went anywhere near that high," Crutchlow said.

"The difference was we were behind other riders and the heat on the front tyre just made the pressure go up and it's impossible to ride our bike at that pressure.

"I needed fresh air like Marc or like Dani, and then I would've been as competitive as them, because I had the pace to be right in the front.

"So it's the most disappointing race of the year for me so far, when I've been riding well all weekend and in the race I could've easily rode very well as well but I just never had the front tyre." 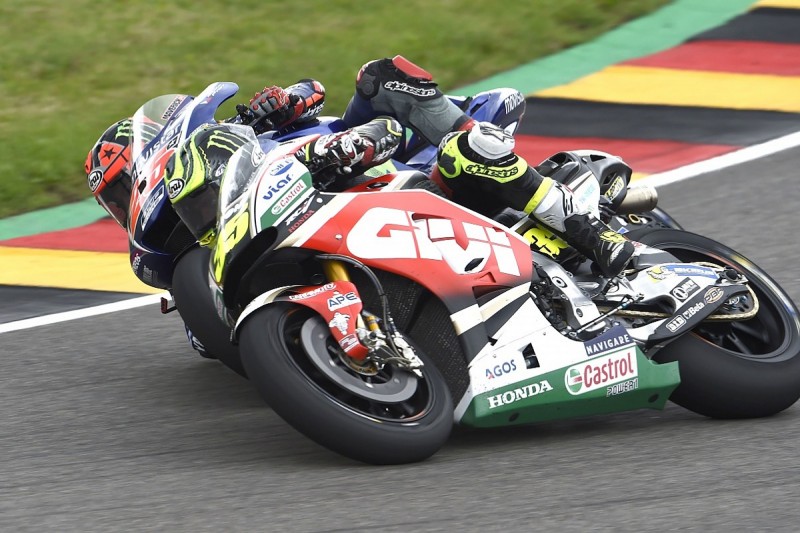