Nine-time world champion Valentino Rossi’s VR46 Ducati team has unveiled its livery for its first season in MotoGP in 2022, becoming the final squad to unwrap its colours.

After 26 seasons of grand prix racing, Rossi retired from racing at the end of the 2021 campaign.

Earlier in 2021 VR46 announced it would be expanding into MotoGP in 2022, having run teams in Moto3 and Moto2 previously – while Luca Marini’s side of the Avintia garage was run by VR46 last year.

VR46’s MotoGP genesis was shrouded in controversy from the start when a Saudi company known as Tanal Entertainment announced oil giant Aramco would be the team’s title sponsor.

However, a representative from Aramco told Autosport shortly afterwards that no deal with VR46 existed – something that was reiterated again later in 2021, despite VR46’s insistence that it did in fact have a deal in place.

As was the case in Moto2 and Moto3, and with Avintia last year, VR46 will be helmed by Pablo Nieto – with Rossi unlikely to have much presence in 2022 as he focuses on his GT World Challenge Europe programme with WRT and Audi.

VR46 will field Luca Marini, while its Moto2 rider Marco Bezzecchi will step up to the premier class with the squad. 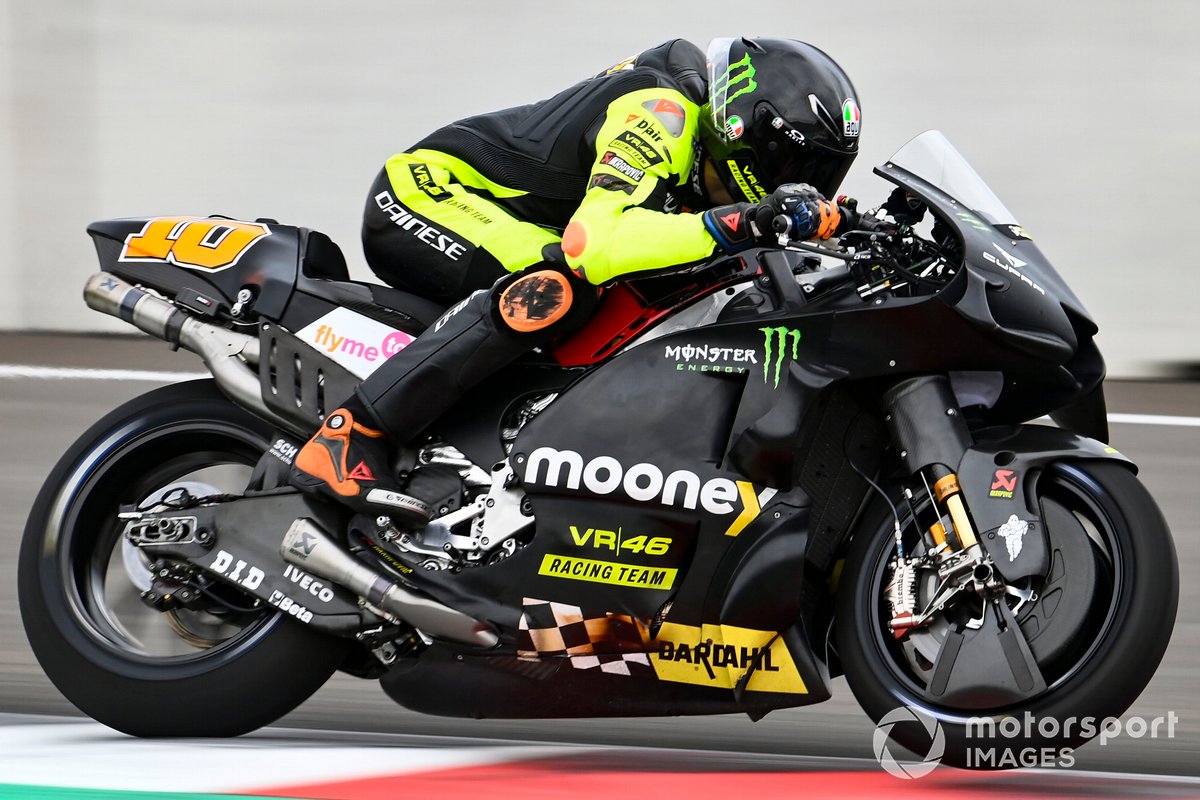 Marini will ride a current-spec factory Ducati in 2022, while Bezzecchi will be one of three riders on Ducati’s 2021 machine this season.

VR46 is one of four Ducati teams on the grid in 2022 alongside the factory squad, Pramac and Gresini Racing.

Due to its expansion to MotoGP full-time – taking over Avintia’s grid slots, who bowed out of MotoGP at the end of last year – VR46 has ceased its Moto3 operation, but will continue with its team in Moto2.

VR46 will also expand its presence in Moto2 to a second team known as the VR46 Master Camp squad, which will run in conjunction with Yamaha.

All teams have now unveiled their liveries for the coming season, with the 2022 campaign set to start on 6 March in Qatar.