While on paper his recent results are no match for the seven-time champion's halcyon seasons of domination, he believes current rivals Marc Marquez and Jorge Lorenzo are the toughest he has ever faced.

He also feels that his return to competitiveness in 2014 after three poor years had required him to work harder on self-improvement than before.

Asked if he felt he was currently the best he had ever been, 35-year-old Rossi replied: "For me, yes. It's difficult to say, but I've worked a lot this year on all the small details.

"Everything has changed. First of all, my rivals have changed - they're younger and a lot stronger than in the past.

"The bike's changed, the tyres and electronic systems have changed a lot, and especially the way to ride the bike has changed a lot in 10 years.

"But I like trying to improve, that's part of the game."

At the end of 2013, Rossi set himself a deadline of six races into the '14 season to decide whether it was worth continuing in MotoGP.

Performing well enough to satisfy his own standards left him "so happy and so proud", said Rossi.

"It was especially a very good season because I was able to improve my speed and results a lot compared to last year," he said.

"That was a very important target for me, because I had to decide whether to continue or to stop.

"It was a year I enjoyed a lot. I had a lot of very good races and very good battles."

BURGESS' METHODS OUT OF DATE 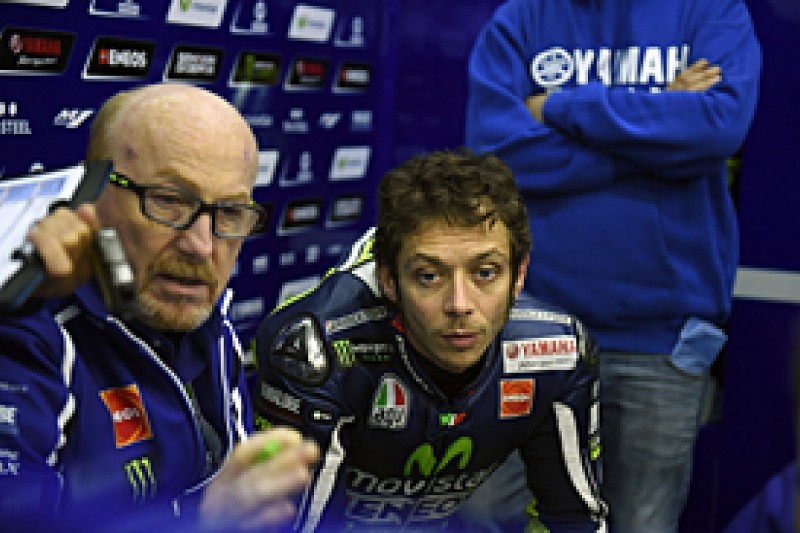 The main change Rossi made prior to 2014 was to drop his long-time crew chief Jeremy Burgess in favour of Silvano Galbusera (pictured with Rossi), a new recruit from BMW's World Superbike programme who had also previously worked with Yamaha in WSBK.

Rossi suggested that Burgess's working methods were no longer suitable for MotoGP.

"For me it was a very difficult decision, first of all for our personal relationship because we were together for a lot of time," he said of Burgess.

"It was a brave decision, but I was quite sure, especially because now the way to work in MotoGP is different compared to the past.

"Now all the team and all the engineers speak with the rider, but afterwards spend a lot of time on the computer analysing all the data, and afterwards modify the settings from the feeling of the rider but also what the telemetry says.

"For me, this is the big difference [with Galbusera]."