Lorenzo had a disastrous start to 2018, failing to finish in the top 10 in the first four races, but turned his campaign around last time out by taking his first Ducati win at Mugello and then set the Barcelona practice pace on Friday.

Although Lorenzo is 54 points behind championship leader Marc Marquez in 10th place, Rossi reckons his former Yamaha team-mate can still get into title contention.

When asked if the three-time MotoGP champion could still feature at the sharp end of the standings, Rossi said: "Absolutely, yes. To remove Lorenzo from the fight for the championship would be stupid.

"Also because between Marquez and me there are about 20 points, but then the fight for second place is very tight.

"He was very good at Mugello and it could be a turning point in his championship because here too it seems to me that he's doing a bit better.

"When Lorenzo is in shape and feels very good on the bike, he's very strong." 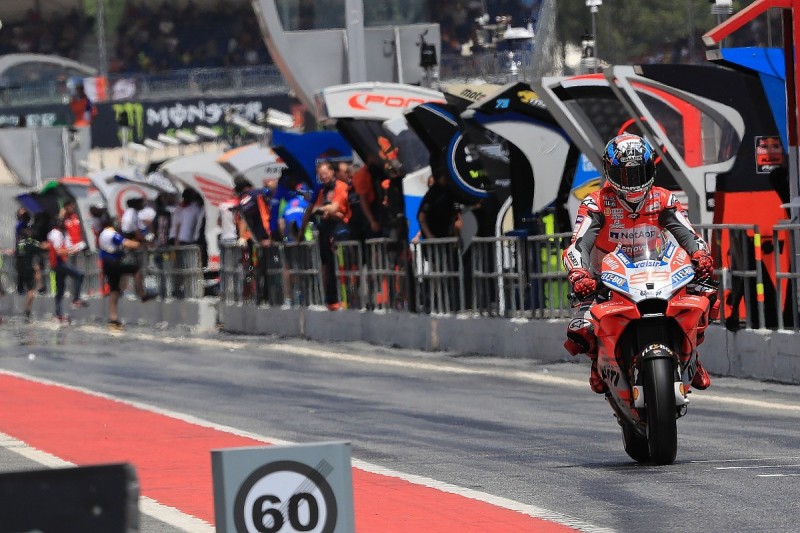 Lorenzo himself suggested a championship comeback was not out of the question in the lead-up to Barcelona, stating that he has "all the ingredients" to perform.

But he stressed that he has to maintain his Mugello form on a consistent basis.

"Well, in the motorcycle world, many times we saw incredible things in points, no?" said Lorenzo.

"We just won one race. We don't know what we can achieve in the future.

"We arrive here in a track that I like, I won many times here with the Yamaha, we make a good test and we are in a sweet moment, but we have to keep demonstrating that.

"I think I have now all the ingredients to do well, but MotoGP is now more than ever so close.

"So close, the quality of the riders, of the bikes is very high, and winning races in a consecutive way like before is much more difficult."