MotoGP points leader Marquez was fourth in first practice at Barcelona on Friday but classified only 12th in the afternoon session, having suffered a crash.

He ended the day exactly a tenth of a second outside the combined classification top 10, meaning that he will miss out on an automatic Q2 spot if he cannot improve in Saturday's third session.

Marquez's ultimate pace was nonetheless slightly deceptive as, unlike every rider ahead of him, he did not use the soft tyre compound on the rear.

Asked whether he was struggling and having to fight his Honda RC213V through Friday's running, Marquez conceded: "It's true. It's true that today I didn't feel comfortable, because we have a small problem on the electronic side.

"We miss something there that [means] I don't feel comfortable, and I have some really strange slides, and normally in MotoGP it's not like this.

"We are missing something but the good thing is that we found this problem already in this hour and a half [of practice], so now we need to check the way to improve, and we know more or less [what it is]." 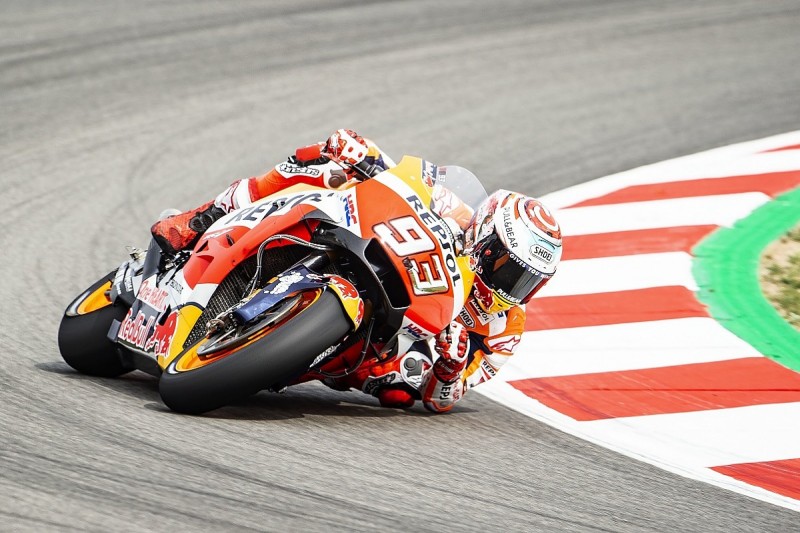 Marquez reckoned his FP2 incident, in which he fell off the bike at the sharp Turn 5 left-hander, was down to the condition of the tyres - but also a lack of confidence with the front of the bike.

"It looks like every FP2 I need to crash," Marquez joked. "I was riding with the used tyres, with the hard [front] - hard [rear], and maybe it was the second lap [of the run], maybe the front tyre was still not 100 percent ready.

"But apart from that I'm also missing the feeling a little bit on the entry of the corner and we are trying to find the problem.

"We checked a little bit, and we found [some weaknesses], but now we need to see how we can improve."

Marquez, victor of three of this year's six races, stressed: "With all these problems, on the race pace I'm there, in the top three. So this is the most important."