Marquez's recovery drive in Argentina had led to a wheel-to-wheel battle with Rossi and rode aggressively into Turn 13, colliding with the Yamaha rider and forcing him to crash.

After the race, Rossi had gone as far as to claim that he feared for his safety racing against Marquez, as well as saying that the Honda rider was "destroying our sport", and reignited their rivalry that had subsided following the 2015 Malaysian Grand Prix.

Marquez had attempted to apologise to Rossi in Argentina, but he was turned away from the Yamaha garage in a move the Italian claimed was a PR "joke."

But Miller has urged Rossi and Marquez to end their "silly and immature" feud because it is a danger to other riders, referencing the 2011 French Grand Prix clash between Marco Simoncelli and Dani Pedrosa that left the Honda rider with a broken collarbone.

"We are all here racing and risking our lives and I think for these fans and also riders to fight against each other, I think is quite silly and immature," said Miller.

"They are quite old and they have to remember life is short and we are risking our lives here.

"I have seen this situation unfolding with a lot of people and people picking sides, and I just want to refresh people's memory of Marco Simoncelli and Dani Pedrosa and how that ended." 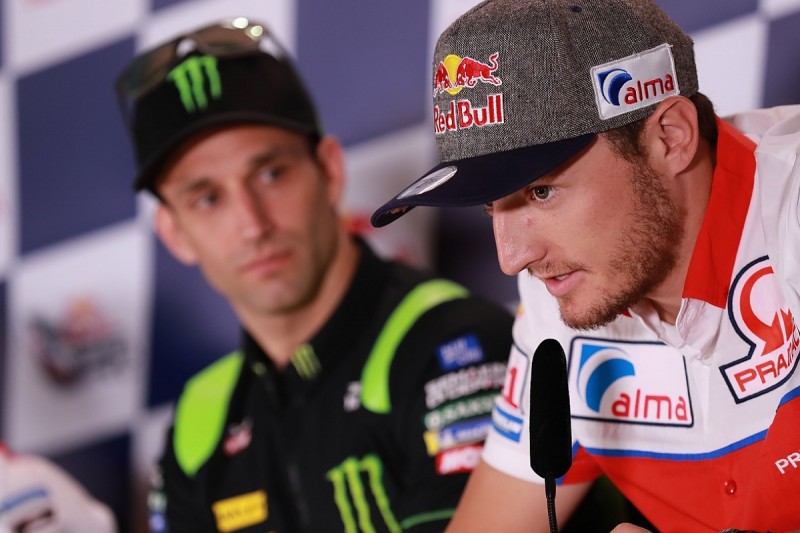 When asked what changes he wants to discuss at Friday's Safety Commission, during which the events of the Argentina Grand Prix will be discussed, Miller said the fighting inside the paddock needs to be better contained.

"I think they need to control it a little bit better the fighting inside the paddock," he said. "We are here to race motorcycles and we are here to fight but the fight should generally try to stay on track and not try to fight so much in the media.

"I think that is one of the clearest things. There are a lot of people coming, the journalists especially, coming at you trying to get you to say something to mess up and I think it is not the correct way.

"The fighting I think should stay more on the track and of course us riders we have to be careful with what we say because words can be twisted as we've seen many times before."

Tech3 Yamaha rider Johann Zarco had started the debate over Rossi and Marquez in Austin's Thursday press conference by stating that MotoGP is stuck between "two gods".

"We are touching two gods, we have Vale that is the first god and now Marc is becoming this other god because he is doing incredible things," he said. "Between riders, we must almost speak together and find a solution together."