Aprilia’s Aleix Espargaro says MotoGP staging two races at one race track is something he doesn’t like as it doesn’t make for a “pure or good championship”.

MotoGP’s 2020 calendar consisted of five double-header races which took place at repeat venues in Jerez, Austria, Misano, Aragon and Valencia as a result of the COVID-19 pandemic.

The 2021 season kicked off with back-to-back Qatar races, with the Doha GP – along with a round in Portugal – added to replace the postponed US and Argentine rounds.

With COVID border restrictions forcing MotoGP to cancel this year’s Finnish GP, the championship announced on Friday the Styrian GP would return to form a double-header of Red Bull Ring races backed with the Austrian GP.

When asked for his opinion on the matter, Espargaro said: “First of all, I know Dorna is doing their best to do this championship with the conditions of COVID.

“I don’t like it at all, we’re not doing a pure and good championship. That’s my opinion.”

Despite ongoing discussions, no additional safety modifications will be made to Red Bull Ring for the 2021 season – but Espargaro says changes will be made for 2022, though didn’t detail what they would be.

“Austria is even worse because everything is just straight, three corners,” he added. 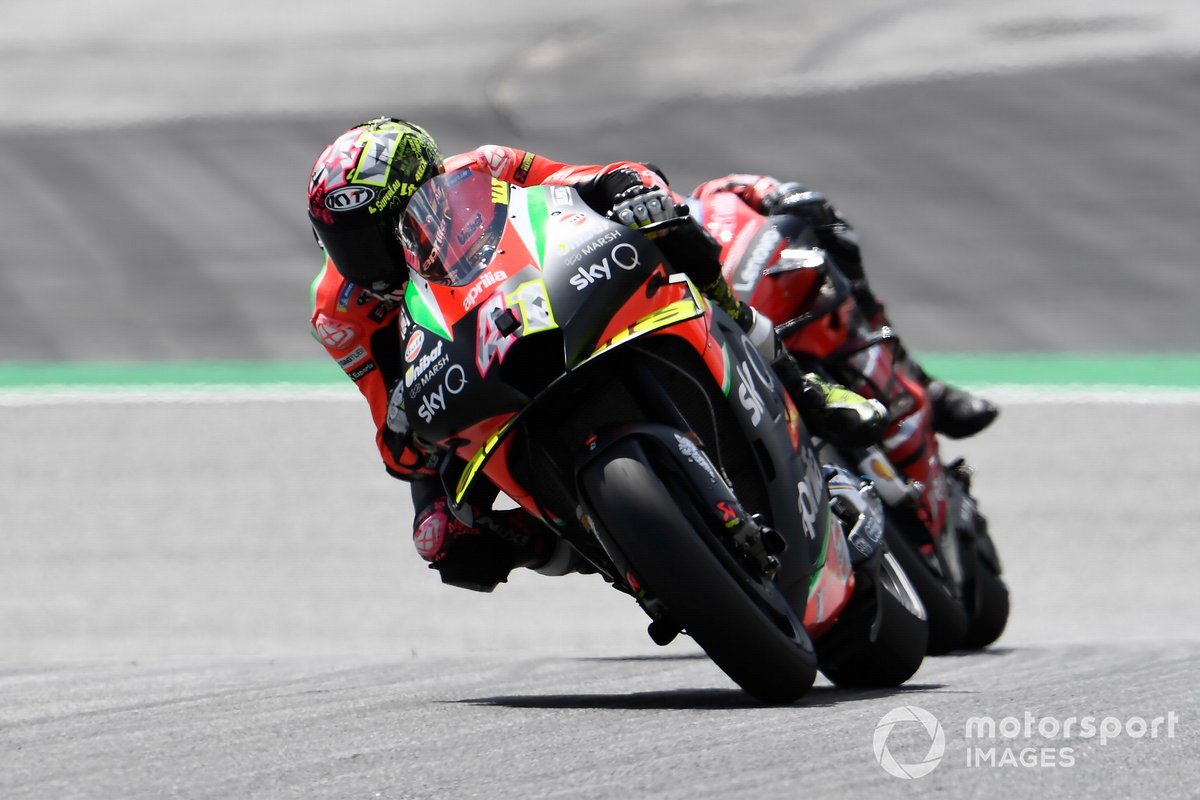 “The good thing is we are talking every single safety commission about Austria, about different options, but unfortunately for 2021 there will not be any modifications. But for 2022, there will be.

“So, two races there with no modifications obviously doesn’t make the riders happy at all I’m sure.”

On Friday MotoGP announced new five-year deals for the KymiRing to stage the Finnish GP from 2022 and the Sachsenring to continue hosting the German GP through to 2026.