Jake Dixon says “it wouldn’t look good” if he turned down the offer from Petronas SRT to make a shock MotoGP debut in this weekend’s British Grand Prix.

The former British Superbike star and current SRT Moto2 rider has been drafted in to replace Cal Crutchlow at SRT, who in turn was due to replace the injured Franco Morbidelli.

However, Maverick Vinales’ ousting from the Yamaha factory squad last week has prompted the Japanese marque to put its test rider in the Spaniard’s place – opening the door for Dixon to make his debut in front of his home fans.

Dixon is one of the names linked to a seat with the new team that will be created under current SRT management in 2022, following SRT’s announcement on Thursday it would be quitting grand prix racing entirely at the end of 2021.

The Briton’s MotoGP call-up comes amidst a difficult season in Moto2 in which he has scored just one top 10 finish all year with a seventh back in the Qatar GP. 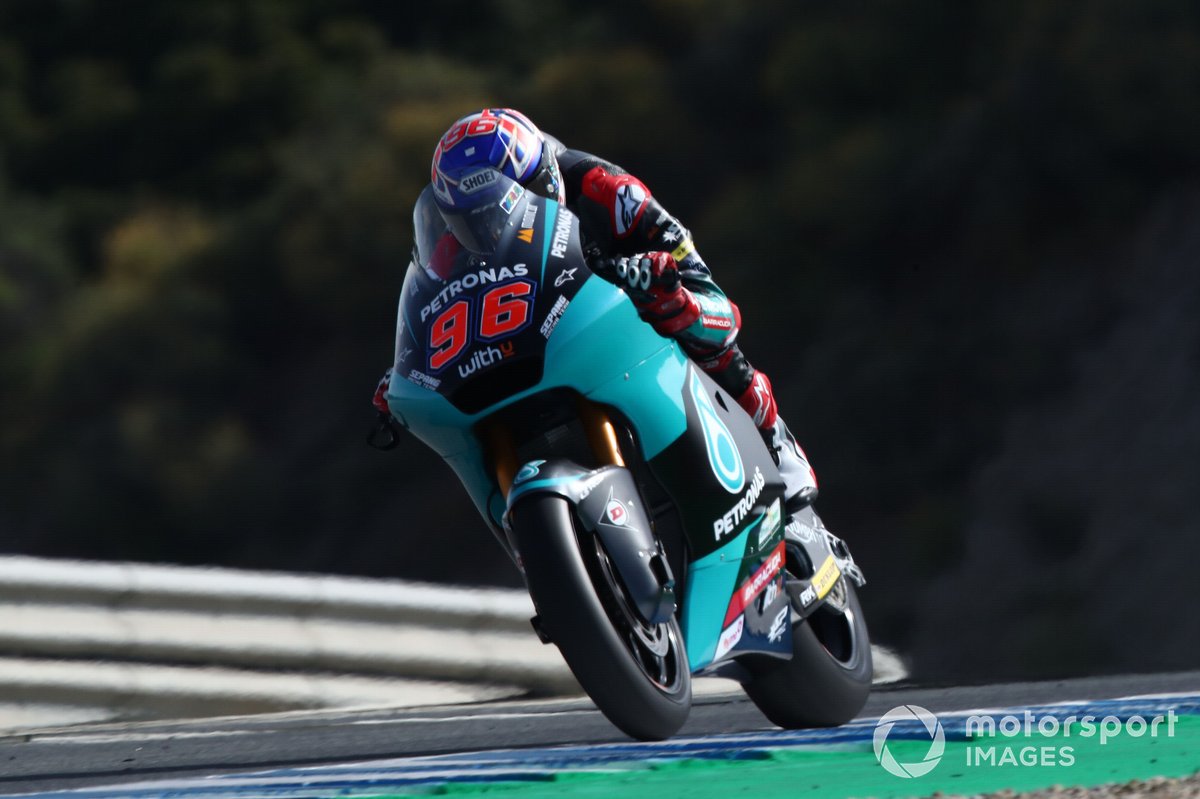 When asked what his motivation was to accept SRT’s offer, Dixon said: “Yeah, people are always going to have their opinions, whether it’s right or wrong.

“When is the right time? I think personally it’s obviously been a difficult season for me so far in Moto2, but things have changed I’ve started to come to form.

“I think realistically if we were speaking Moto2 terms, I could have done a really good job and fought within the top five.

“But obviously if the opportunity comes around, you’re never going to turn down a MotoGP ride.

“I think it would be not a great thing, it wouldn’t look good.

“So, I have a lot of motivation, I’ve rode big bikes before even though a MotoGP bike is a lot different to what I have ridden. But I’m ready to experience some power again.”

Dixon says the fact he will be making his MotoGP debut without having tested the Yamaha beforehand means there can be no expectations on his shoulders this weekend.

“Yeah, it’s obviously fantastic and obviously thanks to Petronas for giving me the opportunity to ride the MotoGP bike and to do it at Silverstone as well is special,” he said.

“I think if anyone could do their debut, they’d do it at home.

“So, yeah, I can’t wait and it’s going to be great because we’re going to have a full crowd and Silverstone circuit seems to suit the Yamaha in the past.

“I can’t wait, it’s going to be a massive learning curve but I’m ready to take it on and see what we can do.

“I have no expectations, it’s obviously a massive learning curve and I can’t be expected to do anything.”