Fabio Quartararo admits he has not focused on Yamaha MotoGP team-mate Maverick Vinales’ dismissal last week and is “not really sad” about it coming to the British Grand Prix.

Following his suspension from the Austrian GP for deliberately trying to damage his M1’s engine during the Styrian GP, Yamaha formally parted ways with Vinales with immediate effect last week.

The Spaniard will join Aprilia in 2022 and will test the RS-GP for the first time next week at a two-day Misano test.

When asked by Autosport if he was sad that Yamaha couldn’t patch things up with Vinales for the remainder of the season, championship leader Quartararo said: “It’s a thing that I don’t really care [about].

“I’m focused on my job, so it’s something that doesn’t really affect me.

“So, I don’t feel sad. I’m just enjoying myself, it’s an individual sport and I have a new team-mate this weekend. 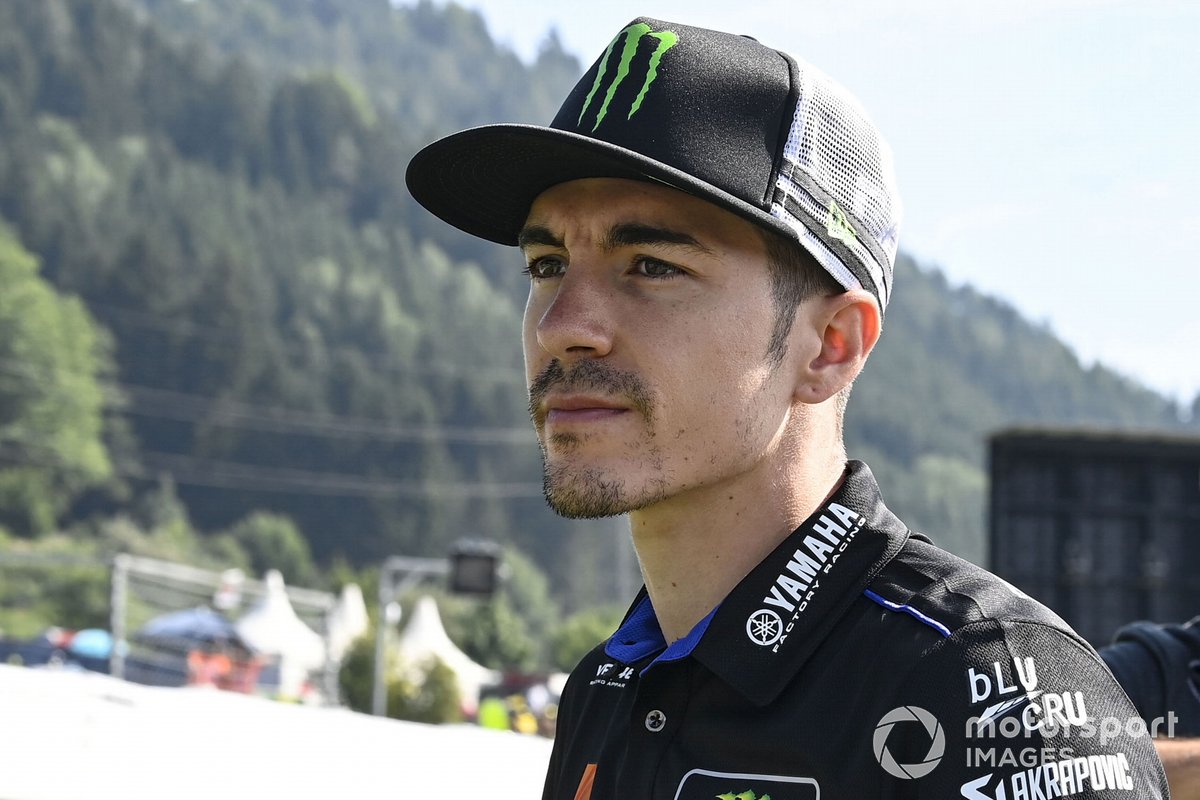 Quartararo will be joined at the factory Yamaha squad this weekend at Silverstone by test rider Cal Crutchlow, who was already due to race the British GP as Franco Morbidelli’s stand-in at Petronas SRT.

It is thought Morbidelli will replace Vinales for the rest of 2021 when he is fit and will take his place full-time in 2022, while Crutchlow admitted he knew how long he would be racing for this season – but refused to elaborate.

Vinales’ former team-mate Valentino Rossi says he thought Yamaha could reconcile with the Spaniard to see out the 2021 season, and also dashed suggestions he could step up from SRT to finish his MotoGP career at the factory Yamaha squad.

“Sincerely, I thought that they can fix the situation, but sincerely I know like you – I don’t know a lot more,” Rossi said when asked by Autosport for his opinion on Vinales’ Yamaha exit.

“Maybe they have some other problems, and for sure this movement creates some other movements.

“So, we will see in the next races. Anyway, also Maverick will ride the Aprilia as soon as possible.

“This will be very interesting because it looks like the Aprilia is very competitive and Maverick is a very fast guy.

“So, this will be interesting for the second part of the season.

“And we need to understand who goes in the factory team – maybe Franco, and who comes to be my team-mate also.”

Rossi added: “About the factory team, no, I think I will remain here at Petronas in my place to the end of the season.”