The Sepang Racing Team will completely quit the MotoGP World Championship at the end of 2021, with current management forming a new entity for 2022.

SRT joined grand prix racing in Moto3 in 2015 and expanded to Moto2 by 2018, before stepping up to MotoGP in 2019 as a Yamaha satellite team.

Running with factory support for Franco Morbidelli in 2019, Fabio Quartararo in 2020 and Valentino Rossi in 2021, SRT forged closer ties with Yamaha than the previous Tech3 squad had in terms of works support.

In its tenure, SRT has managed six grands prix wins in MotoGP, with Franco Morbidelli finishing as top Yamaha rider in second in the championship in 2020.

During the Austrian GP title sponsor Petronas announced it would be quitting at the end of the year, with Autosport reporting the Moto2 and Moto3 teams would be axed.

Now SRT has announced it will cease to exist in all three classes from 2022, with a new entity helmed by team boss Razlan Razali and team director Johan Stigefelt to be announced during the San Marino GP weekend.

In a statement, Razali said: “We have experienced a remarkable voyage over the past years.

“From a small start in 2015 there was a great step for us in 2018 when we secured an entry to the premier class of MotoGP and built a MotoGP squad from scratch.

“By the seventh race we were on the podium. In 2020 we secured the first race win for a satellite Yamaha MotoGP team in over 20 years and finished second in the overall team and rider championships. 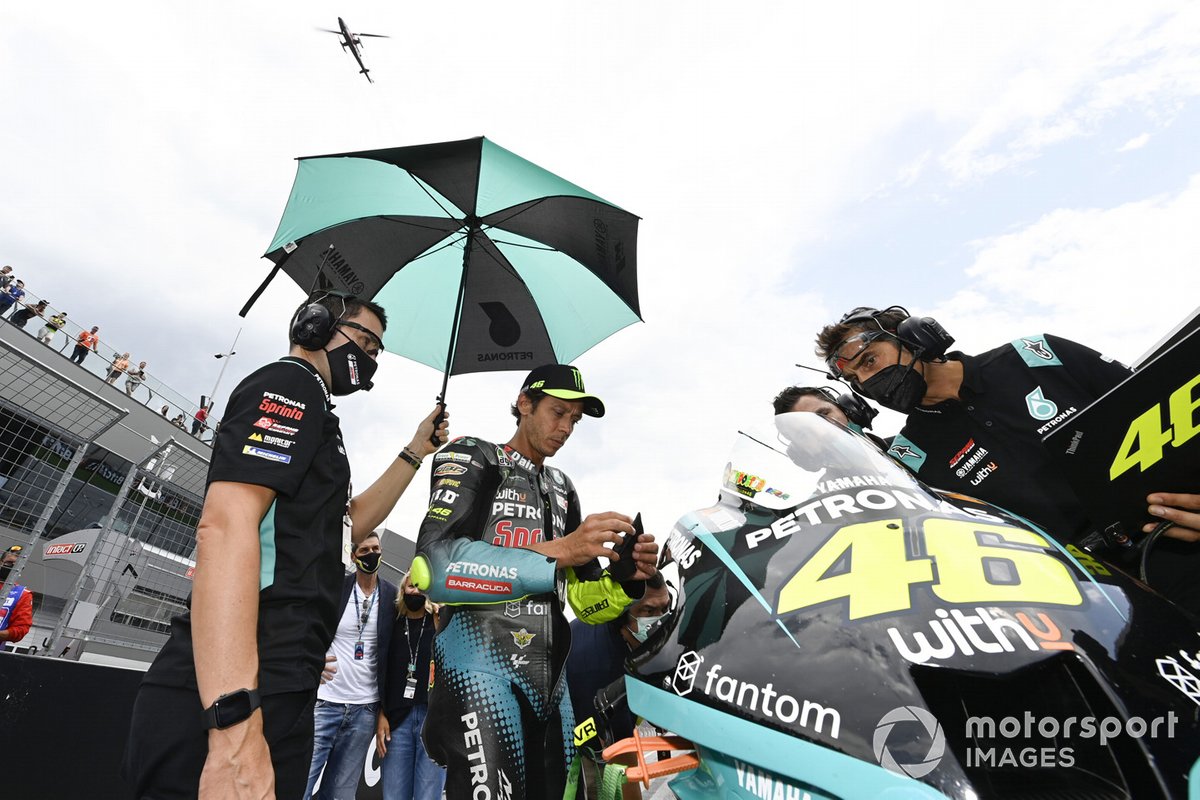 “In 2021 we raced with the Greatest Of All Time rider, Valentino Rossi. This is an incredible story.

“The team will race its final race in Valencia and we thank all our crew, riders, fans and partners for their support.

“In particular, we thank Petronas, with whom none of this would have been possible.

“Together we pushed the Petronas brand and Malaysian expertise to the forefront of the grid and captured unprecedented brand exposure and coverage, exponentially surpassing all expectations.

“We also thank Sepang International Circuit for their vision and support of upcoming Malaysian talent over a long period.

“Our collective dream was to have a Malaysian rider competing for podiums in the MotoGP World Championship.

“Sadly, we were not able to achieve this in the short life of our squad, but we can reflect upon tremendous success by every other measure.

“Our final season has not reached its conclusion yet and we continue to strive for the very best results possible across all three classes. Thank you all.”

Interestingly, team manager Wilco Zeelenberg’s name has not been linked by SRT to the new entity for 2022.
It is thought the new entity born out of SRT will be backed by WithU, which will step up its involvement into title sponsorship status.

Fifteen-time MotoGP race winner Andrea Dovizioso has been linked to completing the 2021 season with SRT in place of Morbidelli, who will be promoted to the factory squad to take Maverick Vinales’ place ahead of a full-time bow in 2022.