The Briton missed three grands prix and spent nearly two months off a MotoGP bike after injuring knee ligaments in a crash during practice for the Oschersleben 8 Hours in August.

Unsure how his knee would fare even on the Thursday of the event, Smith returned at Motegi and fought through, struggling primarily for flexibility in the leg even with modifications made to his seating position.

Smith progressed from being the last of the series regulars in Friday practice to qualifying 15th, but his longest run in any session before the race was nine flying laps in Sunday morning's warm-up.

He got through the 24 race laps in 13th place, picking up three championship points for his efforts.

"I have to say that Bradley did a superb job and I want to give him very special congratulations because when he arrived here on Thursday, we weren't sure if he could even do one lap," Poncharal said.

"Not only did he complete all of the practices, but he also qualified in 15th which is quite incredible.

"However, we didn't think that he could complete the entire distance.

"It's amazing that he did and he scored a good result ahead of some of the regular riders who are fully fit.

"So I want to give him massive thanks and hopefully, his knee should be a bit better in Australia." 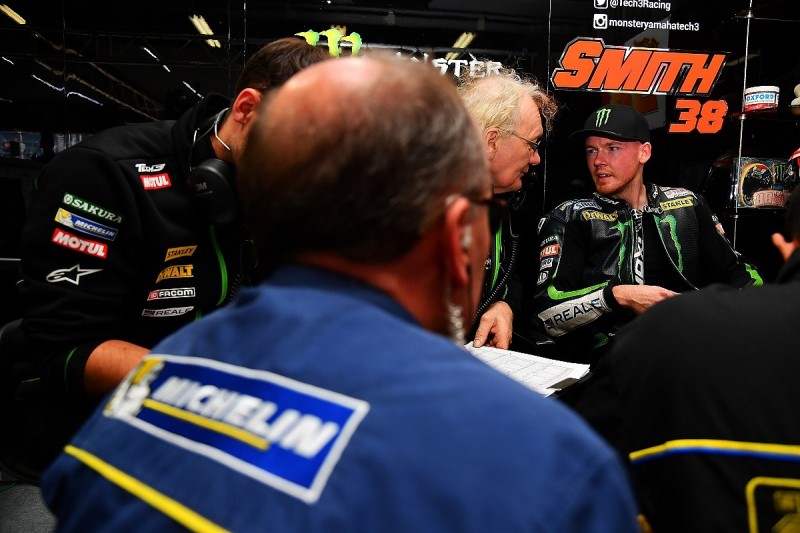 Smith, whose team-mate Pol Espargaro finished sixth, said the time away had made him forget how long and physically demanding a grand prix felt on a bike.

"No doubt, today has been a very hard day," he said post-race.

"In the last seven weeks I've had to watch the rest of the MotoGP world go racing, whilst I've been at home.

"So it is a good feeling to be back on the grid and getting myself involved, therefore I can't be disappointed about a 13th place finish as I didn't even know if I was going to be able to complete the GP a few days ago.

"To be honest, I forgot how long the races are in terms of distance, but riding out there for 24 laps at the absolute maximum was really demanding and doing it without making any mistakes is probably the hardest challenge for me at the moment.

"I want to say a big thank you to the whole team because they have done a fantastic job over the weekend in preparing a great bike, as well as taking a lot of care, even if I wasn't able to work as closely as usual with them, because the physiotherapy took a lot of time away."