Abraham raced in the class between 2011 and '15 with the AB Motoracing outfit led by his father Karel Abraham Sr, recording a best result seventh on three occasions.

The last of those was in the 2012 season finale at Valencia, at the end of his two seasons on Ducatis, and he subsequently raced open-class Aprilia and Honda bikes, failing to score a point in an injury-truncated '15 campaign.

He moved to the World Superbike Championship this year and is currently 18th in the standings on a BMW, with a best result of ninth, and has been part of KTM's MotoGP testing roster.

Abraham will ride a GP15-spec Ducati, with new Aspar recruit Alvaro Bautista getting one of the current 2016 bikes.

"I am really happy: coming back to Ducati, which is my favourite bike, and also thinking about my first season with them, which was my best season [finishing 14th]," he said.

"It's an honour to be a part of this team, which is so famous in the paddock, so professional and so good, and together with Ducati I believe we can make a very good connection, I'm really looking forward to that." 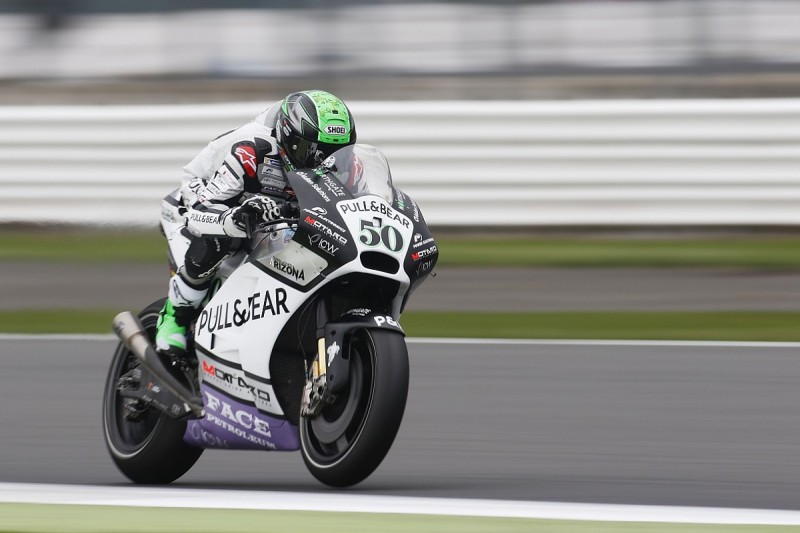 The second Aspar seat was the last up for grabs for 2017, with the bulk of the rider deals done in the first half of the campaign.

When Aspar signed Bautista, the other place looked set to go to either of the incumbents, Eugene Laverty or Yonny Hernandez.

Laverty, not keen to ride an older bike than his team-mate, has elected to return to World Superbikes with Aprilia, while Hernandez is now without a seat.