The Suzuki MotoGP squad will not sign anyone to the role of team manager to replace Formula 1-bound Davide Brivio in 2021, Autosport understands

Autosport revealed last week Brivio was to leave his post at Suzuki to take on the role of CEO of the Alpine F1 team this year.

Suzuki confirmed Brivio's departure from the role he has held since 2013 last Thursday, though Alpine is yet to announce its own plans.

With pre-season testing just over a month away, and Brivio's decision made recently, Suzuki has been left with little time to find a new team manager - though largely unsubstantiated rumours of potential replacements still swirled over the past week.

Autosport understands Suzuki will not pursue a new signing in the short or medium-term and will reorder its current management structure.

This will ensure the continuity within Suzuki's ranks remains having secured its first MotoGP world title in 20 years last season.

PLUS: Why Suzuki's Brivio replacement must come from within

Current Suzuki senior figures will share the responsibilities held by Brivio when he was team manager, with it looking likely Suzuki project leader Shinichi Sahara and technical director Ken Kawauchi will shoulder much of the role Brivio previously held. 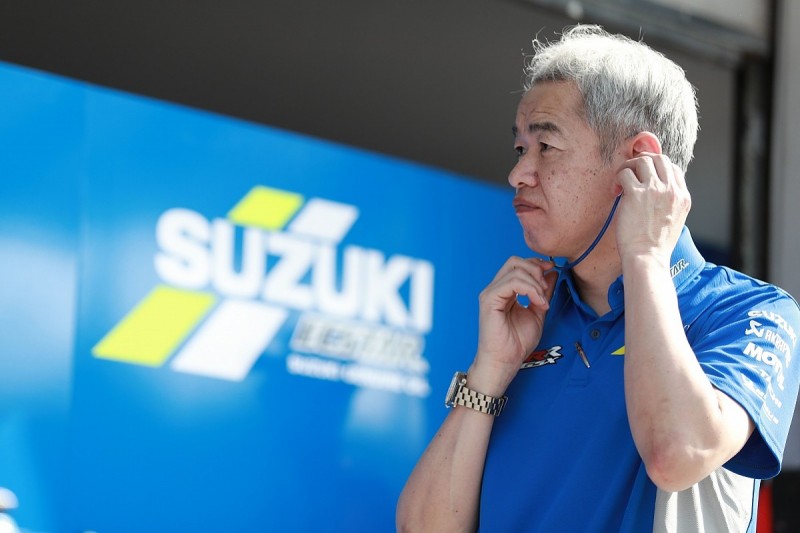 Brivio spent 20 years with Yamaha in World Superbikes and MotoGP from 2000 to 2010, holding the position of team manager with Yamaha's factory MotoGP squad from 2002.

In 2013, Brivio took on the role of Suzuki team manager ahead of its return to MotoGP in 2015 after financial woes forced it to quit at the end of the 2011 season.

Inside two years, Brivio had guided Suzuki to being race winners again when Maverick Vinales cruised to victory at the 2016 British Grand Prix.

Last year, Mir took his GSX-RR to the brand's first world title in the modern era, while both he and team-mate Alex Rins helped secure the teams' championship for Suzuki.

Both Mir and Rins will remained with Suzuki in 2021 after agreeing respective new two-year deals ahead of the 2020 season.

Pre-season testing is due to get underway in Malaysian on 19-21 February - though the declaration of a state of emergency in the country owing to a rapid rise in COVID-19 infections may force a change of plans.