With external winglets banned for the 2017 season, manufacturers have been forced to shift their focus in a bid to regain the lost downforce.

Yamaha was the first to show its hand at Sepang, followed by Suzuki and Aprilia on Thursday.

In Suzuki's case the internal winglets sit behind flared piece of bodywork above the front wheel.

The new fairing did not appear until quite late in the day, with Andrea Iannone and Alex Rins, with a longer evaluation set for Friday's final day.

"We decided to try the new fairing the last two exits," said Rins.

"The conclusions are not really clear, I just did 10 laps.

"For sure I feel the difference compared to the normal fairing, but still we need to check if it's working well - if we lose time or we gain time."

"Tomorrow we will continue trying this fairing." 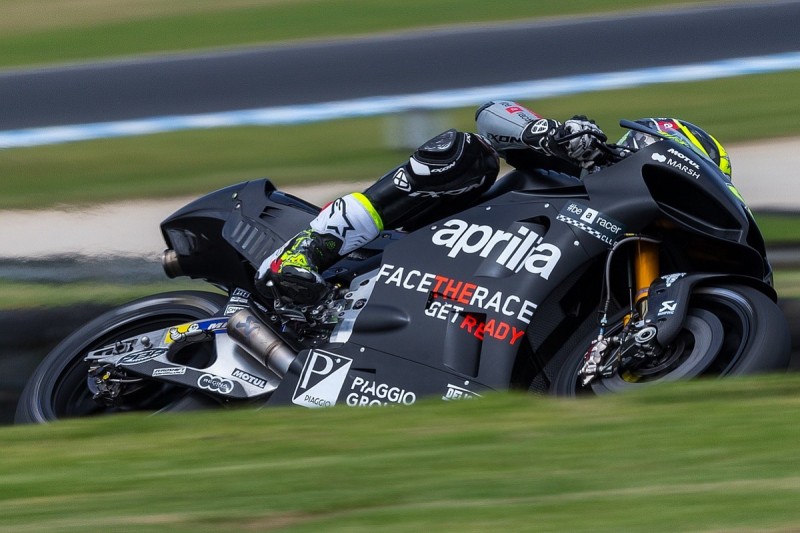 The Aprilia system is more distinctive, with two large channels cut into the front fairing of its RS-GP.

Aleix Espargaro tried new bodywork as part of his programme on Thursday, on his way to setting the sixth-fastest time.

"The fairing is not that bad," he said.

"The numbers it showed in the wind tunnel in Italy this winter were interesting, because we create interesting amount of downforce without losing top speed, which is always important.

"Here the feeling was a little bit strange because this track is really particular, [it has] a lot of change of directions and really high speed, which makes the bike a little bit heavier.

"We will re-try in Qatar for sure, because the difference you can feel is quite high.

"We need to try it on a more normal track."

Aprilia's engine has lagged behind its MotoGP rivals since it returned to the premier class, and while it has made gains, Espargaro says he does not want a winglet substitute to cost it top speed.

"If the fairing gives us a little downforce but we don't lose any performance at top speed, it would be great," he said.

"But if we lose two or three kilometres of top speed, I will not use it."