Jorge Lorenzo concedes "something is still not right" in his switch to Ducati, halfway through MotoGP pre-season testing

The three-time MotoGP champion's move from Yamaha started smoothly in last November's Valencia running, but Lorenzo was surprised by a tough opening day of 2017 pre-season testing at Sepang.

While he finished those three days of running content with his progress, Lorenzo has been 11th and 15th fastest on the first two days at Phillip Island.

Acknowledging he and Ducati "have very little time" with just four more days of testing remaining before the Qatar season opener, Lorenzo says he is still searching for a breakthrough.

"Something is still not right and we still didn't discover [it]," he said.

"We need to discover something that allows me to enter the corners faster to open more throttle and generally go faster in the corner speed.

"We don't have the bike, Ducati, with the best corner speed but at this moment [Aspar satellite rider Alvaro] Bautista in most of the corners is much faster than me [on the 2016 model] and we have to understand what is going on." 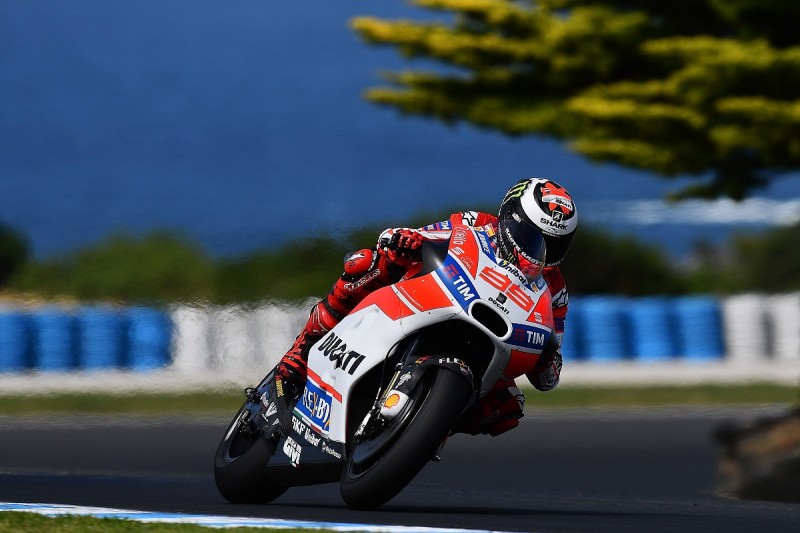 Satellite riders have led the way for Ducati each day so far at Phillip Island, with Pramac's Danilo Petrucci sixth on Wednesday on his 2017 bike, and Bautista fourth on Thursday.

Lorenzo finished the day 1.350s off the pace set by his Yamaha replacement Maverick Vinales, and while encouraged by race-pace gains, admitted the situation "is not under control".

"If we had the potential to go faster here, we'd go faster," he said.

"We are trying to go as fast as possible but at the moment we are very far from Vinales over a single lap and in terms of race pace we are pretty far.

"The positive thing is that each day we are going faster and let's see tomorrow if we can lap more in the 1m30s and get into the 1m29s.

"There's something that we don't understand. We don't know what it is.

"Bautista has adapted very well [from Aprilia] and he's much faster than me on some corners and there's something not working, so we'll try to investigate everything and find a solution."