Bradley Smith believes KTM's MotoGP package is at 80% of its ultimate potential, ahead of the start of the 2017 season

The Austrian manufacturer joins the championship full-time this year following a test programme in 2016 led by Mika Kallio, who also raced in the Valencia finale.

Smith and Pol Espargaro have joined KTM from Tech3 Yamaha, completing four and three tests with its RC16 since November respectively.

Espargaro finished 1.308 seconds off the pace in testing at Phillip Island last month.

"By the time we got to touch the bike, there was already a lot of hard work gone into it," Smith told Autosport.

"And we still have 20% to go. I'm really pleased with where we're at, given the short space of time that we've had on these motorcycles.

"We've got 35 guys in the race team, all pushing to get this bike as soon as possible to the front, because that's our ambition.

"They understand that we're 15 years of experience behind all of the other manufacturers, but that doesn't scare anybody.

"It's like, 'OK, that just means we have to work harder and do more'." 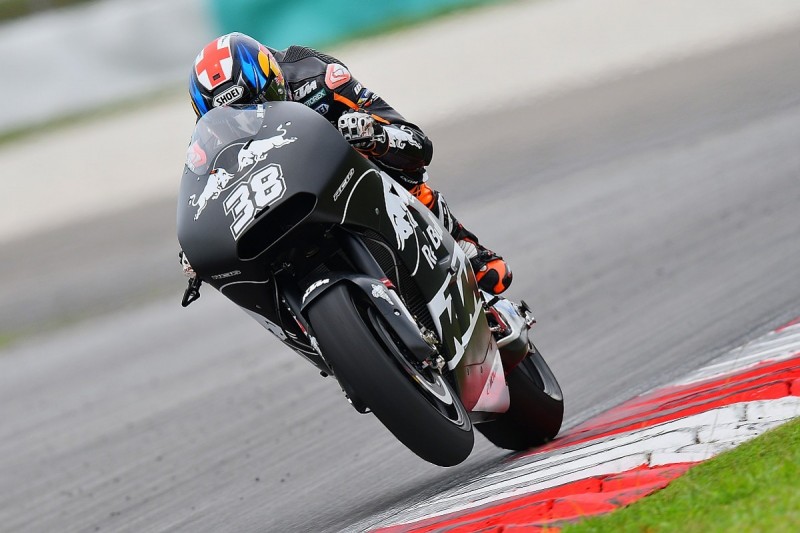 KTM has ventured to new circuits so far this year with the Sepang and Phillip Island tests, and that continues with the final three days of running in Qatar from March 10, ahead of the circuit's season opener.

Having also ridden the package at Valencia and Jerez last year, Smith admits it's "difficult to say" which circuits on the calendar should suit KTM.

"We're developing the bike at such a fast rate at the moment that I can't say that one track is suiting the others," he said.

"We probably still don't know from this bike where its strengths and weaknesses are.

"If I had to say one thing that it's awesome at, is high-speed corners. That's something that's good.

"Somewhere like Mugello, with the downhill Casanova/Savelli [section], the two Arrabbiatas, I think that's somewhere that potentially we could be really strong.

"But we don't know until we get there.

"Honestly, right now, I don't want to make too many preconceived ideas.

"I just want to turn up, do my best and see where we are at the end of the weekend."

Jack Miller has MotoGP options beyond Honda for 2018