Lorenzo moved to the head of the times on his Ducati with six minutes remaining, a tenth of a second ahead of home hero Cal Crutchlow at the time.

But Yamaha rider Vinales, who held first position before Crutchlow's lap, and then abandoned an attempt that was just 0.001 seconds down on the Briton after three sectors, reappeared at the end of the session to post a lap half a second clear of the field as the chequered flag flew.

That left Lorenzo second and Crutchlow's LCR Honda third at the end, with early-session pacesetter Marc Marquez fourth ahead of Valentino Rossi.

Alvaro Bautista was another rider to improve at the end to move up to sixth, knocking back Johann Zarco who had claimed the place moments earlier.

They were followed by Aleix Espargaro and another home rider Scott Redding, who also jumped into the top 10 at the flag. 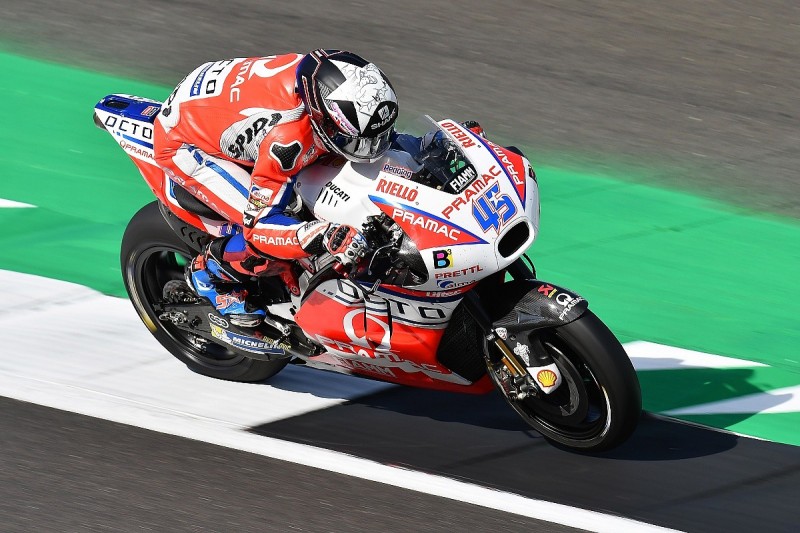 Championship contender Andrea Dovizioso was next up, 1.2s adrift of the pace set by Vinales.

Of the frontrunning riders, Dani Pedrosa was noticeably quiet, ending the session in 14th place.

Sam Lowes was the only rider to crash in first practice, losing the front through the high-speed Farm curve.

While he rejoined on another bike later on, he ended up at the bottom of the order.

Danilo Petrucci also hit trouble towards the end, coming to a stop just before Club and pulling up at the entry to the Formula 1 pitlane.