The 26-year-old says he is 100% certain of landing a ride in the category as he aims to earn another shot at MotoGP by winning the Moto2 world championship.

When asked by Autosport how confident he was of getting a Moto2 ride, Lowes said: "100%, because I have situations where if I wanted to now I could go and sign.

"I have options that are with teams that are winning races this year, so it's a good thing.

"We are all here because we love it, but we all know that grand prix racing is tough, so I'm trying to make the best situation."

Lowes would not be drawn on which teams he is in discussions with, although said he had three strong options.

Among the leading teams with possible rides available is Interwetten, which is losing Thomas Luhti to the Marc VDS MotoGP squad in 2018.

"Right now we have three main options, and all three on different chassis; you can probably nearly guess what they are," said Lowes.

"I want to be in the best situation to fight for the world championship. Moto2 is a tough class, I've been there before and I know how hard it is, but I think I'm not talking out of line to say that if I went back there I could be in with a chance of winning.

"My decision will be to go with someone who can be behind me and give me the chance to win. The preference is more on the situation than the chassis [choice], I believe that a lot of the chassis can do the job.

"There's two obvious ones, that I'm not going to say right now, that I'm favouring and then we'll see.

"The goal would be to try and come back here to MotoGP, so if I can have something that ties it in that would be good. But if not I'm going to go there and try and win."

Lowes confirmed that he still has a good relationship with Kalex, whose bikes are used by Interwetten, but also hinted that Moto2 newcomers KTM is also under consideration.

"I had a nice relationship with Kalex when I was there last year, they helped me a lot but also I helped them because I had a bit of experience and also gave them a lot of information," said Lowes.

"That relationship has stuck, so that's something that is on the cards.

"Also, since I've left Moto2 there's been another manufacturer also in there, so that's something that's on the cards."

While Lowes has yet to complete a deal, he is hopeful of having news "in the next week or so". 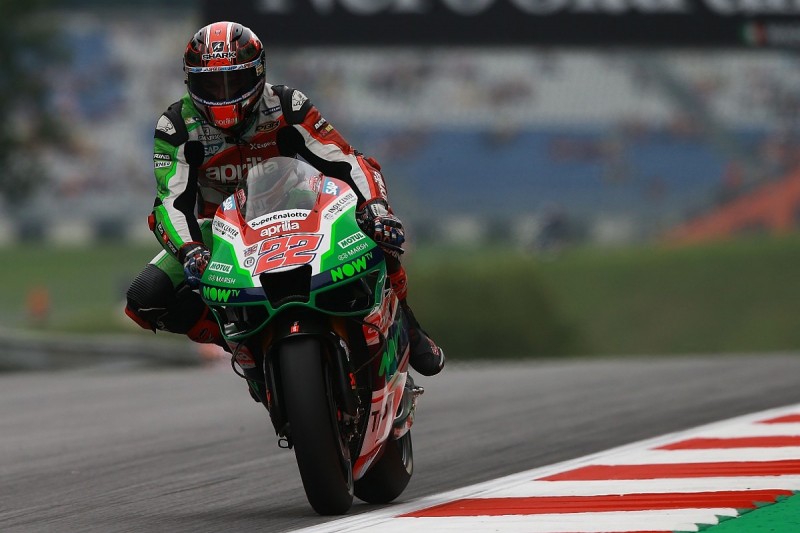