Sam Lowes relieved period of Moto2/MotoGP swapping is over

The Briton will step up to the premier class with the Gresini-run Aprilia next year, having secured that seat in 2015.

Lowes has spent the last two years in Moto2, after switching from the World Supersport Championship, winning a pair of races on his way to fifth in the 2016 standings.

He tested Aprilia's MotoGP bike for the first time in June, as part of a programme to bring him up to speed across the second half of the year.

But Lowes believes no longer having to jump between Moto2 and MotoGP machinery, starting with last month's Valencia test, will now speed up his development.

"The most important thing is that I don't have to get on a Moto2 bike now," he said.

"[At Valencia] I was focusing on riding the bike in the correct way.

"During previous testing we could see that I was doing some things, not wrong, but too Moto2 style.

"Now I'm starting to change my riding style. So it's one step backwards to take two forward.

"We've got a long time to do that and in the end we'll get to where we need to be."

Lowes missed half of the two-day Valencia test after a crash on the opening day, with the resulting neck injury also restricting his running in his final 2016 test at Jerez one week later. 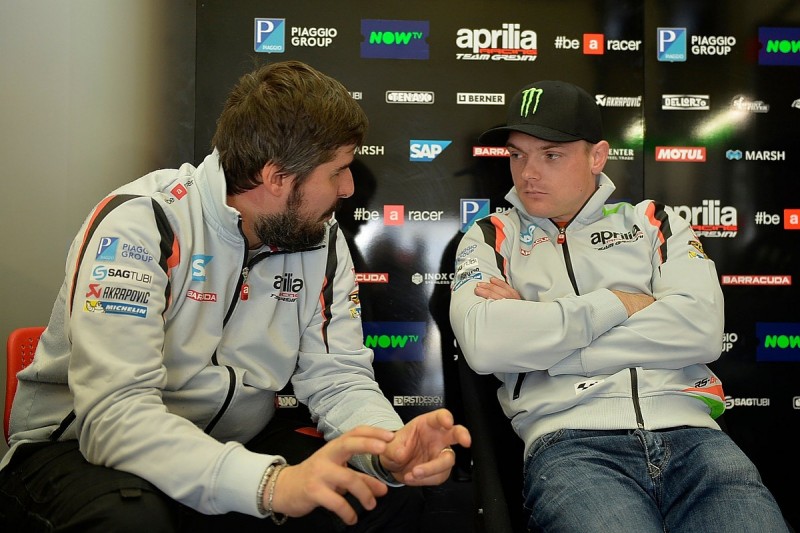 OPPORTUNITY, NOT RISK, WITH NEW PAIRING

Having signed Aleix Espargaro from Suzuki to partner Lowes, Aprilia has parted company with Alvaro Bautista and Stefan Bradl.

The pair spent the bulk of this year developing Aprilia's RS-GP, but now Bautista will switch to Aspar Ducati and Bradl is moving to the World Superbike Championship with Honda.

Their form improved after their exits were confirmed, as Aprilia gained ground, but the team's racing manager Romano Albesiano is relaxed about the rider change.

"For sure, Alvaro and Stefan did very well in the second part of the season, because the bike was improving," he said.

"Every time you have to decide if a move is a risk or an opportunity. We hope that we are on the opportunity side. 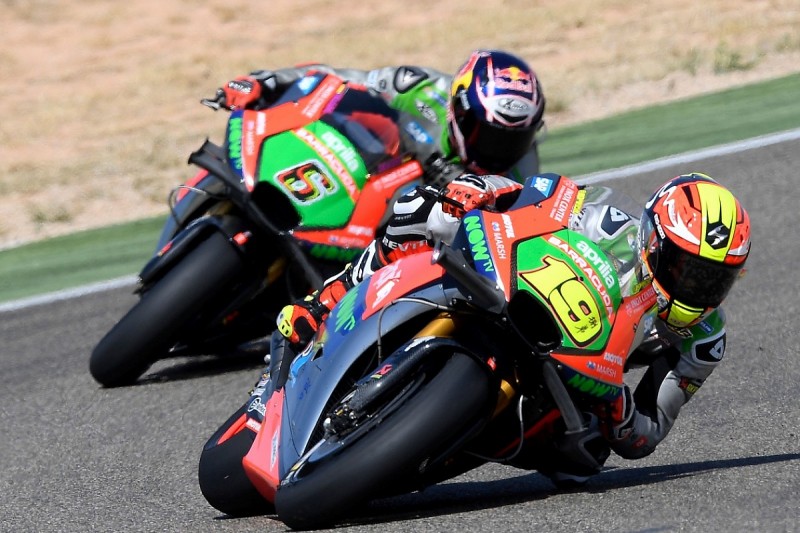 "It's not been easy for [Bautista and Bradl] doing more than half a season knowing that they were not riding for us next year.

"And I have to thank them very much because they've been very professional, keeping the focus, even in a situation which is not so much exciting like fighting for the win - we are in a development phase.

"We made a choice, one very fast rider, which is Aleix, we had this opportunity, we grabbed it quickly.

"And Sam is a young rider from a career point of view, so we have a lot of expectations for next year."