Folger got his first taste of MotoGP machinery during the Valencia test after the 2016 season finale in November, setting the 16th and then 10th-fastest time on the two days.

While Folger started the test with "no expectations", he said a chance encounter with Lorenzo (pictured below leading Folger's team-mate Zarco) on the first morning highlighted the need to hone his riding style.

"I wasn't looking for someone to follow, but I had the chance to follow Jorge, which was very interesting," he said.

"At this time, I had more laps and he'd just gone out but we had a similar lap time and I could see the difference in the way he's riding the bike. 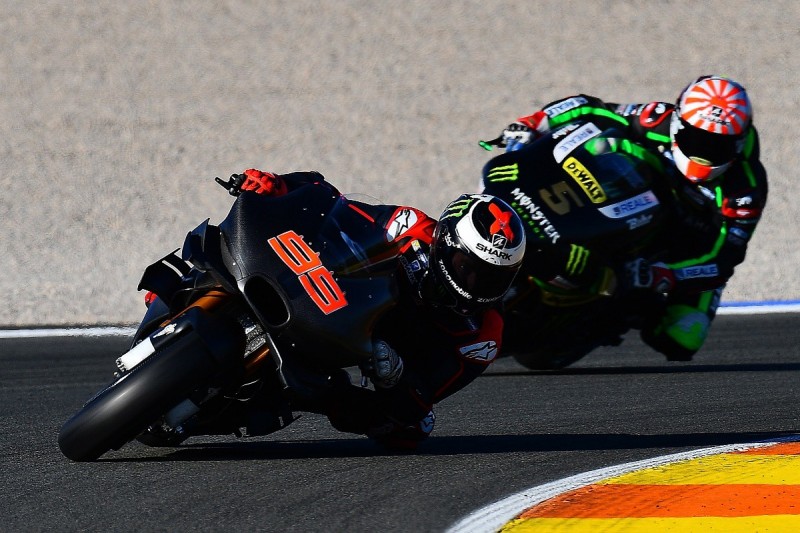 "He's a very smooth rider, I still need to learn that and that's what my crew chief always tells me and reminds me: to be smooth.

"Normally, if you want to go fast, you brake later and touch the throttle harder.

"But on this bike, it's different and it's very hard to get in that mindset to ride smooth and it's the most difficult thing right now."

Tech3 joined the factory Yamaha team at Sepang in late November for an additional private test, giving Folger more time to get to grips on his new machine.

"The way you close the throttle and the way you touch and release the bike is totally different," he said.

"It's a different way to Moto2 and Moto3.

"The biggest surprise was how smooth the bike is riding with that much power and speed so it's much less movement compared to a Moto2 bike and you have to ride it that smooth.

"As soon as you have movement on the bike the times go away."

Sam Lowes relieved period of Moto2/MotoGP swapping is over