Valentino Rossi believes it would be "very stupid" to count Jorge Lorenzo out of MotoGP title contention in 2017, when he moves from Yamaha to Ducati

After nine years with Yamaha, and seven seasons as Rossi's team-mate, Lorenzo signed off with victory in the 2016 season finale at Valencia on Sunday.

Rossi spent the Valencia race fighting with Andrea Iannone - who will be replaced by Lorenzo - with Iannone winning out to take the final podium position in a sign of Ducati's progress beyond possessing straightline speed.

"Here at Valencia like at Aragon we expect that the Hondas in the last laps are stronger than us because they have less stress on the rear tyre," Rossi said.

"But in the last races also the Ducati uses the tyre in a better way, especially the front. It uses the front less. 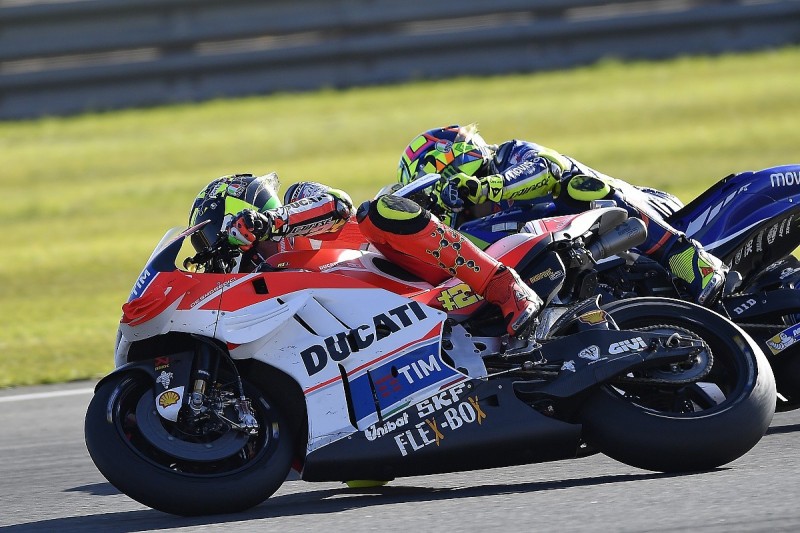 "The Ducati is a different bike. It has some weak points compared to us, but on the straight it's very fast.

"I'm sure 100% if you forget Lorenzo with the Ducati for the battle for the championship you are very stupid, because I think he can be very competitive."

Rossi spent two winless seasons with Ducati in 2011 and '12 (pictured below), before current boss Gigi Dall'Igna arrived, and does not feel Lorenzo will have any problems with its personnel.

"When I raced with Ducati, I felt OK with all of the people inside, the guys that worked with me.

"It's true also that in our team the atmosphere is very good; it's very familiar and we work always in the right way and that the Japanese put always the rider at the top and they tried to fix all the small problems.

"But I also think being at Ducati for Lorenzo is OK." 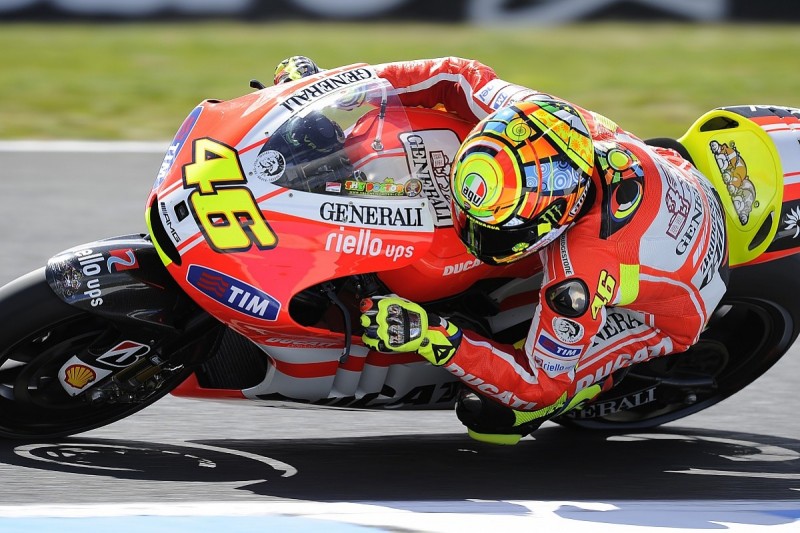 World champion Marc Marquez finished second to Lorenzo on Sunday at Valencia, and hopes his fellow Spaniard does not become even more competitive than he has been with Yamaha.

"If I say to you that I wish the best to him... no, I wish he'll struggle with Ducati because if not it will be more difficult for me!" he joked.

"As a fan of the sport of course I wish he enjoys it on the bike.

"But if he's stronger than at Yamaha it will be very, very difficult to beat him." 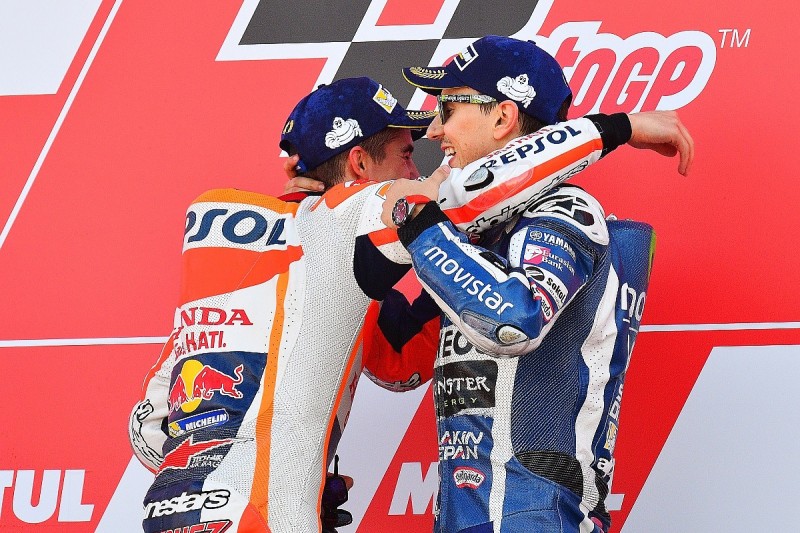