Test rider Mika Kallio raced the Austrian brand's RC16 as a wildcard, with the weekend highlighting a rear-grip deficit.

Kallio managed to qualify 20th in the 22-rider field, and maintained that position for the first six laps, until a rear-wheel speed sensor for the electronics system failed.

The Finn persevered, but lost 15 seconds to 19th-placed Tito Rabat over the course of eight laps before pitting to retire on lap 19 of 30 when issues arose with another sensor.

Leitner said the electronics gremlin is not one KTM had encountered across its 35-day, 12-test programme before racing at Valencia.

"We did some race distances in our testing and we never had this," he said.

"That's why it is a test, why it was super important to come here, to do a race week with the rhythm of the GP, with the pressure with the other people on the track.

"Of course we would like to finish the race.

"But on the other hand it is also a very big warning, that each small detail on these bikes are so important, otherwise you will not finish a race."

Kallio said he was encouraged by being able to run with the pack, before being slowed when the sensor issue arose.

"After that riding got much more complicated and that was the point I started to lose the distance to the other guys and the lap time went the wrong way," he said.

"Even if that was of course a negative point, in general if we think how the weekend was going, I think we can be satisfied.

"[In qualifying] we demonstrated that we are not miles away from the other bikes, we could be in the group on the first laps when the bike was still OK in the race.

"I could follow the other guys, I could fight with them, so that's absolutely positive and it's good to know now for the future." 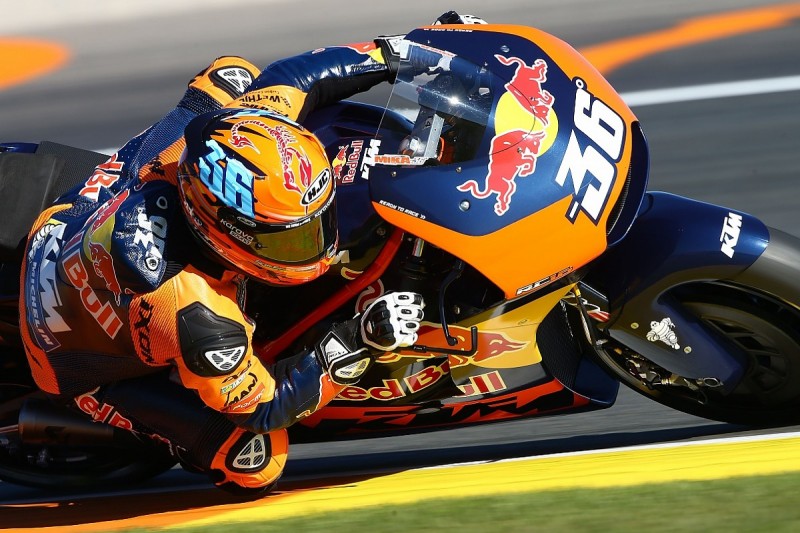 Having tested with a medley of riders led by Kallio over the last 12 months, KTM will stick 2017 race riders Pol Espargaro and Bradley Smith on its bike at Valencia this Tuesday and Wednesday.

"We are really looking forward to getting Pol and Bradley on the bike," he said.

"They will tell us very clearly where we have the most handicap on our project.

"To find this our before the end of November is super important, and then we will try to make steps before Qatar, we will try to push through the winter tests."