After the first three rounds of the 2018 campaign Lorenzo lies 16th in the standings, after retiring from the opener in Qatar before finishing 15th in Argentina and then taking 11th last time out in Austin.

Lorenzo said his lacklustre showing at the Circuit of the Americas was particularly "difficult to accept", and left him feeling "very sad".

His woes are compounded by team-mate Andrea Dovizioso leading the championship, albeit only by a single point over Marc Marquez.

Rossi partnered Lorenzo at Yamaha either side of his own Ducati stint in 2011-12, which yielded no race wins and only three podium finishes.

"It's a difficult situation and very frustrating," said Rossi of Lorenzo's situation.

"For my part, it wasn't easy to keep believing in myself and finding motivation [when I was at Ducati].

"But Lorenzo is a very strong rider and in my opinion he will be strong at Jerez. I don't know what I would advise him to do, it's something he has to feel for himself." 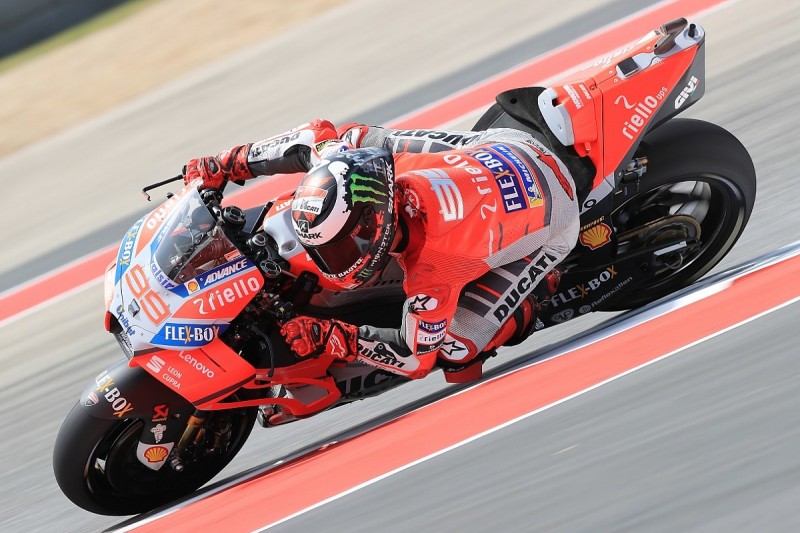 Lorenzo reckoned that Jerez, a track where he is a three-time MotoGP winner, could be the start of a run of circuits that should suit him better.

The triple premier class champion scored his first podium for Ducati at the Spanish venue last year after a similarly rough opening three rounds aboard the Desmosedici.

"It's a track I like, the tarmac is quite grippy, not so many bumps. Theoretically I would be fast there.

"The next tracks will be better for us - Jerez, Le Mans, Mugello for sure, Montmelo [Barcelona]. Probably we will have more fun."