PLUS: What we learned from MotoGP pre-season testing

Despite an initially tricky start to testing – which he blamed on a weight balance setting which didn’t work and robbed him of grip – Rossi ended the pre-season 11th overall with his best-ever lap of the Losail Circuit of a 1m53.993s.

When asked about the positives he took from the test, he praised Yamaha’s efforts over the winter – while also noting the “good” atmosphere within his new team.

“The positive is that Yamaha worked during the winter and they bring here some good things, like the new chassis and something good for the aerodynamics,” he said.

“I think they worked in a clever way, this is very important.

“And the second thing is the feeling with the new team and with all my staff is beautiful, the atmosphere is good.

“So, these two things make me happy. 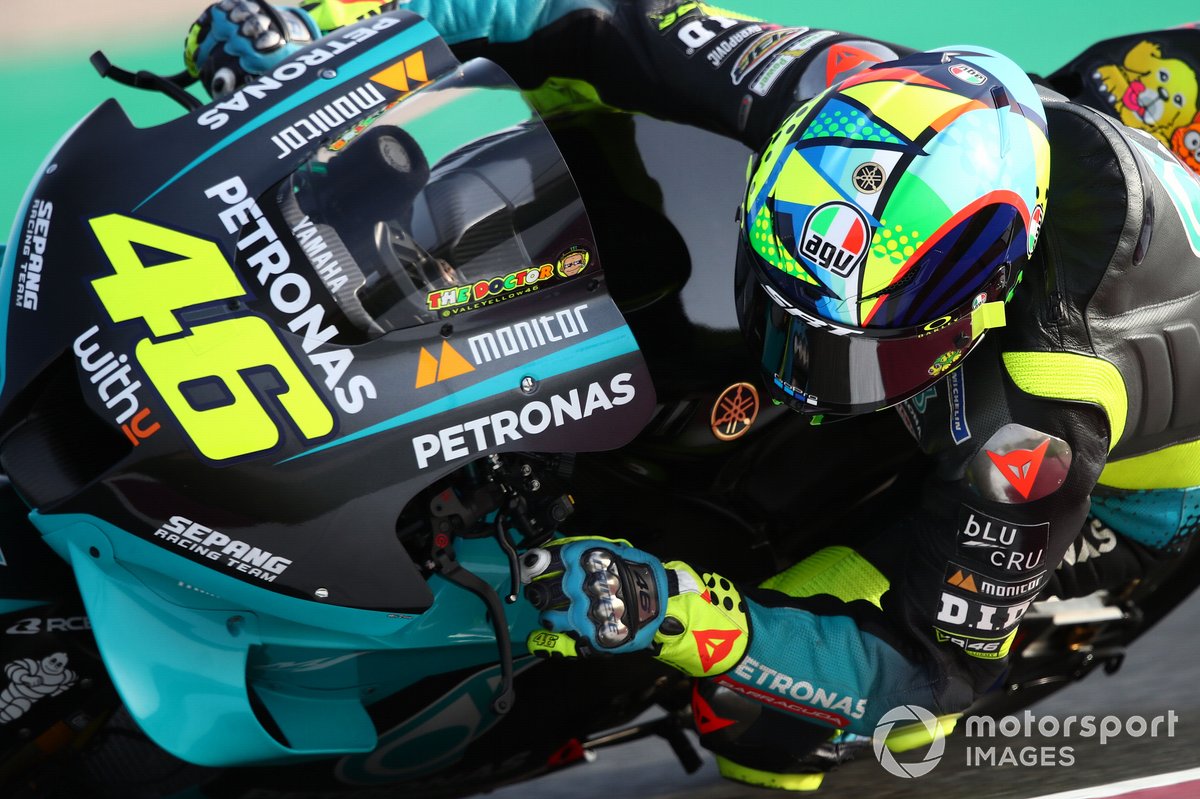 “For sure it’s difficult because there are a lot of different riders and different bikes that are strong. But we’ll try to be there.”

Among the new items Yamaha brought to the Qatar test, a new chassis – which has improved turning compared to the 2020 frame – and a new aerodynamic fairing were met with the highest praise.

With factory duo Quartararo and Maverick Vinales ending the test 2-3 on the combined timesheets having shown some of the strongest long run pace, Yamaha does appear to have made gains on its problematic 2020 bike – though caution was urged, with Quartararo expecting difficulties to arise when MotoGP heads to low-grip venues.

When asked by Autosport if the 2021 Yamaha was the best bike the Japanese marque has started a season with, Rossi responded: “For me, in the last years we have a lot of problems to improve.

“All the stuff that arrived from Japan was not really better, and it looks like they work in a more clever way [this year] and this is positive.

“But now we have to wait for the race weekend, and especially the race because when you are altogether you have a lot of other factors.

“But the feeling with the bike is good.”