Pol Espargaro says he was reassured by his maiden Honda MotoGP test in Qatar last week, and ‘would have signed for’ the feeling he has after only four days riding.

The six-time podium finisher joined the factory Honda team from KTM in the off-season and will partner Marc Marquez when the six-time MotoGP champion returns from injury.

After high winds curtailed last Friday’s fifth day of testing, Espargaro had the 10th quickest time and was just 0.716 seconds off the pace on his first outing with the RC213V.

Espargaro also put in a competitive long run on the penultimate day with pace comparable to that of the fastest on used tyres.

Evaluating his test overall, Espargaro said: “I mean, before coming here it was difficult to think of an ideal result because you were seeing in one event Marquez beating us by far, and then other riders struggling by far.

“So, it was difficult to know in which position I would be in – like Marquez’s side, or close to, or in the other riders’ side.

“If someone came to us before the test [offering] how we finished the test, with the feeling after just four days of testing, I would sign [for] it super-fast.

“I agree with Honda, with my chief mechanic Ramon [Aurin], with all the guys, they were surprised at how the adaptation went.

“I’m feeling great, feeling very good. But in saying that, [there’s] still a lot to learn, it was not enough.” 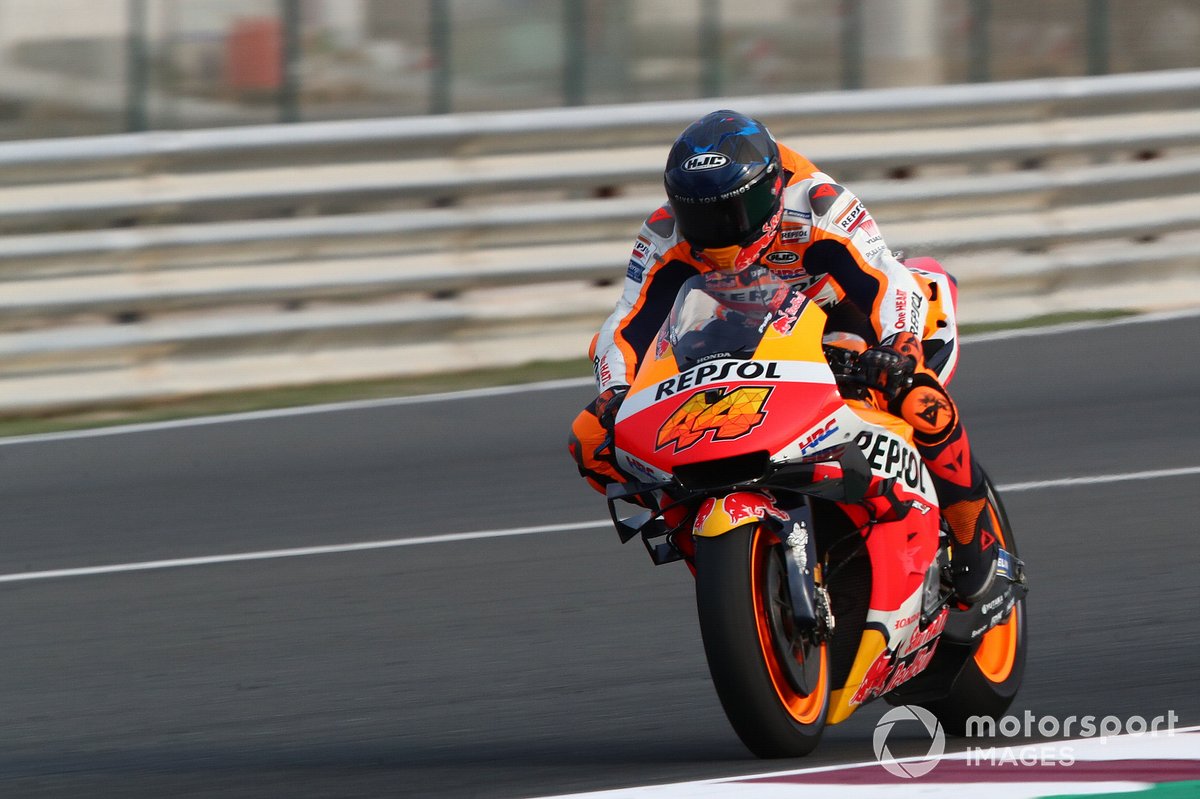 Espargaro admitted earlier in the test he was finding it “stressful” not knowing the limits of the Honda's front-end. But although he now feels he has a better understanding of it for the season-opening Qatar Grand Prix, the Spaniard concedes he needs more time to figure it out for all circuits.

“I can tell you I know where the limit is, but sometimes yes, sometimes no.

“I mean it’s such a complex situation on the front of all the MotoGP bikes, not just the Honda; together with Michelin it’s super-tricky.

“It’s a matter of time and experience, and at the moment I think I have more or less the situation under control here in Qatar.

“It doesn’t mean in the race weekend I don’t crash three times, it can happen. But at the moment I feel more or less I control the situation.”