Reigning champion Joan Mir says Suzuki team-mate Alex Rins’ absence from the MotoGP Catalan Grand Prix “hurts” him as he now “lacks information” he can use this weekend.

Rins broke his right arm during a cycling crash on Thursday at Barcelona and had to undergo an operation on Friday morning, ruling him out of this weekend’s grand prix.

The Japanese marque confirmed earlier on Friday that Rins’ operation was a success and has not ruled out a return for him in Germany in two weeks.

Suzuki elected not to replace him, meaning Mir has been left on his own this weekend.

Mir ended Friday almost a second off the pace in 16th on his GSX-RR, but didn’t do a time attack in FP2 after encountering an issue on the soft front tyre.

“Being the only Suzuki on the track hurts me in this case, because we don't have a second bike to compare with," Mir said on Friday. “It is very important for me to have Alex on the other side of the workshop. In cases like this, we lack information.”

Mir says his problem with the soft front tyre was a “terrible sensation” on the used option, which is usually an area where the Suzuki excels. 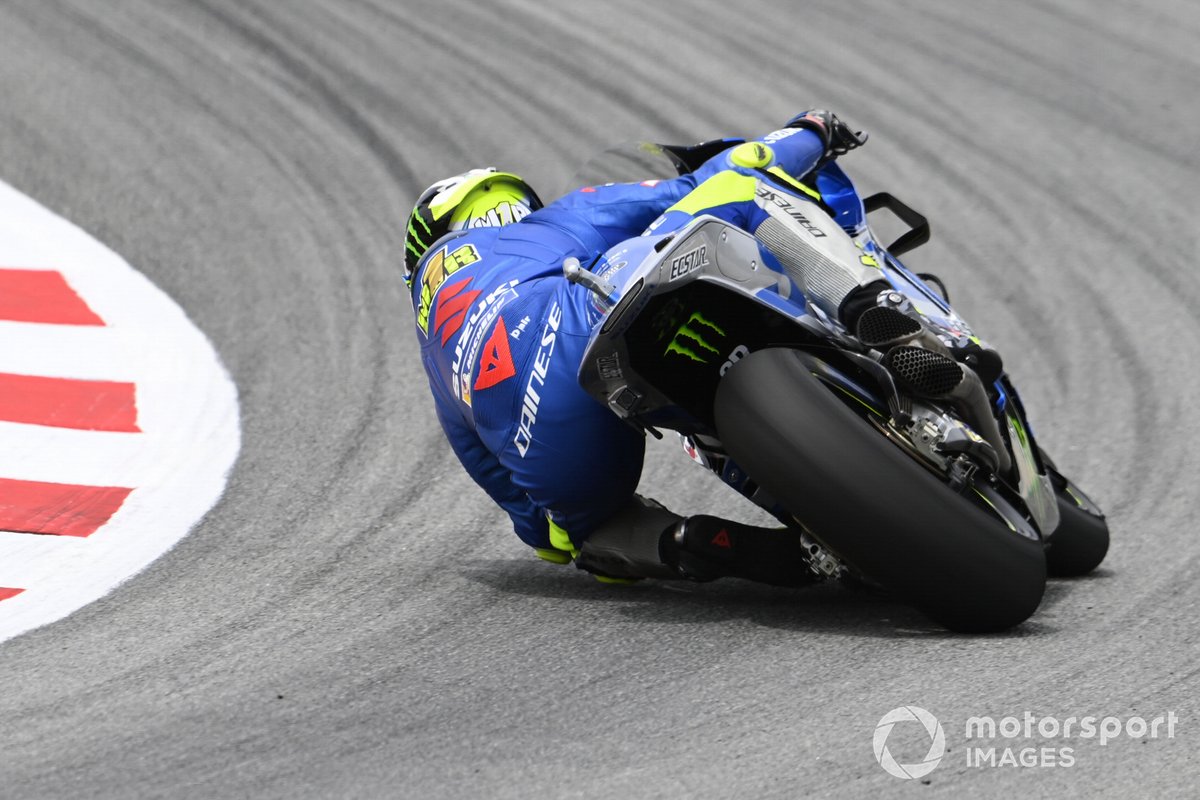 “There is work to do, but we are not bad at all,” Mir added.

“The track did not have much grip and in the end I had a problem with the soft tyres. I could not improve with the used ones.

“Hopefully we can overcome this problem with the front of the bike within view of Saturday.

“The sensations were terrible. With used rubber we are the strongest, but we have to make sure that this problem does not repeat itself.

“Everyone has complained about the lack of grip and, in addition, the degradation of the tyres it is very high.

“The key will be the degradation throughout the race. I feel strong to be the first day.”

The Catalunya circuit proved to be a strong venue for Suzuki in 2020, with Mir coming within a second of victory in last year’s race while team-mate Rins joined him on the podium in third.

In an update from Suzuki following his operation, Rins says the incident has "left a bad taste".

“The operation went well and I am already thinking about my recovery and returning to 100% as soon as possible," he said.

"This whole thing has left a bad taste in my mouth, and I apologise to the team for not being able to compete as we would have liked this weekend.

"Last year here we had a great result with both bikes on the podium and it is a pity that we cannot go for that again this year.

"Today’s operation hopefully means the shortest possible recovery time, and that’s why we made the decision to have the surgery.

"I’ll do my best to be back for the German Grand Prix. Thank you to everyone for the messages of support.”