Doohan won the 500cc world title five times between 1994 and 1998, which came in the wake of a career-threatening accident at Assen in 1992 which left him with a seriously broken leg which at one point was at risk of amputation.

The Australian’s tribulations have been compared to Marquez’s own struggles, with the six-time MotoGP world champion losing the entire 2020 season to a broken right arm and was forced to spend nine months on the sidelines having undergone three operations.

Marquez has struggled since returning in Portugal in April with power in his right shoulder, which is forcing him to adapt his riding style in an unnatural way.

Though he wouldn’t reveal what exactly was said, Marquez noted his chat with Doohan at Mugello last weekend proved beneficial.

“We have a chance to talk with Mick and it was interesting, important for me also,” Marquez said when asked on Friday at the Catalan GP. “Maybe someday I will explain what we spoke about.

“But it was a very nice talk and we speak together and it’s good to know his experience.

“It helps me and I appreciated a lot all the advice from Mick Doohan because he’s one of my heroes and he passed a similar situation.

“I was like a kid in school, just listening and trying to remember everything he said.” 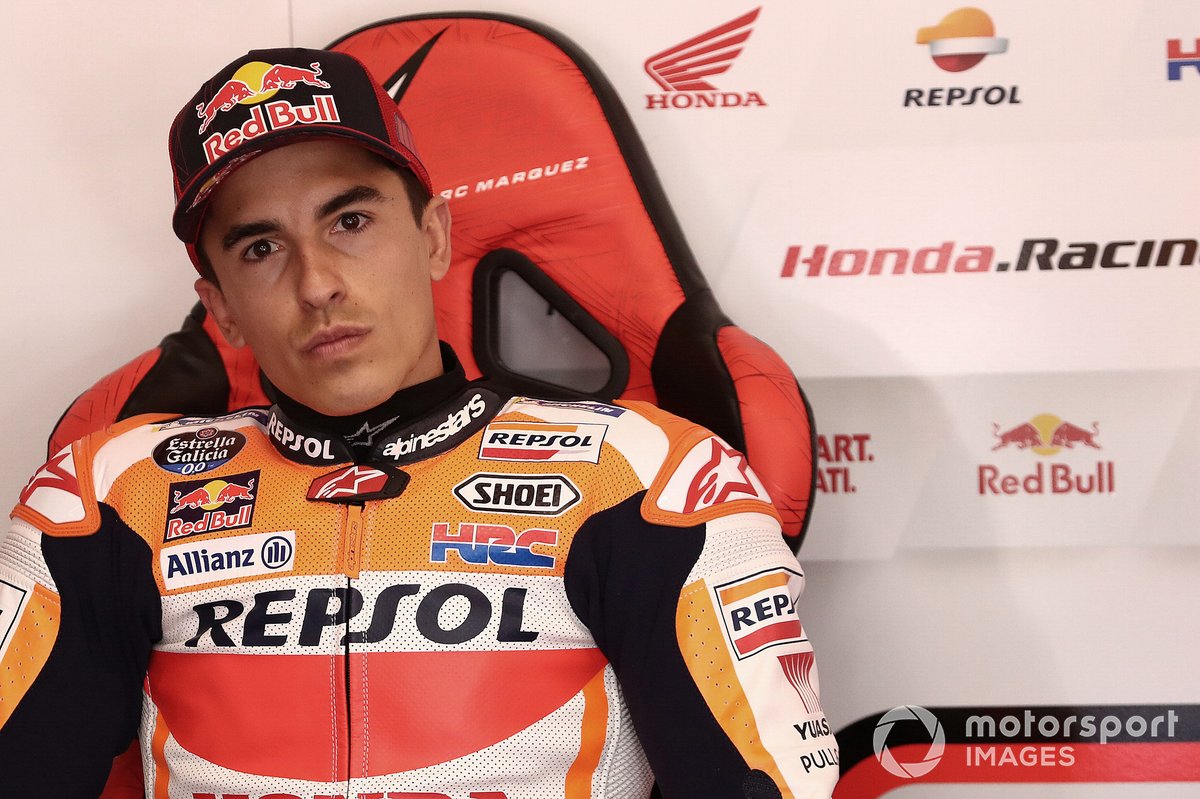 Marquez ended Friday’s running at Barcelona 15th on the timesheets as he continues to struggle in certain parts of the track with his arm.

However, he admitted his physical condition was much better on Friday than it was after the first day at Mugello last week.

“About the arm, of course for example today when I started I tried not to think about the arm,” he explained.

“But immediately I feel two, three points on the circuit where I needed to adapt the position. For example, here it’s Turns 3, 4 and last two turns, because it’s downhill corners.

“At the end of the straight, for example, where it’s a hard brake point I don’t have any limitation. I can brake where I want and I can have my riding style.

“But of course, if there’s some movement on the bike, some shaking exiting the corners, then also I cannot control well.

“But it’s true that compared to the Friday of Mugello and Friday of Montmelo, I feel much better.

“It’s true that the result is the same, but the general feeling of the body was better.”