Yamaha’s Fabio Quartararo says he’s “struggling more” in wet conditions at the MotoGP Styrian Grand Prix but won’t “kill myself” trying to find performance from the bike that doesn’t exist.

Quartararo admitted after the wet FP2 session in Austria on Friday that it was “a nightmare” for him as he had no rear grip in the conditions.

Sunday’s Styrian GP is set to be weather-affected, with the Yamaha rider hoping for heavy rain as the bike is better in those conditions than if it is drying – like it was in FP2.

With a wet race set to put his 34-point championship lead under pressure, Quartararo – having qualified third – feels a rain-hit Sunday will just be about trying “to manage the best position as possible” and not go over the limit.

“Not on my mind, but just if it’s dry it’s way better for me,” Quartararo said when asked if the potential for a wet race was weighing on him.

“But if it rains, it’s [the same] for everyone.

“I’m struggling more, but we are here to work and to try to find the best position as possible.

“I will not kill myself, so just try to manage the best position as possible.

“We made a job in the previous races, we had a great feeling when it was raining a lot. So, if it rains I hope it will be raining a lot.” 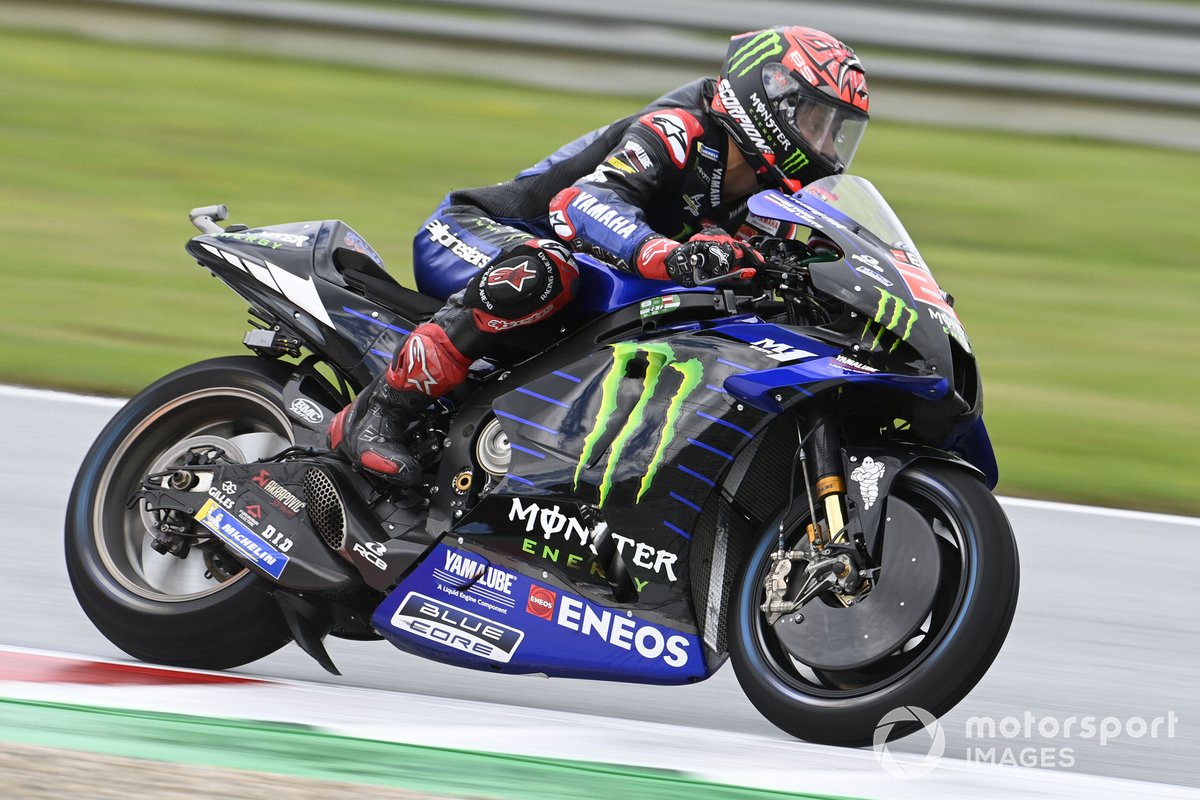 Quartararo spent most of Friday and Saturday’s FP3 session “struggling a lot to stop the bike”, but made a breakthrough at the end of FP3 and was able to put on a pole charge in qualifying – initially taking top spot with a new lap record before he was demoted to third for exceeding track limits.

Yamaha team-mate Maverick Vinales had a reversal of fortunes as Saturday wore on, having ended FP3 a strong third and displaying good pace.

But he says a mystery engine issue developed in FP4 and there was no time to fix it, while his feeling under braking was totally different compared to FP3 – all of which left him ninth on the grid.

“Well, that’s a great question,” he replied when asked by Autosport to explain his slump. “Honestly, I don’t have an explanation. I would like to have it because it’s important.

“I don’t know why, but I can tell you that the feeling was different, especially with the engine.

“Always when I start to open the gas, I don’t know why, it was like, ‘bap, bap, bap, bap’ when I was touching the gas.

“So, this had some limitation. I said to the team, but they didn’t have enough time to do something.

“The biggest difference compared to this morning was the braking zone, this morning I braked like a beast and this afternoon I went to the gravel every time.

“I could not brake, I don’t know why. I tried my best with what I had, it’s clear that I was very optimistic for the time attack because this morning I made 1m23.2s and I said, ‘I have margin’.