MotoGP points leader Fabio Quartararo says his Styrian Grand Prix FP2 session was “a nightmare” as he had “zero feeling” in the wet conditions at the Red Bull Ring.

Yamaha riders in recent years have tended to struggle in wet conditions, but more so when the track begins to dry, with a lack of rear grip the main cause of their woes.

Though he wound up over 14 seconds from victory in the flag-to-flag French GP, Quartararo still emerged from that event with a podium, marking a turnaround in wet fortunes for the French rider.

However, in an FP2 session which started wet but dried across the 45 minutes, Quartararo was over two seconds off the pace of Aprilia’s Lorenzo Savadori down in 15th, with fellow Yamaha riders Cal Crutchlow and Valentino Rossi at SRT 20th and 22nd, while Maverick Vinales was well over a second slower in ninth.

Quartararo was left baffled by his lack of form in the wet on Friday and is worried ahead of a potentially rain-hit race on Sunday.

“This morning was quite ok,” he said when asked by Autosport if Yamaha’s wet weather problems had returned.

“I mean, we stayed with the same tyres, we didn’t change.

“And after the five long weeks without riding I always need a little bit of time to come back and I think it was great pace, much better feeling than 2020.

“But in the wet conditions, it’s still the same, like I have no feeling.

“When it’s totally wet, I’m not good and we are not the best, but as soon as it’s half and half I have zero feeling on the bike and I’m not enjoying it at all. 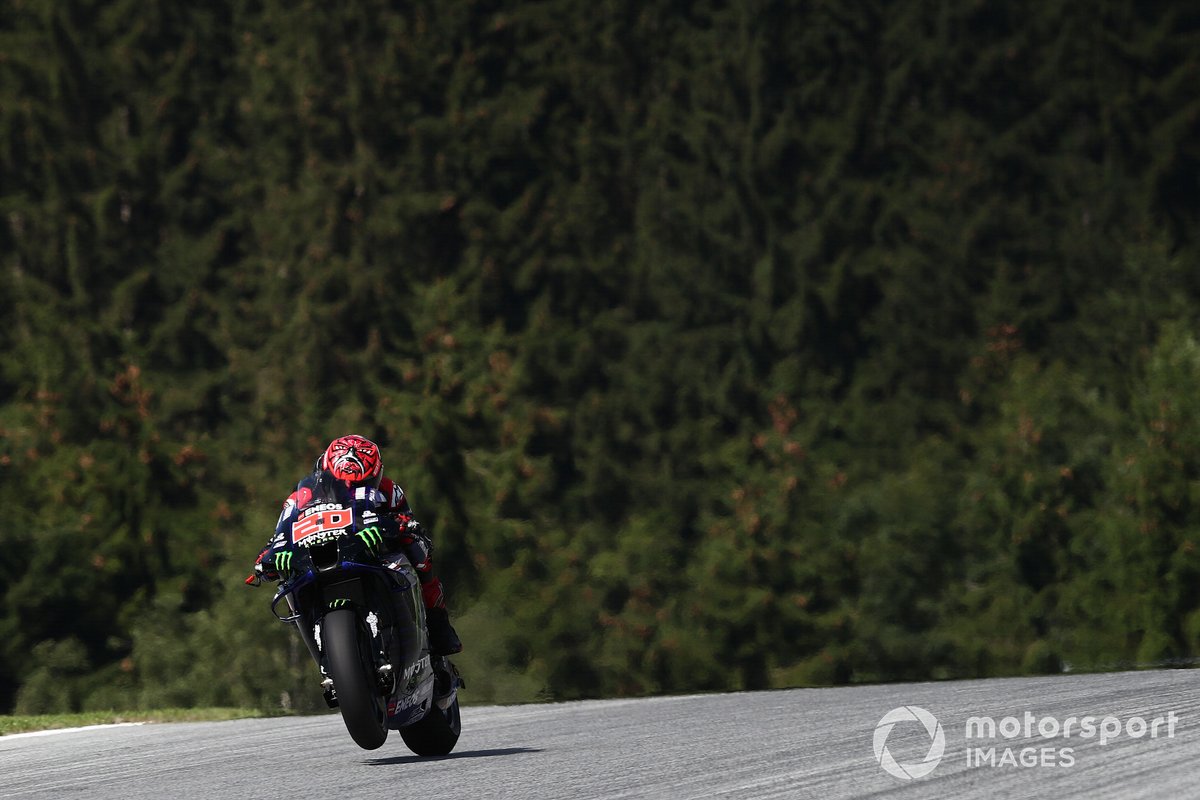 “So, we need to find a solution for these conditions and it’s strange.

“Straight grip is really bad on the wet, I was with [Jorge] Martin and Pol [Espargaro] and on the braking and turning I was not bad.

“But just as soon as they opened the throttle… it’s not about power, it’s just about the grip on the straight line. It was kind of a nightmare of an FP2.”

Quartararo also refuted suggestions his lack of rain riding experience in MotoGP could be adding to his issues, noting: “No, because Valentino is one of the most experienced riders in the wet and I think we have the same problem.

“So, in 2019, my first year, I think I never finished out of the top 10 in the wet and we made Brno, Motegi, Phillip Island, tough tracks where we are struggling a lot now and it was our strong points in 2019.

“It’s something I don’t understand because the wet is something that I don’t like, but I’ve always been in the top 10 in 2019.

“Last year and this year it’s a really strange feeling, so I don’t know.

“So, we need to find a solution because Sunday it’s supposed to rain and I have zero feeling.

“I don’t know where I am, so I’m a bit disappointed, but we still have tomorrow. So let’s see and hope we have an improvement.”

He added: “We need to find a solution because I’m not that bad in the wet, we made a podium at Le Mans.

“So, something happened with this track that we are lost.

“Last year was the same, we need to find something honestly because it’s not normal that we are so far away from the top guys.”