Fabio Quartararo wants to make Marc Marquez’s “life hard” in his quest for victory in the MotoGP German Grand Prix, but “will be happy” if the Honda rider is victorious.

Honda rider Marquez is unbeaten at the Sachsenring in all classes since 2010 and felt ahead of the German GP weekend that the anti-clockwise layout would mean he would be “without physical limitation” for the first time this season.

Quartararo ended Friday second overall on his Yamaha, just over two tenths shy of KTM’s Miguel Oliveira, while FP1 pacesetter Marquez was 12th having elected against a time attack in FP2.

Yamaha rider Quartararo doesn’t feel Marquez is particularly any stronger than he is currently and joked he wanted to make things difficult for the Honda rider as he guns for his first victory since 2019, just as Marquez did to the Frenchman that season.

"I mean, I feel that he was super strong, but I feel the same,” Quartararo said on Friday.

“In 2019 I remember he made my life so hard for me to get my first victory, so I will try to do the same.

“But [it] looks like he is super-fast, the pace looks good.

“We know that in this track he’s super-fast and I think everybody – I’m one of the only ones who will say it – but he had a really tough time and I will be happy for him if he gets a really good result.

“But happy for him, not happy for us, so we need to manage to try to get a really good result here and try to not make him win. 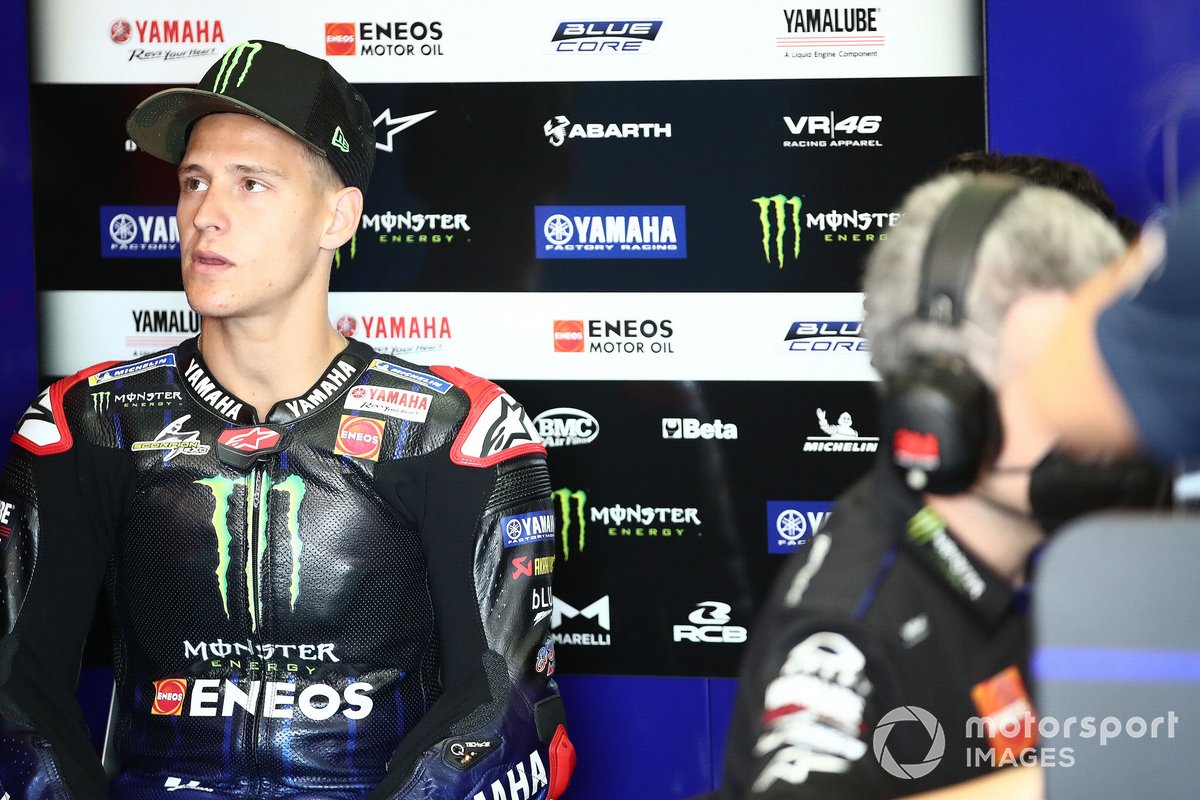 “I’m here to fight for the win and the podium here, so this is out of my mind at the moment. But it would be something good [for him if he can win].”

Quartararo spent most of FP2 working on used tyre pace with medium rubber and was able to consistently lap in the mid 1m22s bracket.

Pleased with his form on used rubber, Quartararo admits his overall feeling with his Yamaha could be improved.

When asked by Autosport about his used tyre pace, the championship leader said: “[It] was long because my tyres finished with 33 or 34 laps, but was really long.

“I didn’t really compare with all the other riders but I feel myself quite good. With 32 laps on the tyre, I managed to make 1m22.5s.

“It’s the tyre from this morning, so I feel quite ok and I feel that we can improve a little bit because the feeling with the bike was not so good today, especially on the front.

“So, we have some ideas for tomorrow, but we are not so far, so I’m quite happy about today.”

Quartararo crashed in FP1 at the penultimate corner and initially looked to have hurt his shoulder. 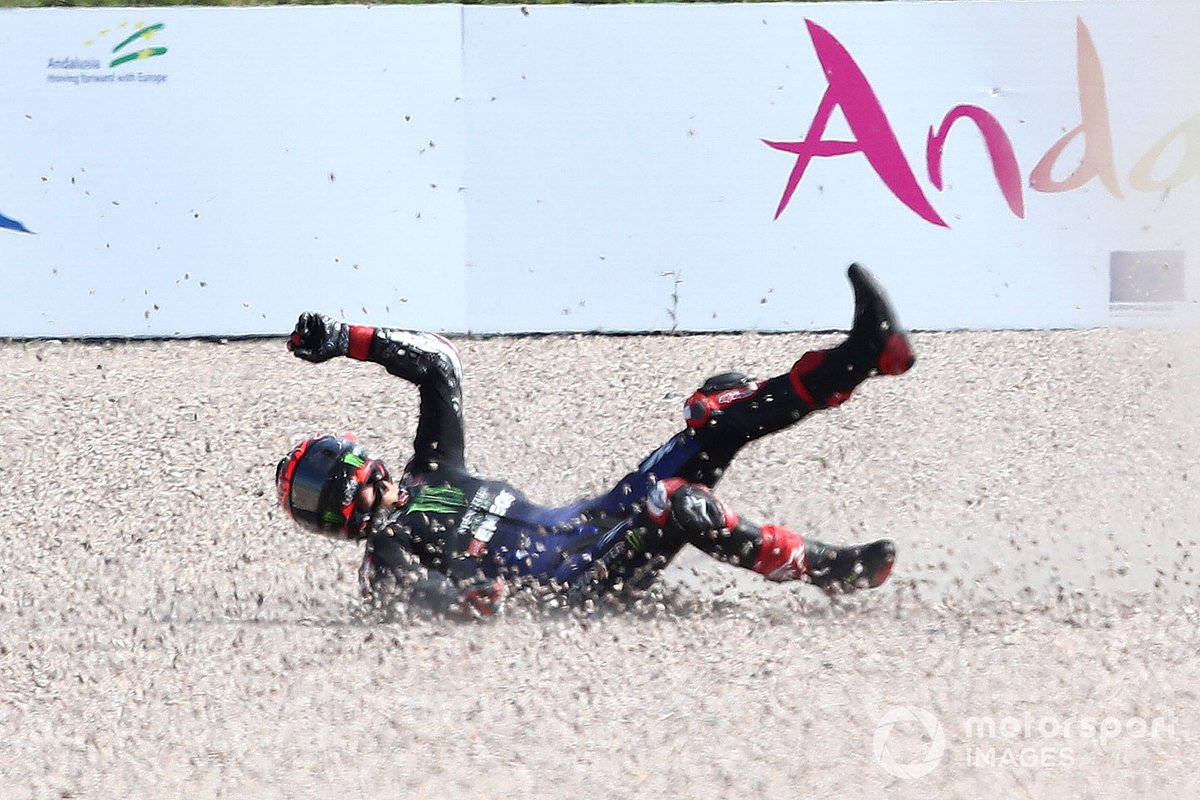 He says he had some pain in his hand from the impact and admits he was “scared” he had picked up an injury at that moment.

“The hand was feeling sore, but was just the impact but was ok,” he added.

“So, in FP2 I couldn’t really feel and everything was fine.

“In the moment I was a little bit scared but everything is fine.”