Marc Marquez says he “cannot imagine” following in Valentino Rossi’s footsteps and remaining in MotoGP despite not having “options” to fight for podiums, though he appreciates the Italian’s drive.

Rossi is in his 26th season of grand prix racing in 2021, but so far it has been the worst of his career having only scored 15 points from the opening seven races and shown nothing close to podium potential on the Petronas SRT Yamaha.

The Italian – who was 21st after Friday’s practice for the German Grand Prix – will decide on his future beyond 2022 in the summer break, though retirement appears to be looming.

In his nine years in MotoGP, Marquez is just one title shy of Rossi’s tally of seven and is expected to surpass this once he returns to full fitness following his nine-month injury layoff last year.

In a recent interview triple MotoGP world champion Jorge Lorenzo said he enjoyed winning more than he did racing, with Marquez asked if he shared in this view on Friday at the Sachsenring.

“One of the motivations to be here is because I like the taste of the podiums and winning races and being competitive,” he said.

“As soon as I feel I cannot be competitive and fighting for the top positions, then it’s time to reconsider many things.

“But it’s true if you win many races and many championships in the past, the way when you don’t win is you need extra fuel, [for] the victories. The emotions give to you extra fuel, extra motivation and a winner needs this.

“Especially for this reason, I say I’m very surprised and I appreciate, but at the same time I’m surprised the way that Valentino accepts this because now Valentino is riding, he doesn’t have options but he is still enjoying – or looks like he’s enjoying.

“But in his position for example, I cannot imagine – maybe in the future, I don’t know – but I cannot imagine staying in this championship and don’t have a chance to stay even in the podium.” 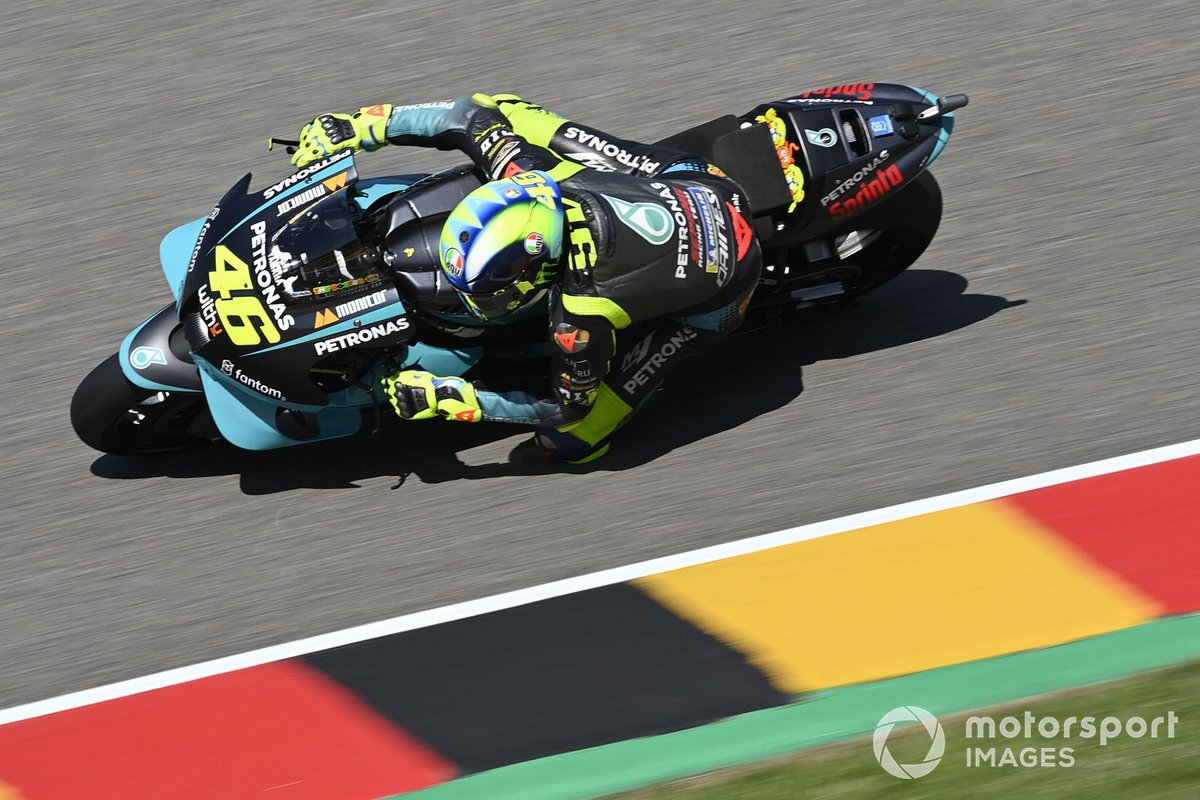 In response to this, Rossi said continuing “made sense” as he “hoped” he could be more competitive than he is, but concedes his current form is “no fun”.

"When I talk about these things I always seem to be quite clear,” Rossi said.

"This year I continued because I hoped to be more competitive, maybe not fight for the world championship, but to be up there, have some good races and be in the top five.

"Maybe get on the podium on the right day, but still be close and be a protagonist.

"So, in my head it made sense, but the results are worse than we expected and of course I don't like racing to finish 16th or 20th either.

“There was the COVID, then I had just changed crew chief and I would have liked to compete in a real season.