Marc Marquez believes this weekend’s German Grand Prix will be his first MotoGP round of 2021 where he will be “without physical limitations” in his recovering arm.

The six-time MotoGP world champion has been struggling with a lack of muscle and power in his right shoulder since returning to action in Portugal following a nine-month injury layoff.

A winner at the Sachsenring across all classes since 2010, its quirky layout of 10 left corners and just three right should mean Marquez suffers less with his shoulder.

“Honestly speaking, maybe this weekend it will be the weekend I will feel better with the shoulder and with the arm,” Marquez said on Thursday in Germany.

“I think and I hope there will be no limitation in this circuit because we have left corners, only three right corners where I have the limitation and I feel worse.

“So, we can say that this will be the first weekend without physical limitations.

“Obviously, you cannot pretend to arrive here and change completely the situation.

“But about physical side, I’m confident that it will be much better than in other circuits.

“Then let’s see if we can arrive with less physical limitations.” 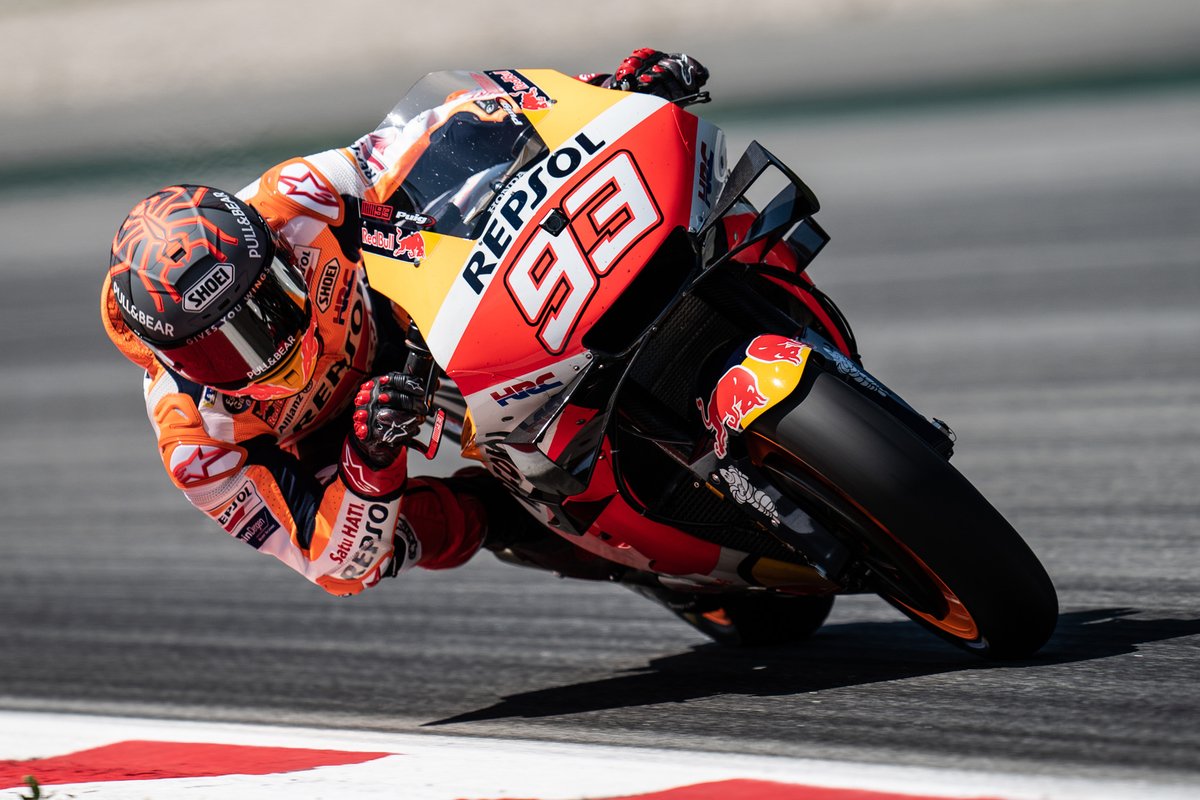 Marquez has also been boosted by a hugely successful post-race test at Barcelona two weeks ago, in which he completed a massive 87 laps.

Though admitting he was “completely destroyed” for the next two days after it, he noted last Friday he was able to jump on a flat track bike in training and ride it “in a good mode” – offering him further encouragement that his arm is improving.

“Yeah, the Barcelona test was so important,” he added.

“It was the first time I was able to ride a bike without cameras, without the pressure, not depending on lap times and I was just riding, was trying many things on the bike.

“It’s true we try many things for Honda for information, but also I tried many things on my side and was good.

“It’s true that next days I was completely destroyed, but even like this I did another step in that on Friday I was able to ride with a flat track bike in a good mode.

“So, this is something step-by-step means my body is getting ready.

“But the most important thing was that Monday test in Montmelo, I was happy after Monday.”