Fabio Quartararo admits Friday at the MotoGP Valencia Grand Prix was "one of the worst days of the season", after finishing 16th overall on his Petronas SRT Yamaha

Quartararo's championship hopes are all but gone following a crash last weekend in the European GP, in which he remounted to take a lowly 14th place, while title rival Joan Mir claimed his maiden MotoGP victory to extend his points advantage 37.

The Frenchman struggled throughout the European GP weekend and once again scrabbled for form on his M1, having made "big changes" to his bike, but was never able to improve his feeling - something he claimed has never happened to him before.

"Actually, it was one of the worst days of the season for me," Quartararo told motogp.com.

"But we made big changes and the feeling was exactly the same, and this has never happened.

"So, we will go in an extreme way tomorrow, because it's difficult because even when we struggle [before this weekend] with the pace, we put in the new tyre and we are fast.

"And today, we were slow even with new tyres. So, this is something we need to change and tomorrow we will go in an extreme way we never did in both years in MotoGP." 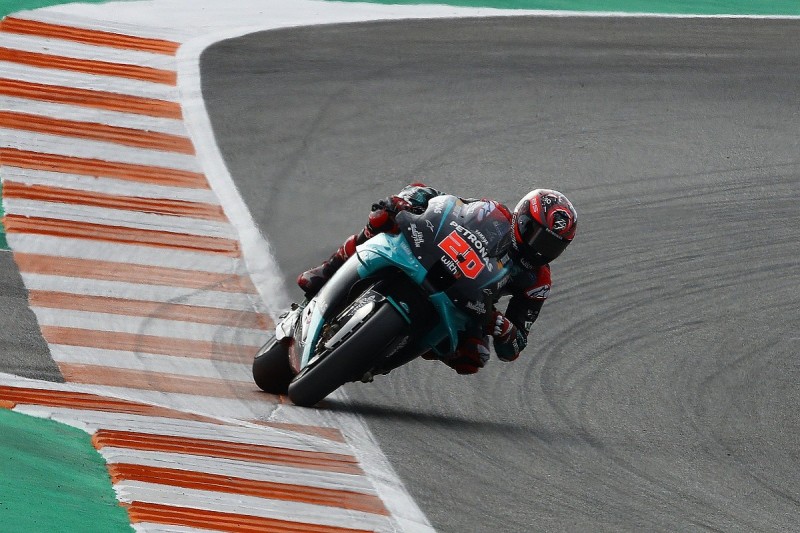 Quartararo says his team tried different engine maps, suspension settings on the front and rear and ride height adjustments, but admits he is "worried" as none of it yielded any improvement.

"Yeah, a little bit, because normally we know why we have a problem - not this problem because it's the first time we have it - and I would say that normally when we change the bike we feel it," he said when asked if he was worried.

"Either positive or negative, I go in and say 'the bike is worse', or better or something happens.

"And today, with all the changes that we made, it was exactly the same. So, yeah, I'm a bit worried because I will go out with a bike that I never really ride, and it will be difficult."

Quartararo admits his lack of understanding of a problem on the bike is one of the main flaws with the 2020 M1.

"That last year, on normal days, you can adapt to the bike, but this year the margin is so small to be fighting for victories or fighting for the points and this is something that is tough to understand.

"At other races it's also difficult because everybody improves, but actually right now it doesn't improve, and normally when you make big changes like we did today, you feel it and you come into the box and say it's worse [or] I have this feeling.

"But today was the same and this is probably the main problem; first you get lost really easily but it's difficult to understand.