Tech3 KTM rider Danilo Petrucci revealed he suffered a shoulder dislocation in his Qatar Grand Prix crash last month but only found out upon returning home from the Doha GP.

Petrucci crashed out of the opening round of the season at Losail on the opening lap at Turn 2, and battled inflammation in his left shoulder for the rest of MotoGP’s stay in Qatar.

Ending the second Qatar race 19th, Petrucci admitted ahead of this weekend’s Portuguese GP that an MRI scan when he returned home to Italy revealed the cause of his pain in the Doha GP was a result of dislocating his shoulder in his first round crash.

“First of all, after coming back home I did an MRI on the shoulder and I discovered in the first race I dislocated my shoulder,” Petrucci, who admitted after the Qatar double-header that he was “too big” for the RC16, said.

“It went out and re-joined the normal place, so for this reason I felt a lot of pain.

“Fortunately, there was no further damage at the ligaments, but there was big inflammation and during this time I worked every morning with my physio to try to be as fit as possible for this race.

“Fortunately, also with anti-inflammatory [drugs] I was able to ride in the second [race], but I got a bit of inflammation also on the right shoulder because I was just moving the bike with one arm.

“Anyway, I’m feeling better and I think caring about this won’t be a problem this week, also because we know here we have a good opportunity because from what I understand this track suits quite well to our bike.” 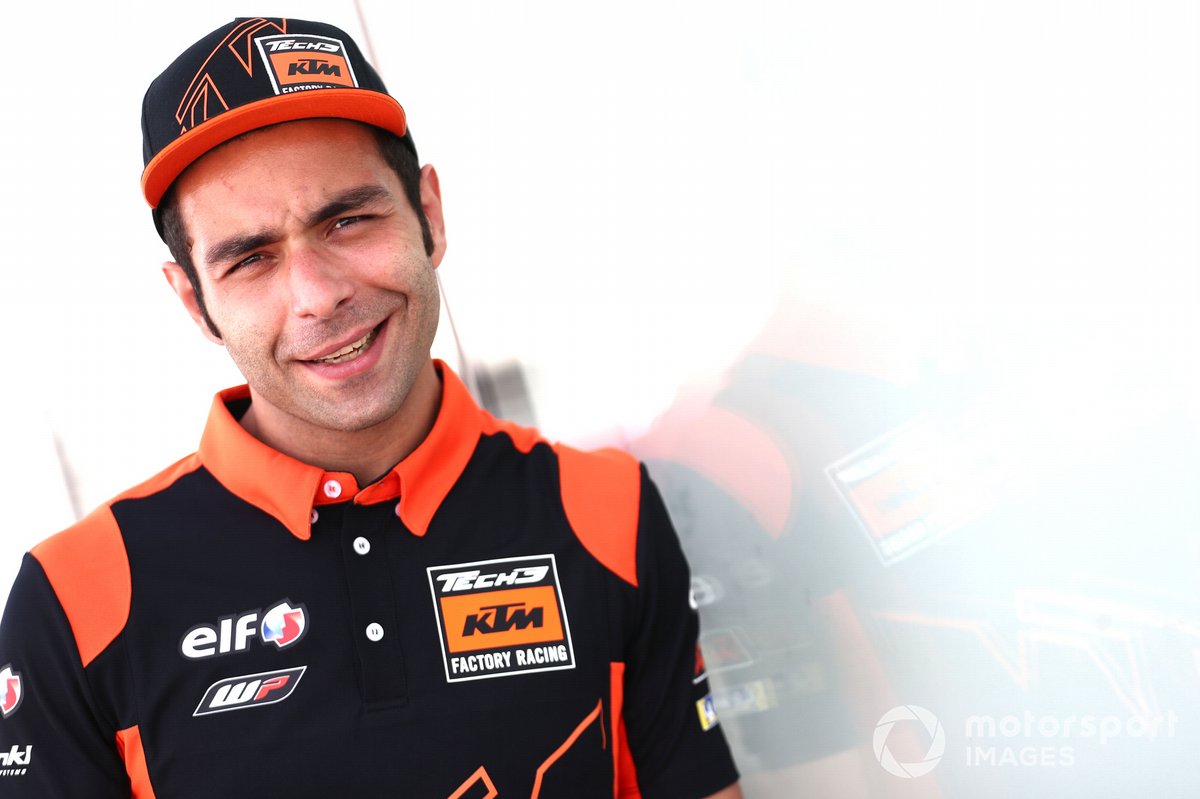 Last year’s Portuguese GP was dominated by former Tech3 rider Miguel Oliveira, which is the bike Petrucci has inherited for 2021.

Petrucci’s Tech3 team-mate Iker Lecuona spent the Qatar rounds battling an arm pump issue, which he had operated on immediately after the Doha GP.

Following a medical check on Thursday at the Algarve Circuit, Lecuona has been cleared to ride.

Ducati’s Jack Miller has also been declared fit after having a similar operation.

MotoGP doctors also passed six-time world champion Marc Marquez fit to ride this weekend, after his personal doctors gave him the green light to return to action for the first time since last July earlier this week.