Six-time MotoGP world champion Marc Marquez admits he is “nervous” ahead of his return from injury at the Portuguese Grand Prix, which is “not normal” for the Honda rider.

Marquez has been out of action since his aborted comeback attempt at the Andalusian GP last July just days after the first operation he had on the broken right arm he damaged in the Spanish GP.

Undergoing two further operations having missed the rest of the 2020 season and the opening two rounds of 2021 in Qatar, Marquez will make his long-awaited return this weekend at the Algarve International Circuit in Portimao.

Speaking in the pre-event press conference, Marquez says he is battling nerves after 265 days off a MotoGP bike – but is sure those will disappear after FP1 on Friday.

“It is really nice to be back here and be here with all of you because the last nine months have been really, really hard and difficult,” Marquez said.

“Tomorrow it will be time to make the most important step in my rehabilitation, that is riding again a MotoGP bike.

“It is true that I am nervous, I have some butterflies in the stomach that are not normal in me but I know that after FP1 these will be gone and now it is time to enjoy being on the bike again.

“Today I met all the team, all the Japanese staff, because all of the Spanish staff I had already met them at a private test. 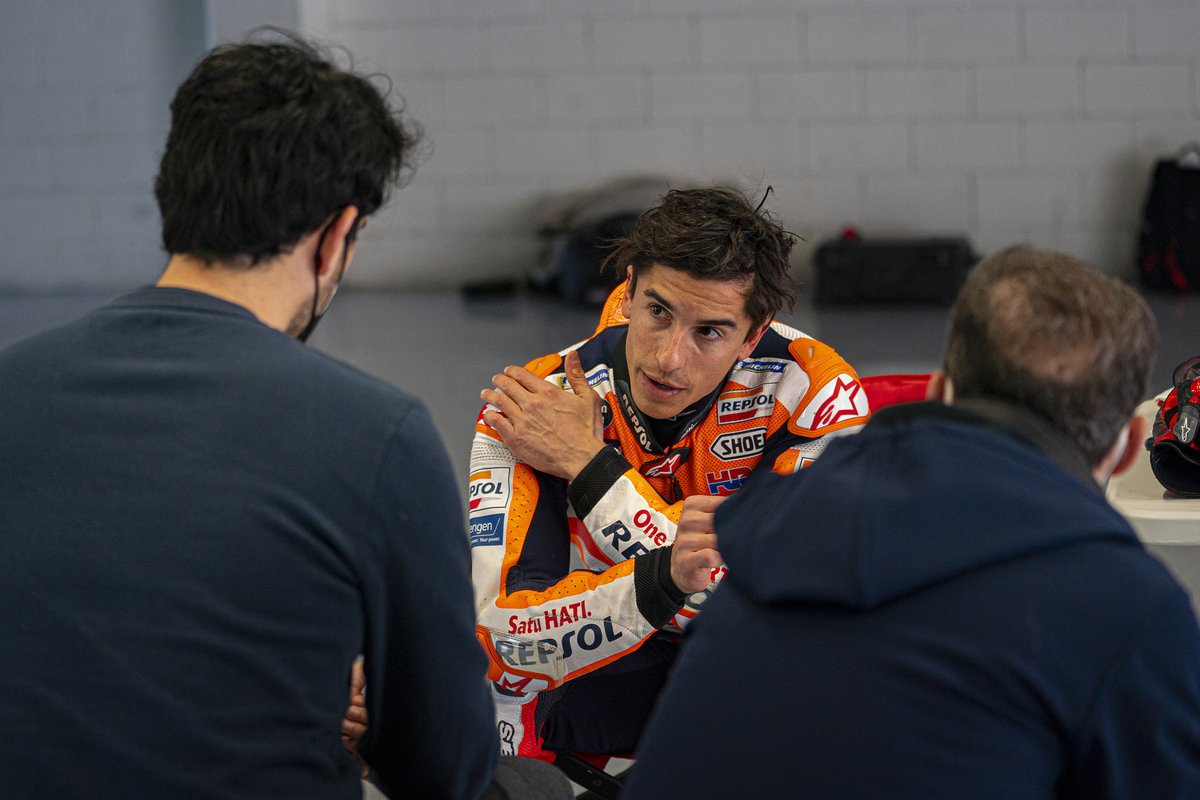 “But the Japanese staff were really motivated and immediately straightaway I said, ‘Hey, don’t forget that we do not have any target this weekend’.

“I will not be the same Marc from FP1, I need time, I am still in my rehabilitation and there are two different things: a physical side but also a mental side.

“We are in the process, but I am really happy to be here and I am looking forward to riding the bike.”

Marquez says it was “difficult” not to race in Qatar as he personally felt “ready”, while noting it was hard to watch last year’s races from the sidelines.

“It was really strange especially in the beginning then in the mid-period of these nine months it was normal already, I was there just as a fan watching on TV and enjoying,” he added.

“Of course it was really difficult to take the decision not to race in Qatar one and Qatar two [races] because I feel ready but not 100%, and then the doctors decided to stop me.

“Of course, I just followed that advice but it was hard, nine months, very hard and with the doubts.

“Not only doubt on would I ride again but also the doubts if I will have a normal arm.

“So, this was hard and always I was optimistic which was the key point and especially the people around me helped me a lot to keep the motivation there and have the target to ride a bike again.”