Francesco Bagnaia led a historic first Ducati 1-2-3 in a tense Valencia Grand Prix as Valentino Rossi brought his illustrious MotoGP career to a close with a ride to 10th.

After 432 grand prix starts spanning 26 seasons, nine-time world champion Rossi has brought the curtain down on his career in an emotional final ride to 10th having qualified there.

The Petronas SRT rider made up one spot to ninth on the opening lap, though was demoted to 11th when Enea Bastianini blasted past early in the race on his Avintia Ducati.

But a crash for Takaaki Nakagami promoted Rossi back into the top 10, with the Italian legend holding off the factory Yamaha of Franco Morbidelli to end his final race with the fourth top 10 of a difficult 2021 season.

Poleman Jorge Martin nailed his launch off the line to grab the lead into the first corner at the start of the 27-lap finale, with Jack Miller and Joan Mir shadowing him.

Miller took the lead on the run into Turn 1 at the start of the second lap, though Martin retaliated at Turn 2, while Mir would force his Suzuki up the inside of the Australian at Turn 4.

Bagnaia and Alex Rins would also quickly surmount Miller as he appeared to struggle to stop his factory Ducati in the early stages, while Bagnaia and Rins would get ahead of Mir on lap four to give chase on Martin.

The top four of Martin, Bagnaia, Rins and Mir briefly opened up a gap of around a second to the rest by the sixth tour, though Mir would soon just drop off the leading trio.

Rins and Bagnaia traded second spot on the same lap, but the former’s victory hopes were dashed when he crashed at Turn 6 on lap 11.

Martin and Bagnaia’s pace kept them out of reach of the chasing Mir following Rins’ crash, with the factory Ducati rider having a look at Pramac’s Martin into Turn 6 on lap 15. 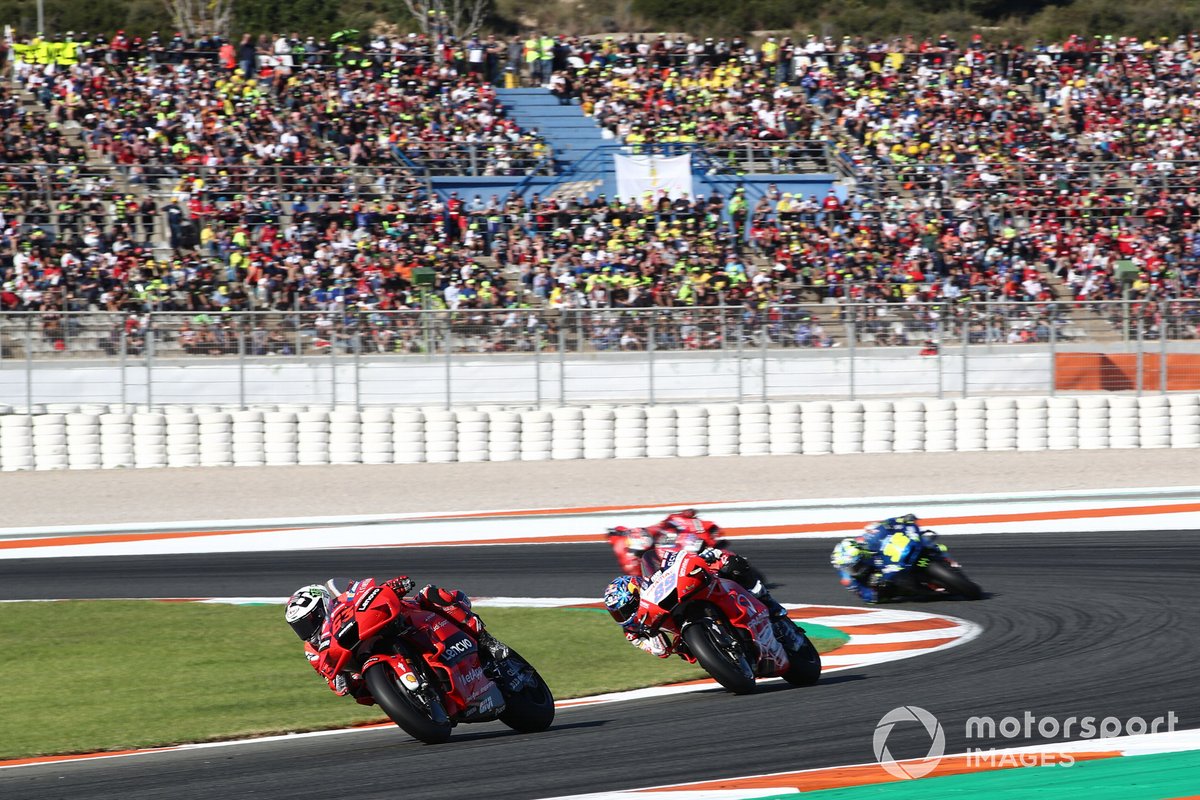 That proved unsuccessful, but Bagnaia got a great run out of Turn 12 and followed Martin line astern through the Turn 13 left-hander to execute a clinical pass for the lead into the final corner.

Bagnaia proceeded to put in the best lap of the race and open up a gap of over four tenths, though Martin for a few more tours did keep his factory Ducati counterpart within reach.

But by lap 22 Bagnaia had begun to stretch his legs again, his lead up to over six tenths and continuing to climb to over a second – though he did ease off on the final lap - as he took the chequered flag for his fourth win of 2021.

Behind, Mir’s podium charge faded as the race wore on to its conclusion, with Miller regrouping in the second half after his earlier issued to hunt down Martin come the last tour.

But Martin would hold onto second ahead of Miller to complete the first Ducati 1-2-3 in MotoGP history, while the factory Ducati squad wrapped up the teams’ title to add to its constructors’ crown in 2021.

Mir faded to fourth by the end, beating world champion Fabio Quartararo on the works Yamaha by just over two tenths, while Pramac’s Johann Zarco completed the top six.

Brad Binder held onto seventh on the KTM ahead of Bastianini, Aprilia’s Aleix Espargaro and Rossi. 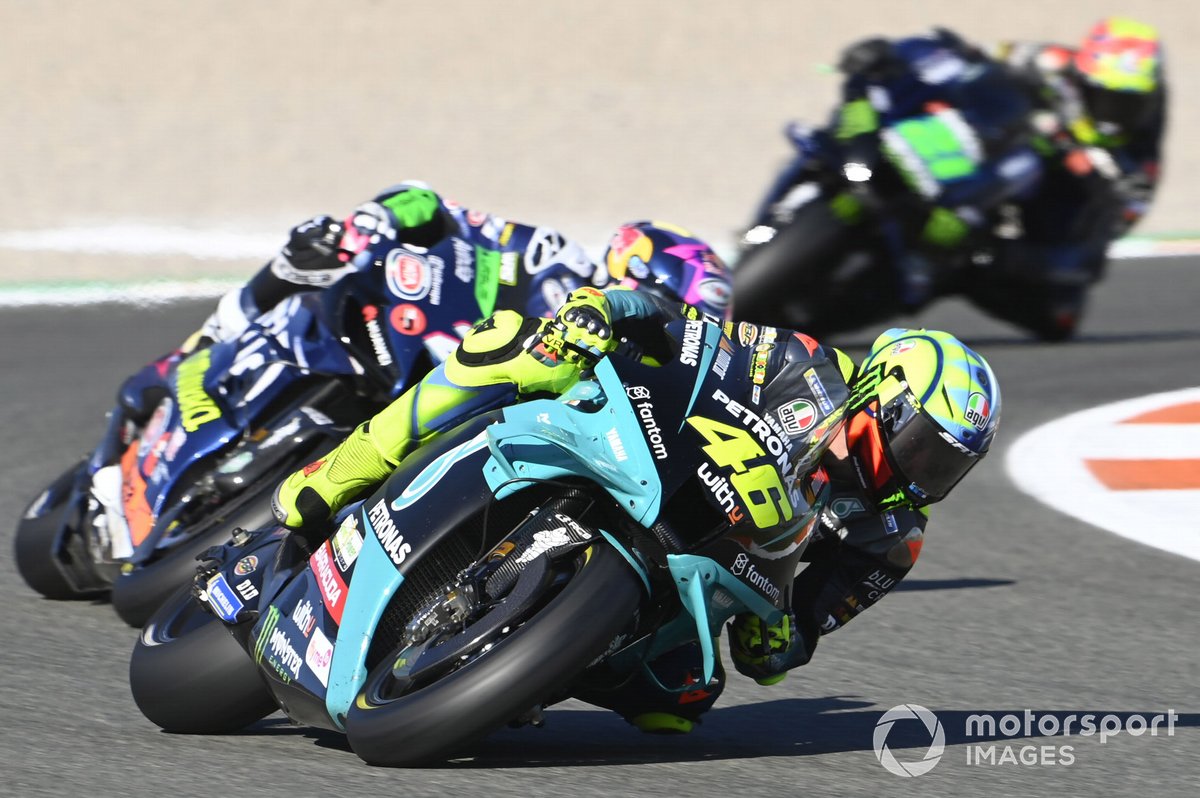 Maverick Vinales on the Aprilia, Avintia’s Luca Marini and the outgoing Danilo Petrucci on the Tech3 KTM were the final finishers.

Honda withdrew Pol Espargaro ahead of Sunday’s race following his violent crash in FP3 on Saturday, marking the first time since Assen 1992 that no factory team Honda rider started a premier class grand prix with Marc Marquez already ruled out with vision problems.