Francesco Bagnaia says his victory in the Valencia Grand Prix sporting a retro Valentino Rossi helmet was the “best way possible” to celebrate the end of the MotoGP legend’s career.

The Ducati rider chased down Pramac rookie Jorge Martin in the first half of Sunday’s 27-lap finale at the Ricardo Tormo Circuit before making a decisive move on lap 15, which ultimately took Bagnaia to his fourth win of 2021.

Bagnaia – along with all VR46 Academy riders – ran a special Rossi tribute helmet, with the Ducati rider picking the livery the number 46 used to win his first title with Yamaha back in 2004.

Rossi ended his 432nd and final grand prix start in 10th and embraced Bagnaia after the chequered flag.

“The most important thing was to celebrate him in the best way possible, and with my favourite helmet he did in the past – and the most significant I think, because in 2004 he won with Yamaha, it was not easy and he won,” Bagnaia said.

“So, was for me was the nicest one for the story this helmet had.

“So, I chose this one and today was the best way possible to celebrate him in his last race by winning.

“And it was nice the hug we had on track after the chequered flag. We shared a lot of emotions there, so I’m very happy.” 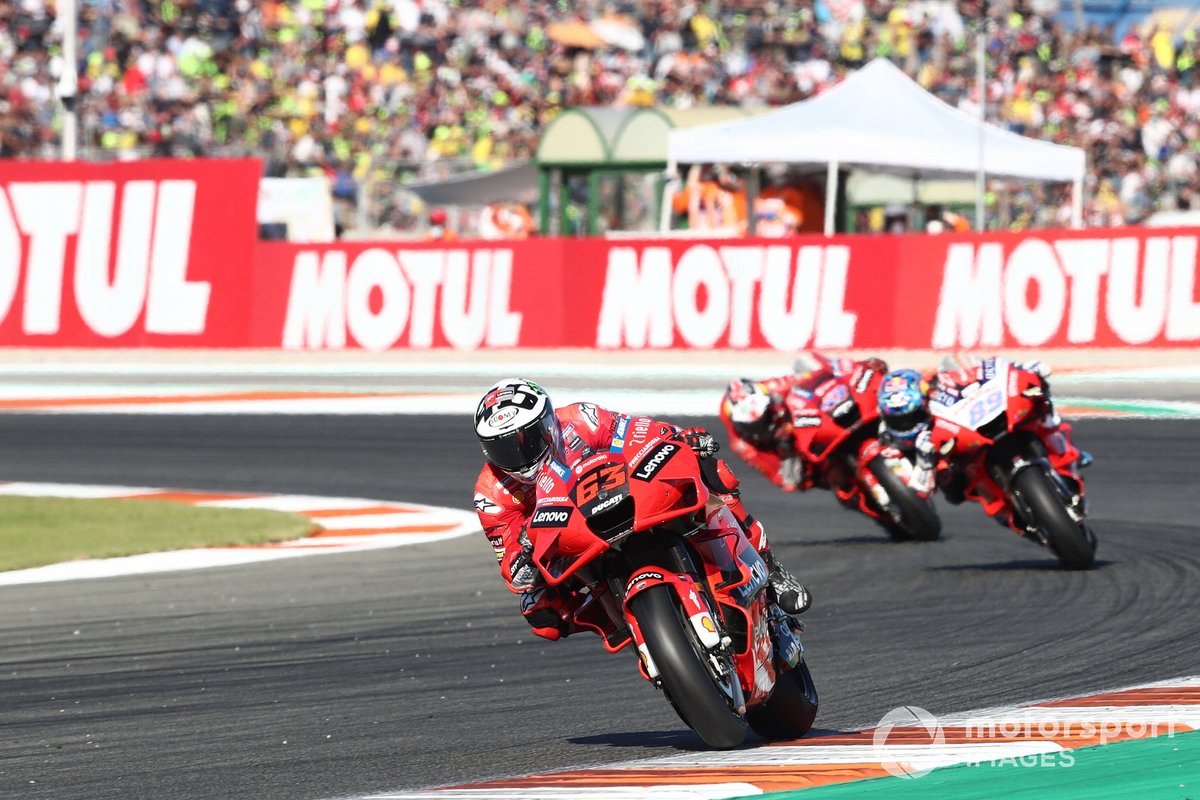 When asked by Autosport if he felt any added pressure to win on Rossi’s final MotoGP appearance, Bagnaia added: “Sincerely not because [it was] was a positive pressure.

“I was not fighting for anything because the championship positions were already decided.

“So, I was just doing my race and I was doing what I was doing all the weekend. I’m just so happy to have won with this helmet.”

Bagnaia ends his third season in the premier class as runner-up in the standings and just 26 points behind world champion Fabio Quartararo in the end, who was fifth in the Valencia GP.

His victory today and third for team-mate Jack Miller also secured the factory Ducati squad the 2021 teams’ championship to add to its manufacturers’ crown.