MotoGP riders want Silverstone resurfaced, after bumps in the track surface got worse between the 2015 and '16 British Grands Prix

Silverstone has hosted MotoGP since 2009, and will remain the venue next year at least, after agreeing a new deal with the delayed Circuit of Wales project.

"Every year it is getting more bumpy, probably because of Formula 1 and other cars.

"And also the grip is not the same as in previous years, it's slower and slower and more difficult to arrive close to the record."

Pramac Ducati rider Scott Redding surmised that the bumps were "where they have always been, but it has got worse - from last year it took quite a big step". 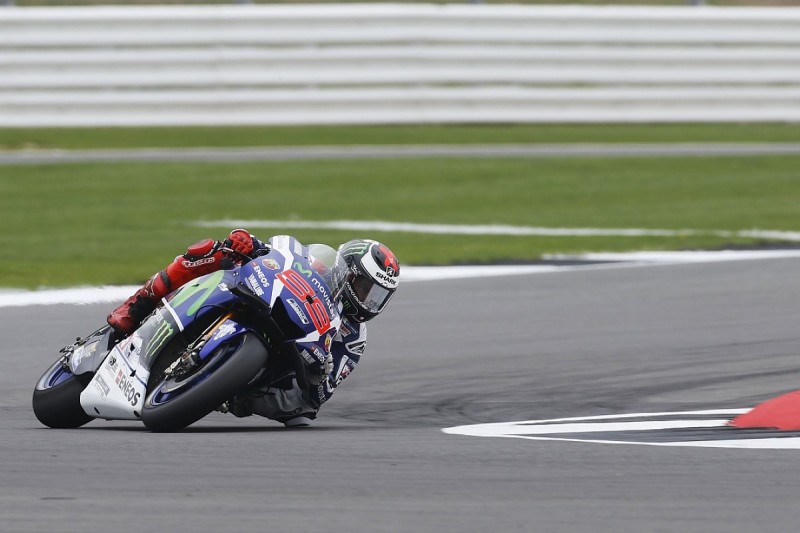 Fellow Brit Cal Crutchlow said it was an ongoing problem, and had been raised by riders, including during last Friday evening's safety commission meeting.

"We want this place resurfaced," the LCR Honda rider said.

"We've been wanting it to be resurfaced for the last five years, but it's going to be difficult to try and convince them.

"I think they've got worse, we complained last year and the year before.

"They resurfaced Turn 1 [Copse on the MotoGP layout] and now Turn 1 is worse than two years ago.

"You're in a no-win situation because as soon as they resurface it, the Formula 1 will do a year on it and it will do the same. So what can we do?"

Crutchlow added that the way the bumps were developing was "really strange", given that the bulk of the circuits on the calendar also host a considerable number of car-racing events.

"A lot of the other tracks have bumps but they don't get as bad as here," he said.

"It's probably because the track is flat. The other circuits, the braking is uphill, downhill, here it's all flat so you notice it a lot more.

"But we would obviously prefer that they changed it."