Dupasquier sadly succumbed to injuries sustained in a serious accident during qualifying for the Moto3 Italian Grand Prix.

MotoGP held a minute of silence ahead of the Italian GP following Dupasquier’s death, while his Prustel GP team vowed to continue racing on in his memory.

This weekend’s German GP is the home round for the Prustel GP, who is situated close to the Sachsenring circuit and has been displaying a tribute banner to Dupasquier.

In an official ceremony on Friday evening, MotoGP officially retired Dupasquier’s #50 race number from use in Moto3 in tribute to the late Swiss rider.

In a special presentation, Dorna Sports CEO Carmelo Ezpeleta and FIM board member Jan Stovicek presented Dupasquier’s Prustel GP team with a special trophy to mark the retirement of the #50 from Moto3 competition. 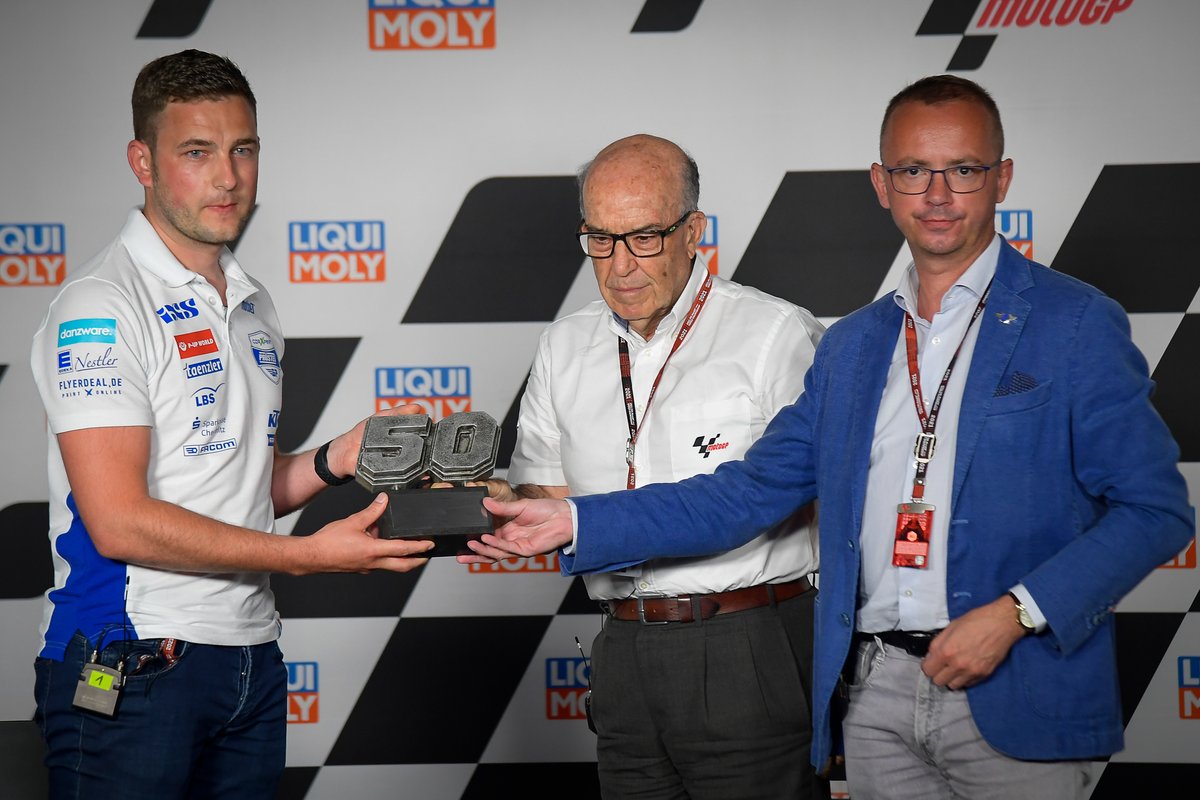 Dupasquier’s is the sixth race number in grand prix racing to be officially retired from use.

The first number to be retired was 1993 500cc world champion Kevin Schwantz's famous 34, which could only be used in the lower categories following his retirement in 1995.

In tribute to his career in grand prix racing, Loris Capirossi’s #65 was retired following his retirement in 2011, while Daijiro Kato’s #74 was retired in honour of the Japanese rider following his death at Suzuka in 2003.

In Moto2, no rider is allowed to use the #48 after it was retired following Shoya Tomizawa’s death at Misano in 2010, while Marco Simoncelli’s #58 was retired from MotoGP last year in tribute to the Italian who died at Sepang in 2011. 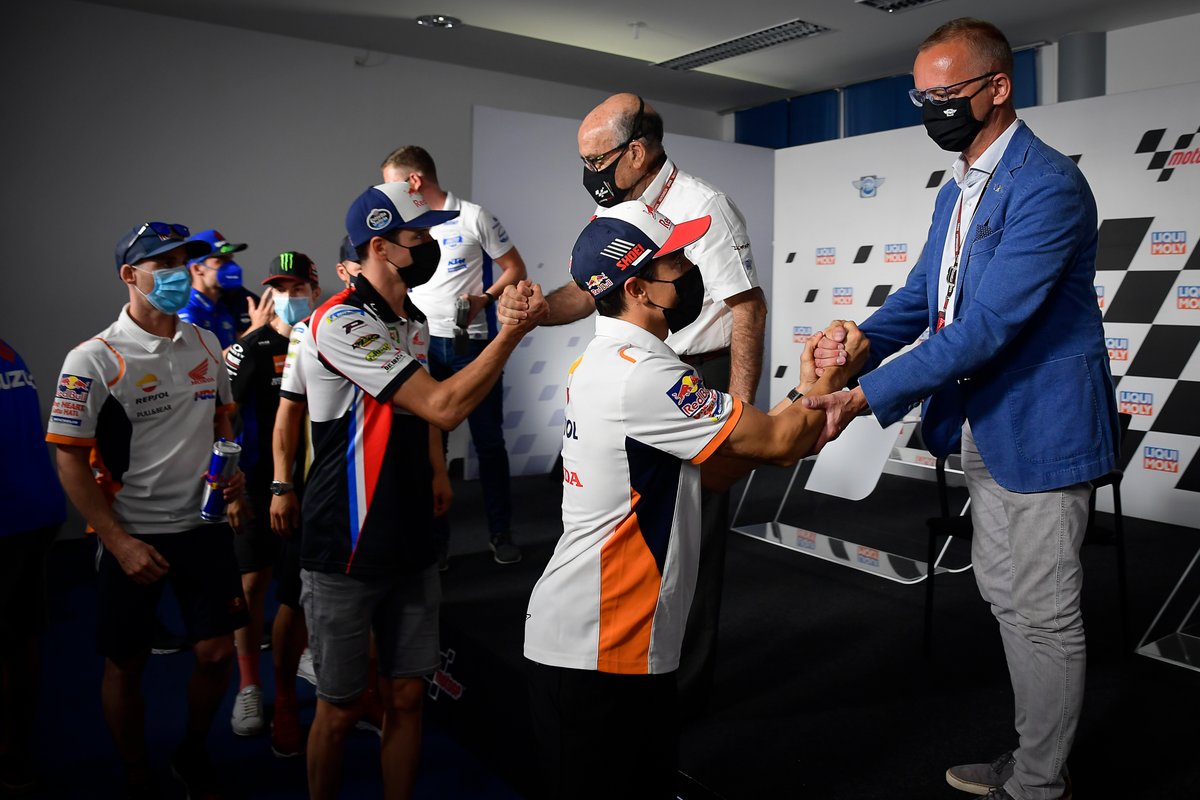 MotoGP’s decision to continue racing at Mugello in the wake of Dupasquier’s death proved to be a controversial one, with a number of riders expressing disappointment that the grand prix went ahead.

Since Dupasquier’s death, a number of riders have been carrying tributes to the Swiss on their racing gear and motorcycles.