Ducati's Andrea Dovizioso set the pace in the opening practice session of the 2018 MotoGP season in Qatar, beating Valentino Rossi by just 0.061 seconds

Continuing his impressive form from the third and final pre-season test at the Losail circuit, Dovizioso retook top spot with three minutes remaining of a first session held in daylight hours.

He set a best time of 1m55.366s to oust Rossi from first by four tenths after the factory Yamaha rider had displaced Dovizioso moments earlier.

While Rossi improved in the dying stages, his 1m55.427s effort left him just over half a tenth shy.

A last-minute improvement for reigning champion Marc Marquez put the Honda rider third, 0.316s behind his 2017 title adversary Dovizioso, with Andrea Iannone making it four different manufacturers in the top four on the best of the Suzukis.

Jorge Lorenzo led the way in the opening stages on the second works Ducati but ended up fifth, a little more than half a second behind team-mate Dovizioso. 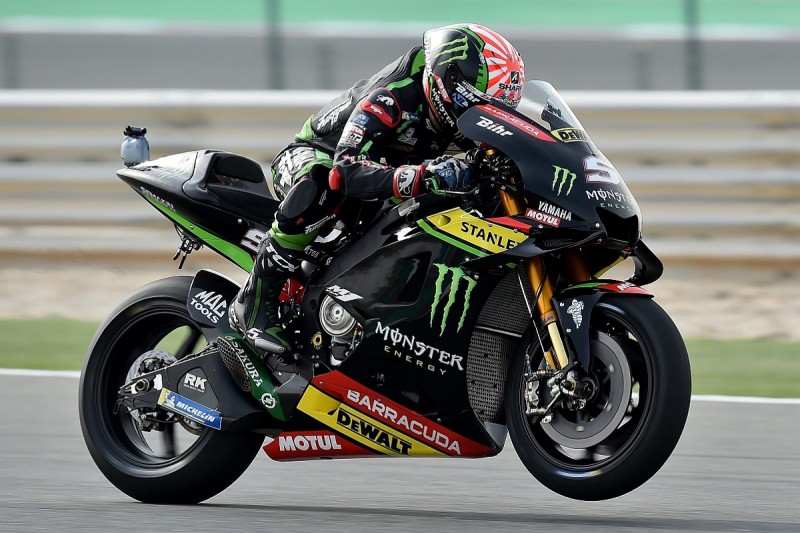 Best of the privateers was Johann Zarco on his 2016-spec Tech3 Yamaha, ahead of LCR Honda man Cal Crutchlow and Alex Rins on the second Suzuki.

Maverick Vinales was 0.764s adrift on the second of the factory Yamahas in 11th, one place ahead of Dani Pedrosa on the second works Honda.

Aleix Espargaro was 13th fastest with his Aprilia now equipped with the latest-spec of engine that had been due to come on stream in Qatar testing before being delayed.

Hafizh Syahrin, Tech3's late signing for the 2018 season, was top rookie in 15th.

KTM's charge was led by Pol Espargaro in 17th, the Spaniard joining Thomas Luthi and Alvaro Bautista in crashing during the opening session.