Yamaha has traditionally supplied one two-bike customer team in addition to its works squad, and needs to find a replacement for KTM-bound Tech3 if it is to maintain its four-bike presence in 2019.

Tech3 boss Herve Poncharal said last year he expected Yamaha to give Rossi's VR46 outfit priority over his own team, as it would not consider supplying more than one satellite operation.

The possible arrival of VR46 in MotoGP in 2021 - the earliest Rossi has said the team could enter - could therefore complicate any deal Yamaha makes with another team to replace Tech3 next season.

But Jarvis hinted that the manufacturer may be prepared to abandon its policy of supplying only four bikes, which would simplify the process of signing a new secondary team.

"If you go back way into the past, Yamaha was supplying more bikes than [four]," said Jarvis.

"Back in the days of WCM and d'Antin [both were Yamaha customers from 2001-02], we were supplying eight bikes.

"We had a lot of quantity but not so much quality. Then we made a change and went in a different direction, and we found the optimum level to achieve both was to have four bikes.

"That may change in future as well because a lot of things have changed in the last 10 years.

"We would definitely be open to supplying more than four bikes in future. I don't see that as a problem.

"Valentino hasn't decided definitively to enter MotoGP. And if he should enter, is it in 2021, is it one riders or two?

"That's three years away, we can change a lot of things between now and then.

"I don't think it's going to be a barrier to another team considering getting on board with Yamaha." 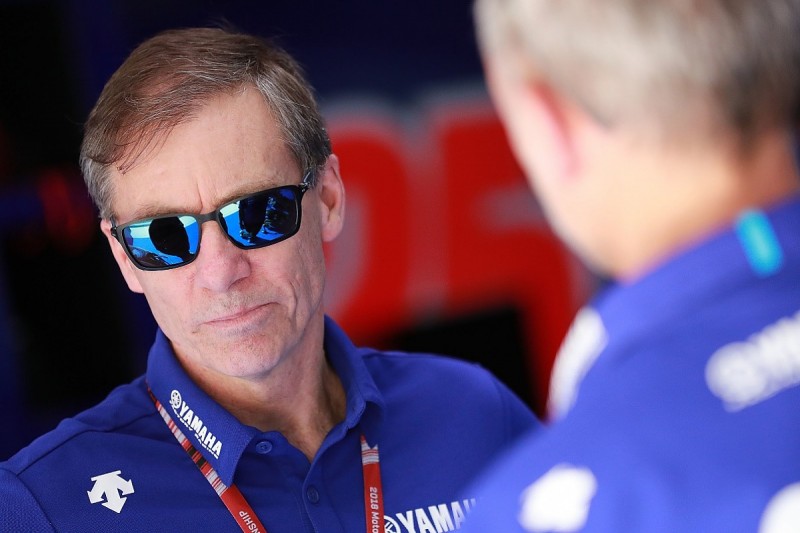 Jarvis added that while it was possible that Yamaha could opt not to have a satellite team at all in 2019, it would like to have any agreement it makes in place by the end of May.

"It's an option not to [have a satellite team] as well," he said.

"We'd like to have it done before June, because then you start to get into planning the next season; you've got to be ready with all your decisions on manpower, support, ordering parts and so on."