A revised schedule for the MotoGP season opener in Qatar means the two practice sessions that are held in daylight hours are being "wasted", according to Cal Crutchlow

The schedule at the Losail circuit was changed for 2018 to bring it in line with other tracks on the grand prix calendar, with four days of track action being condensed into three.

This has resulted in FP1 and FP3 both being held during the afternoon in much warmer conditions than would be expected for the race, which is set to take place at 7pm local time on Sunday.

LCR Honda rider Crutchlow, who ended the first day of running eighth and half a second slower than pacesetter Andrea Dovizioso, said he felt FP1 had been a waste of a session.

"It was our decision as well with the safety commission, the riders asked for the race to be earlier and this was the schedule we were allowed," he said.

"[But] these sessions in the daylight are not [only] wasted sessions but wasted tyres as well. You may as well test in the right conditions.

"In the test, I didn't leave the pitbox until 5.30pm, because it's pointless [leaving earlier] when we race in the night."

Crutchlow added that holding the race at 8pm could be a better solution in coming years.

"I think we should maybe put it back to eight [o'clock]," he said.

"We were at nine [last year], now we're at seven, so eight's a compromise. I think they are wasted, these day sessions.

"We decided that we needed the race earlier. We wanted it over three days, get here a day later." 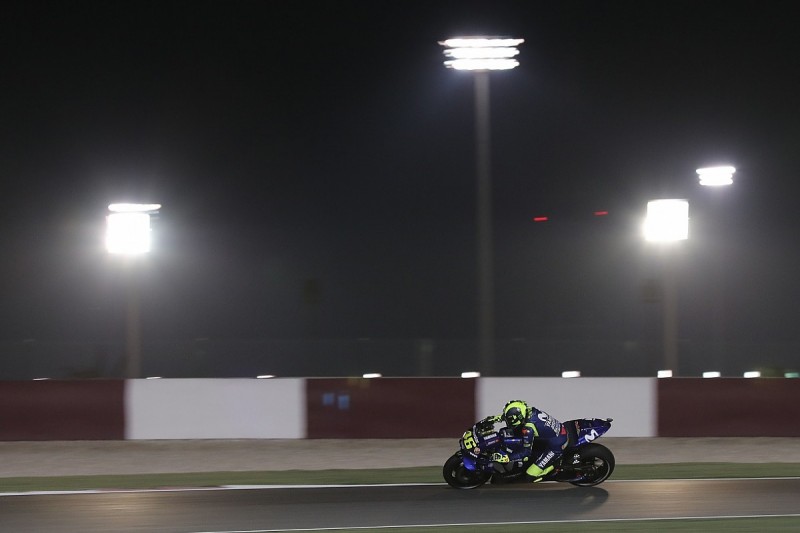 Valentino Rossi, who was ninth fastest overall on Friday, echoed Crutchlow's comments but welcomed the switch to a three-day schedule.

"For me it is better to have the weekend just in three days and not four because four is too long," said Rossi.

"I am very happy to race at seven o'clock and not nine because the track is better.

"The only problem is that FP1, FP3 [and] warm-up are not very important because you ride in hotter [conditions]."