Dovizioso, who had earlier topped the daytime FP1 session, edged out Pramac Ducati rider Petrucci by 0.006 seconds in the final minutes of the second session.

The second 45 minutes of running took place under the lights, in conditions more representative of what is expected for qualifying and the race itself.

LCR Honda's Cal Crutchlow was the first rider to dip below Dovizioso's first practice benchmark, but Marc Marquez assumed the lead as the opening runs concluded, posting a 1m55.043s.

That remained the time to beat until Suzuki's Alex Rins shot to the top with back-to-back fastest laps, a 1m54.997s followed by a 1m54.985s as FP2 entered its final 10 minutes.

A 1m54.367s from Petrucci kicked off a flurry of improvements with three minutes left on the clock, but only Dovizioso managed to go better than the Pramac man, logging a 1m54.361s.

Rins had been shuffled down the order but improved at the death to finish third, within a tenth of Dovizioso.

There was a sizeable gap between the top three and the rest of the pack, with Dovizioso's team-mate Jorge Lorenzo, who experienced a disrupted start to the session as he was forced to pit due to his GP18 sparking, almost half a second down in fourth.

Andrea Iannone was fifth on the second works Suzuki, ahead of Honda trio Marquez, Dani Pedrosa and Crutchlow.

They were followed by three Yamaha riders, with Johann Zarco in 10th slotting in between factory riders Valentino Rossi and Maverick Vinales. 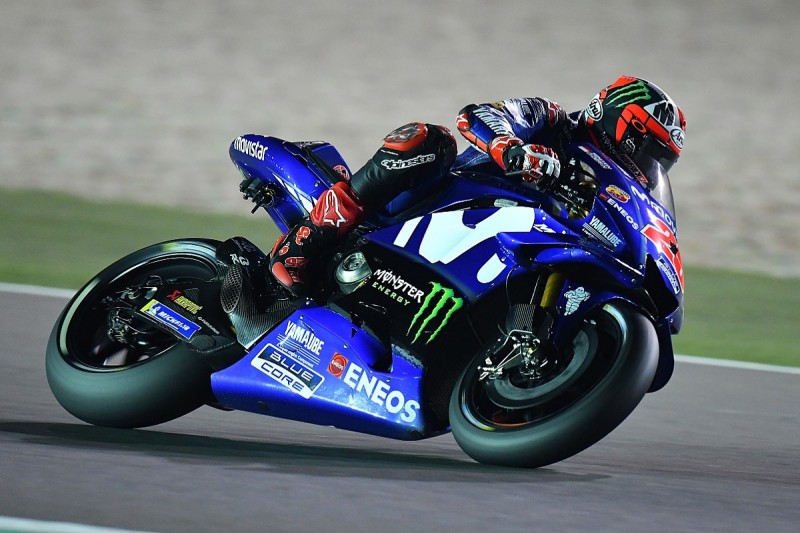 This means that Vinales, who won the race from pole last year, will miss out on an automatic spot in Q2 should he fail to break into the top 10 on combined times in the daytime FP3 session.

Aleix Espargaro was the top Aprilia in 12th, while his brother Pol led the way for KTM in 17th.